The ballots have now been counted in Washington’s primary election. Unfortunately, I will not be one of the candidates continuing on to the general election in November.

Thanks to all the voters and others who supported me, particularly intrepid volunteers like Marla Jones and Jack Hovenier, and graphics designer Dennis Phillips. Most of all I’ve appreciated my family’s love and support. 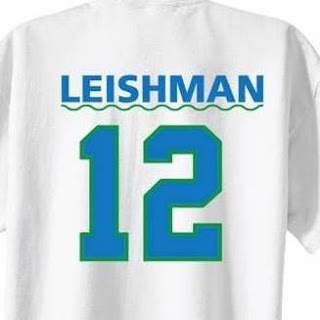 Before entering the race, I reached out to several people for campaign advice. A couple of friends shared their recent experiences as a candidate. Each survived the primary, only to fall short in the general election. When I asked each what they wished they had known as a new candidate, I expected tips about balancing family responsibilities, effective fundraising, or using social media. Instead, both independently gave me the same response – “I wish I’d known I was going to lose” – with the implication in each case that they wouldn’t have run at all.

Their observation stuck with me. I was entering a crowded and uncertain race, where four of five candidates would inevitably lose. I campaigned to win. But I also tried to use the experience – win or lose – as an opportunity for family and personal growth. I set goals about managing anxiety, creating positive experiences for my family, and raising my community profile. I didn’t meet my exercise targets, but I made progress on things like reading, writing, and unplugging from the internet.

Although I’m disappointed by the outcome of the election, I do not regret running for the Court of Appeals. I look forward to finding other opportunities for service. 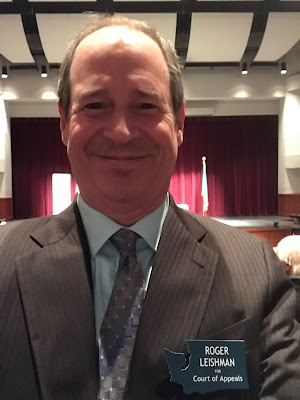 As any candidate will report, the best part of the experience was interacting with voters. For example, after my presentation at the League of Women Voter’s forum last month, I was touched by the women who came up to tell me I should be a teacher. Similarly, in an encouraging sign of voter engagement, my post “Vote for Roger” quickly received more hits than any of my prior blog posts. Multiple folks thanked me for explaining what appellate judges actually do.

Nevertheless, candidates can easily retreat to a bubble of positive news – no one bothers to tell you they’re voting for the other guy. (Other than the Second Amendment fanatic who scoured ancient Facebook posts looking for evidence that I would be a “gun grabber” as a judge.)

In the end, it’s not enough to be the most qualified person in an elaborate popularity contest. So I’m fortunate to have the recent example of watching my daughter gracefully handle defeat in her election for middle school class secretary. If she can do it, so can I. 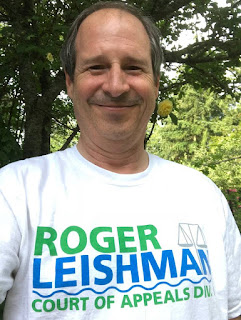 F. Scott Fitzgerald famously and falsely wrote “There are no second acts in American lives.” To the contrary, our lives are endless stories of reinvention and redemption.

I confess I got my hopes up over this judicial campaign thing because it seemed to offer such an elegant and appealing path out of the troubles that began plaguing me a few years ago. But so did my job at the university, as well as other promising job leads that didn't pan out. Yet. It turns out there is no one true Act Two (or Act Three, or Four, or whatever). So it's back to the job search, and writing, and a little legal work. Let me know if you hear of any professional opportunities in the area.

In the meantime, the kids will be back from summer camp soon, and we're looking forward to a fun conclusion to an interesting summer.

Thanks again to everyone for your support and encouragement. 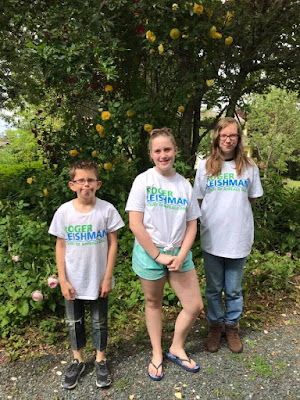