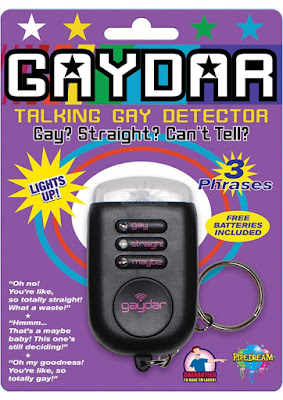 The Vancouver Men’s Chorus concert this June is called “Gays of Our Lives.” I previously wrote about two songs that evoked memories of gay life in the 1990s at the nadir of the AIDS epidemic, “Dance on Your Grave” and “I Shall Miss Loving You.” (I’ll get to the “Diva Medley” eventually. Be afraid.)

On one of many lighter notes, we’re also singing a song from the Broadway musical Legally Blonde, which is based on the Reese Witherspoon movie about a shallow California girl who goes to Harvard Law School for all the wrong reasons. (The only good reason for going to Harvard is you didn’t get into Yale.)

Apparently Legally Blonde: The Musical includes a courtroom scene where everyone tries to figure out the sexual orientation of one of the characters. They point to evidence such as his “slightly stubbly chin” and “tan, well-tended skin.” VMC, no doubt assisted by a corps of scantily clad dancing boys, will be asking the eternal question: “Gay or European?” 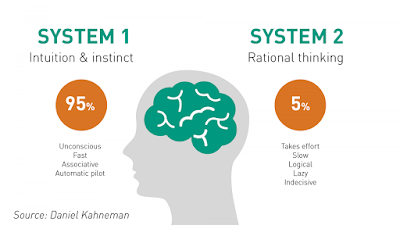 So is there such a thing as gaydar? Sure.

According to Nobel prize-winning psychologist Daniel Kahneman, “The normal state of your mind is that you have intuitive feelings and opinions about almost everything that comes your way.” As new sensory input is added to our existing memories and beliefs, human brains constantly strive to maintain a coherent model of the world around us. Including a checklist of who’s gay.

Kahneman describes how our brains rely on two contrasting mental processors, which I've referred to as Thing 1 and Thing 2. The first system is fast and automatic, constantly multi-tasking as it retrieves memories and generates intuitions. In contrast, the second system allocates our brains’ limited conscious attention to effortful mental tasks. Thing 2 sucks up a lot of energy. It would prefer to lazily coast along with the information and assumptions it receives from Thing 1.

Unconscious assumptions and even stereotypes are not necessarily bad – they’re simply how our brains work. The challenge is to make sure your own Thing 2 makes the effort to recognize, question, and overcome any implicit bias or cognitive fallacies that come between you and the truth.

Because we’re profoundly social animals, both our conscious and subconscious minds are particularly interested in evaluating each of the people we encounter. Are they members of our tribe or outsiders? Potential threats or lovers?

Humans are therefore born with a crude ability to read social cues. We continue to refine this faculty with the abundant information we’re exposed to every day of our lives. Unlike olfactory species like rats, or auditory species like bats, humans primarily rely on visual stimuli. (Although certain colognes will probably give you away….) Over time, just about everyone develops some kind of gaydar. The more we observe or interact with someone, the more accurate our intuitions and judgments become.

Modest but statistically significant evidence supports the claim that most people have at least some ability to distinguish between gays and Europeans. (Of course, thoughtful critics also warn against making rash decisions based on those intuitions.) Moreover, as an article in Psychology Today observed last year,

People differ in their gaydar abilities. People with strongly expressed homophobia aren’t very accurate at judging sexual orientation, even though they think they are. Straight people who have gay friends are more accurate in their judgments, but they feel less confidence in their assessments. And not surprisingly, gays and lesbians are generally quite accurate at judging sexual orientation.

The unconscious and conscious gaydar of LGBT folks tends to be more acute for several reasons. First, our ongoing experiences as members of the tribe makes us more likely to be aware of those tell-tale signs. Eventually.

Second, a stranger’s sexual orientation is fundamentally more relevant to gay people than to straights. As tribal creatures, all of us are hard-wired to recognize and affiliate with our particular clan and tribe. (Indeed, much of the unpleasantness in the world today results from innate tribalism run amuck, as humans awkwardly adapt to a social environment far removed from our hunter-gatherer roots.) If gayness is central to your identity, your brain will work extra hard to identify other queer folk, and weed out those Continental imposters with hypnotic accents.

Finally, research suggests that LGBT people are often more adept at reading social cues than the general population. In a study published in the London School of Economics Business Review, three sociologists tested the following hypothesis:

Since gay men and lesbians tend to experience the threat of discrimination from a young age, knowing how to read social cues might be an important acquired skill for these individuals. Thus we expected that gay men and lesbians would be more likely to be in jobs that require high levels of social perceptiveness (e.g., psychologists and teachers) rather than in ones where such a skill is less needed (e.g., laboratory scientists and actuarial analysts).

The data indeed supported their theory, with gay men and lesbians disproportionately represented in such occupations as counselors, lawyers, massage therapists, and funeral directors.

I used to have reasonably good gaydar (except for the gaping blind spot of all my closest friends since kindergarten turning out to be gay). However, one of the unfortunate effects of PTSD has been to nudge me several notches along the autism spectrum. In the last couple of years I’ve had a lot of difficulty reading social cues, particularly with the gays. I may have to return my gaydar merit badge. 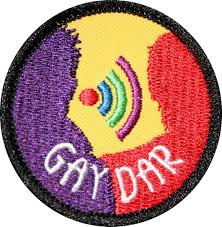 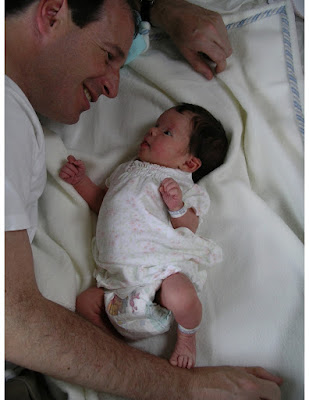 Is “Ferberizing” still a thing?

Thirty years ago, Dr. Richard Ferber wrote an influential book advising parents to let their baby “cry it out” for specified periods before offering comfort. I vividly recall an elegant dinner party where the guests all dutifully ignored the banshee screams upstairs, as well as the mortified parental faces downstairs.

I don’t know if Ferberizing actually works. Every time we tried to put newborn Eleanor in the crib, her sobs and shrieks were too heart-breaking to find out. Instead, every night of her first year, Eleanor fell asleep in Daddy’s or Papa’s arms.

Last year I read a memoir by my contemporary and doppeler Rob Lowe. Among the many things we have in common are a passion for fatherhood, including its bedtime rituals. Lowe writes movingly about how his older son always insisted his father tuck him in bed with dad’s special burrito-blanket fold – until the inevitable day when his son said he didn’t need to be in a burrito to sleep any more.

As I tucked my son in bed last night I felt just like Rob Lowe, or maybe like Winnie the Pooh contemplating Christopher Robin’s looming betrayal: 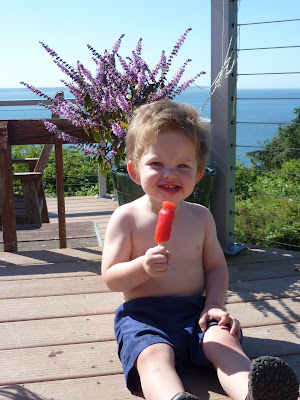