Beer has only four ingredients. Yesterday we looked at the two kinds of Yeast brewers use for fermentation, which determine whether your beer is an Introverted Ale or an Extroverted Lager. Today we examine the other three ingredients that give each brand or batch of beer its individual personality: Malt, Hops, and Water. 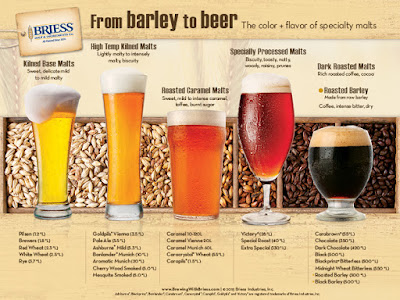 Malt is the “soul of beer.” Malt is cereal grain whose germination process has begun, then is abruptly halted. The poor plant thought its bounty of complex carbohydrates would be used to grow lovely stalks and sheaves, and hopefully end up either in artisan bread or free-range chicken feed. Instead, all that sugar becomes goo that is fermented into alcohol and brewed to your satisfaction.

Over the centuries, brewers made beer from various kinds of grains, although barley tends to be the default (unless you’re marketing to the gluten-free crowd). Wheat and rye are popular alternatives, particularly in our delightful era of variegated craft brews.

Much of the taste of beer comes from how the malt is processed. It can be lightly kilned, caramelized, crystalized, dark roasted, etc. Very dark roasts like Guinness stout are for people who think Starbucks coffee doesn’t taste burnt enough.

When I first learned about beer’s four components from a craft brewer many years ago, he dismissively told us the so-called “beer” produced by Budweiser or Miller had something like forty additional ingredients. Because alcohol is regulated by the Bureau of Alcohol, Tobacco, and Firearms rather than the Food and Drug Administration, American brewers are not required to disclose their product ingredients. A food blogger discovered ATF had approved a long list of potential beer additives, including “high fructose corn syrup, artificial flavors, stabilizers that are linked to intestinal inflammation, artificial colors like caramel coloring, ingredients found in airplane de-icing liquid, genetically modified ingredients, and even fish swim bladders." In 2014, the blogger started a petition campaign demanding the truth.

Even with Budweiser’s disclosure, I’m not about to order a pitcher of Bud Light. As cartoonist  Sandra Boynton wrote in her classic book Chocolate: A Consuming Passion,

Carob is a brown powder made from the pulverized fruit of a Mediterranean evergreen. Some consider carob an adequate substitute for chocolate because it has some similar nutrients (calcium, phosphorus), and because it can, when combined with vegetable fat and sugar, be made to approximate the color and consistency of chocolate. Of course, the same arguments can as persuasively be made in favor of dirt.

Substitute the words “Budweiser” for “carob,” “beer” for “chocolate,” and “urine” for “dirt,” and you’ve captured my attitude about American mass-market beer. 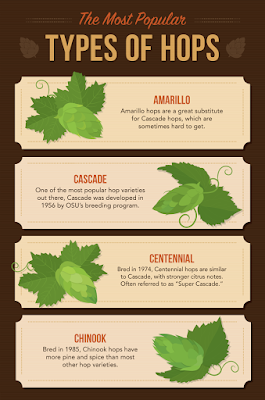 Hops are the “spice” of beer. A beverage made from only malt, yeast, and water would be “sickly-sweet and dull.” Even college students and alcoholics deserve better.

For thousands of years, ale “was flavored and preserved with a mix of spices and fruits commonly referred to as ‘gruit’ or ‘grut.’” After centuries of experimenting, brewers ultimately settled on hops, the flowers of Humulus lupulus, which is an herbaceous perennial climbing plant. H. lupus is a member of the family Cannabaceae, which also includes our friend cannabis. Cultures around the world had previously used hops as an herbal remedy. As with so many of the great breakthroughs that define civilization, I can’t help wondering who was the first person who thought “lets put some of this nasty weed/ homeopathic sleep aid into that vat of fermenting ale.” Perhaps a child whose single parent’s back was turned.

Bavaria is the world's largest hop grower, specializing in so-called "noble" European types of hops. Here in the Pacific Northwest we grow the good types of hops instead.

Hops add subtle flavors to beer throughout the brewing process, but their primary role is to balance malt’s sweetness with some zesty bitterness. A beer’s hoppiness is calculated in “International Bitterness Units,” or IBUs, which measure “alpha-acid concentrations.” Theoretically the IBU scale allows for an infinite amount of bitterness. Like my life. But you’ll probably only find beer (and hopefully life) with an IBU rating between 5 and 150.

Flavour-challenged Budweiser checks in at a mere 7 IBUs. Just sayin. 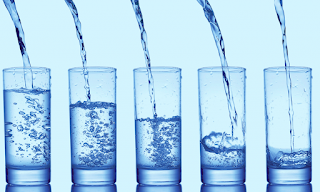 Basically water comes from two sources: surface water from lakes, rivers, and streams; and groundwater, which comes from aquifers underground. Surface water tends to be low in dissolved minerals but higher in organic matter, such as leaves and algae, which need to be filtered and disinfected with chlorine treatment. Groundwater is generally low in organic matter but higher in dissolved minerals.

Depending on which kind of water source they rely on, brewers will tweak the fermentation and brewing process along the way to assure the proper pH balance, and to avoid contamination or odd aftertastes. If the water in beer is doing its job right, you shouldn’t notice it.


Coors and other brewers fill their advertisements with subliminal messages of flowing streams, reminding us you can’t make good beer with bad water. Nevertheless, despite what you may remember from Olympia Beer’s long-running ad campaign, beer is not brewed by magical Artesians. 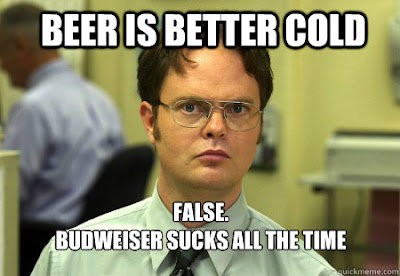