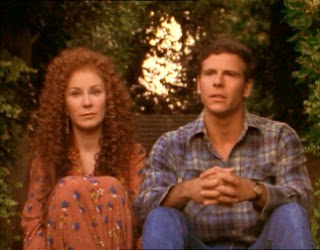 Like most readers of Armistead Maupin’s Tales of the City novels, I’m particularly fond of the first couple of volumes in the now nine-book series. Tales of the City and More Tales of the City introduce Maupin’s quirky characters against the backdrop of 1970s San Francisco. Maupin perfectly captures the ephemeral era after Stonewall but before AIDS.

I also connect to Maupin’s earliest novels because I first encountered them in my mid-twenties, when I was exactly the same age as Tales’ two primary protagonists: Michael “Mouse” Tolliver, the heart-on-his-sleeve gay man; and Mary Ann Singleton, newly arrived from Cleveland.

Maupin introduced Mona's Law in his second novel, More Tales of the City, in 1980. Thirty years later, the New York Times ran an interview with Maupin on the occasion of the publication of the eighth volume of Tales, as well as a Broadway adaption of the original story:

To keep up with the younger generation, Mr. Maupin also has what he calls “spies.” One is his 25-year-old physical trainer. “She alleviated my fear over whether or not I was missing the spirit of the times. She sounds so much like my friends from 30 years ago,” he said. “It’s basically still the same when you’re young and new in town and trying to beat Mona’s Law” — named for a major character in the series — “which is that you can have a hot job, a hot apartment and a hot lover, but you can’t have all three at the same time. That formula still applies.”

When I was writing my original blog post about Mona’s Law, I couldn’t recall whether Mona’s operative word was “great,” “perfect,” or “dream.” After reading the Times’ interview with Maupin, however, the actual word choice – “hot” – makes sense. New adults see the world through the narrow prism of jobs, apartments, and lovers. Only someone who is “young and new in town” would relish the challenge of beating Mona’s Law. As a frumpy middle-aged single dad, I can’t remember the last time I lusted after anything “hot” besides coffee.

Happiness guru Daniel Gilbert observes “we are among the first human beings” to enjoy the personal freedom of making “three important decisions in our lives: where to live, what to do, and with whom to do it. We choose our towns and our neighborhoods, our jobs and our hobbies, we choose our spouses and our friends.”

A new adult’s relentless focus on finding and juggling that one hot job, apartment, and lover reveals the myopia of youth. As Professor Gilbert suggests, a lifetime of happiness depends on zooming out a bit. First, regardless of where we grew up, we can choose a congenial location to live in (even if your present living situation isn’t ideal). Second, humans are intensely social creatures – it’s hard to be happy without first finding a few good friends and a tribe where you belong (even if you remain perpetually single). And third, quality of life closely correlates to our satisfaction with the various enterprises we devote our time to (even when you can’t wait to quit your day job, or still can't find one).

Ironically, for me the least important of Mona’s three focused targets is the only one I've currently achieved (the hot apartment). Conversely, on Professor Gilbert's broader level, I've learned location is the most important general factor for my own continued happiness.

For example, twenty years ago I moved to Chicago for my dream job as a full-time gay rights lawyer. Then and now, this particular job description cannot be found in the I-5 corridor connecting Vancouver, Bellingham, Seattle, and Portland. Living in Chicago was great, and I loved my job and my friends there. But after five years, both my boss and my boyfriend pointed out I was obviously intensely homesick for the Pacific Northwest. It turns out I'm just like our lovely broadleaf evergreen madrona trees (called "arbutus" across the border). I only thrive in a narrow mossy range, and transplanting would kill me.

Perhaps my nonnegotiable location preference is a result of strong early imprinting on trees and mountains, or scarring from the trauma of moving from Vancouver to a small town in Utah for junior high. Or maybe it's just heaven around here.

Mona’s Law doesn’t even address a couple of the most important dimensions of happiness. Nevertheless, I’m confident Maupin himself would agree with the first example: Art.

Over the years, I've pursued legal work with diligence and occasional enthusiasm. Other social enterprises also can be fulfilling. But nothing satisfies the creative urge the way Art does, whether it's music, theater, or literature. In particular, while patronizing the arts can raise our spirits, creating art takes us to an entirely different place.

I sing in Vancouver Men's Chorus to have fun and save my sanity, as well as for the occasional encounter with Truth/Beauty. (I can't wait to perform Stephen Smith's gorgeous "Sonnet" again this year.) Nevertheless, Art can also be an oddly asocial experience for such a deeply social species. Ultimately creation is not for an audience or even the artist.

I write because I can't stop. And after twenty years of painful writer's block, I'm glad I finally can.

The second obvious omission from Mona's Law is Children.

As usual, Stephen Sondheim got here first. After enjoying a singular artistic career, Sondheim revealed his only regret was not having children. Into the Woods reminds us "Children Will Listen." Sunday in the Park with George centers on "Children and Art."

Neither Maupin nor his surrogates Mouse and Mary Ann made room in their lives for children.1  It may just be a generational thing. Unlike Sondheim and Maupin, I came along in the first era when it was conceivable to have children as an out gay man.

1In the later Tales, Mona leaves San Francisco for Seattle and then Great Britain. She ends up in a convenient green card marriage with a posh gay Englishman, and eventually fosters a queer youth. Mona would probably agree she outgrew her own Law.

As a gay ex-Mormon, I'm particularly fortunate I adopted all three of my kids together with another man. My ex, his new husband, and I get along great, with no need for the legal system to resolve disputes. We've always made the children's happiness our priority. Neither the Mormons nor the Missouri Synod Lutherans got a chance to corrupt them.

Recently a MoHo friend signed me up for an online group of gay Mormon fathers. Most of the other dads are more typical examples of BYU alumni. They complied with God's commandment to marry a woman, then had multiple children at an early age. Each went on to endure the inevitable trials of a "mixed orientation marriage," exacerbated by a virulently homophobic religion. These men represent different stages of the process. Some divorced long ago, often accepting limited or no access to their own children. Frequently the kids' bitter mothers – with the enthusiastic support of Mormon relatives and neighbors – conducted brutal campaigns to alienate the children from their fathers, and to demean our cursed "lifestyle." Other men in the group are just beginning to come out to themselves. Many of these married couples still live together. They struggle to parent effectively, while resolving their conflicted religious and sexual identities, and healing the wounds they inevitably left on each other.

When I asked another Mormon gay dad friend what I have in common with these shattered fathers, he pointed out how many of them suffer from PTSD as a result of their traumatic experiences. My own PTSD symptoms are rooted in the horrifying messages and other traumas I encountered as a perfectionist, closeted gay Mormon youth. So I listen to these father's stories, weeping with their pain and their eventual hope and joy. Like the other gay Mormon dads, I'm grateful I survived the horror, but mostly I'm thankful for my three wonderful children. 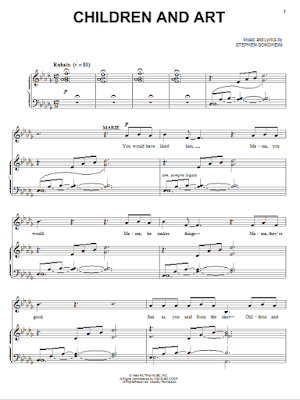 Numerous studies suggest having children actually reduces happiness, both in the short and the long term.2 Perhaps "happiness" doesn't mean what these particular psychologists think it means. But whatever it is, I'll take it.

2In an NPR segment drilling down into the data, Steve Inskeep paraphrased Tolstoy to observe "Happy families are all alike. Unhappy families have kids under five or teenagers."

As I wrote last year, our family’s favorite television show is The Flash. One of the show's major themes is our relationship with the past and future. If you run as fast as the Flash, you can go back in time. And forward. Barry Allen and Team Flash are always agonizing about when you’re allowed to go back and change the past, and the potential consequences for the present and future. Fans of Doctor Who already know there are certain fixed points on the timeline of the universe that cannot be altered, even by a speedster or Time Lord.

Last season on The Flash, Barry went back to the past and created an alternative timeline, called “Flashpoint,” where his mother was never murdered. Barry spent a few idyllic months living the family life he never knew. Then the whole universe fell apart, and Barry realized by creating Flashpoint he wrought havoc on everyone around him.

The most important fixed point on my own timeline occurred in Spring 2011, when we salvaged Oliver’s adoption. Since 2011, I have made numerous mistakes I would reverse if I could. I have been beset by plagues I would avoid if I had the Flash’s time-traveling abilities. I would love a do-over.

I also made a lot of mistakes before 2011. I suffered trauma that still haunts me. But I would not change a single moment that led me to my daughters and son. 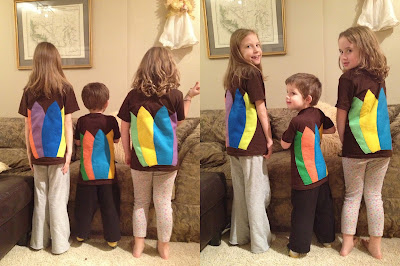