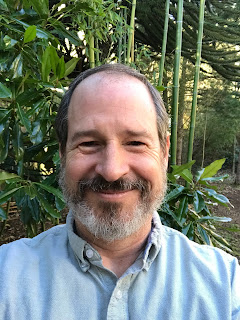 At dinner yesterday, two people said it had been too long since I’d published a short blog post. This is for you lightweights.

I am not a facial hair person.

Often the beard barely lasts the two weeks of winter break. One year, very long ago, the beard survived until October. (There were extenuating circumstances.) A couple of additional times I’ve made it to March without shaving. As I recall, last year I met my goal of Groundhog’s Day. Generally the itchiness has driven me crazy by now.

So it's time to begin the annual survey, even though I think the resulting data will be utterly unreliable. I don’t have enough background in statistics to compensate for pro-beard bias caused by (a) inertia; (b) the exuberance of a handful of vocal pro-facial hair partisans out there (I’m looking at you Fabyo); and (c) the fact that most of my anti-beard friends are much too polite to tell me to my face that they don’t like my face.

Unlike statisticians, lawyers consider certain answers dispositive, at least when they come from the right person. Obviously, I’m really waiting to hear the magic words “If you shave [or don’t shave] I would definitely date and/or hire you.” I'm just having fun with numbers in the meantime.

The kids are now back from a week across town with my ex and his husband. As Oliver and I cuddled in bed last night, I conducted my survey:

1I have no idea where he picks up these bad habits. We'd just finished a discussion about bedtimes; unlike my son, I was calm and did not rely on a fallacious appeal to authority. However, my logic failed to persuade Oliver.