Recently I shook your faith in the reliability of Myers-Briggs personality tests when I described them as “Astrology for Nerds.” Now that the initial shock has passed, you’re probably searching for a new way to insightfully categorize yourself and your loved ones. May I suggest beer? 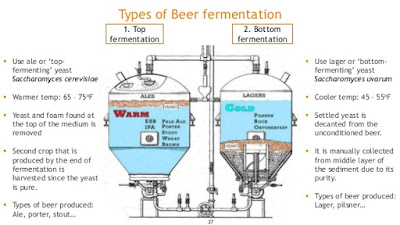 Beer is made from only four ingredients: yeast, malt, hops, and water. Just like the four dimensions of Myer-Briggs personality types.

As with the fundamental divergence between introverts and extroverts, our beer personality divide begins with the two contrasting species of yeasts used in fermentation. Introverted Ales are made with saccharomyces cerevisiae, which is the same yeast used to bake bread. Bakers and brewers are traditional colleagues, just like barbers and dentists. Ales are as old as civilization, along with agriculture, politics, and writing.

The key distinction between ales and lagers is the species of yeast used in fermentation. Nevertheless, folks also highlight differences between how the two kinds of beers tend to be processed, particularly the temperatures involved, as well as the timing of fermentation and other stages of the brewing process.

Most strains of s. cerevisiae thrive only at warmer temperatures, like introverts. S. pastorianus prefers significantly cooler temperatures. Even before Bavarian brewers recognized they were working with two different species of yeast, they experimented with cold-temperature brewing processes. In fact, the word “lager” comes from a German term for cold conditioning. Lagers didn’t really catch on elsewhere until the beginning of the nineteenth century, when they flowed forth from Bavaria and Bohemia. Now the vast majority of beer output worldwide consists of lagers, including mass-market American beverages like Budweiser and Miller.

Blame the lawyers. As beer fermented in open vats, the warm oozy process invited contamination by other organisms. Brewers countered with all kinds of additives to mask the funky taste, “including soot, oxen bile, chicken blood, salt, pith, chalk, legumes, rushes, tree bark, even poisonous mushrooms. In the cold Bavarian winters, on the other hand, bacteria were rarely able to survive and thus winter beers tended to be much more palatable.”

In 1516, the Duke of Bavaria issued the Reinheisgebot (Beer Purity Law), decreeing brewers could only put barley, hops, and water in their beers. (The Duke didn't mention microscopic fermenting microbes because he couldn't see them.) This law, later extended to a unified German nation, is the world’s oldest food safety regulation.1


1Apparently the barley requirement in the Reinheisgebot was not a matter of health or taste, but rather a price control mechanism intended to protect bakers who depended on the supply of other grains for milling flour. The Duke’s successors granted lucrative monopolies to individual brewers who wanted to use wheat instead of barley in their beer (presumably in order to attract future Portlandians).

The Reinheisgebot proved insufficient to purify summer beers. In 1553, an exasperated Duke simply outlawed brewing from April 23 to September 29. His decree finally succeeded in cleaning up Bavarian beer. But it had the unintended consequence of causing lagers to displace ales in all Bavarian breweries, and eventually most beers worldwide.

Ales are often referred to as “top fermented” because of the mound of yeast and foam that collects at the top of the vat. Lagers are “bottom fermented.” This is mostly a result of the temperature difference in the two brewing processes. Fermentation actually occurs in solids dispersed throughout the liquid. Hence the chemistry nerd T shirt: “Beer is always a solution.” 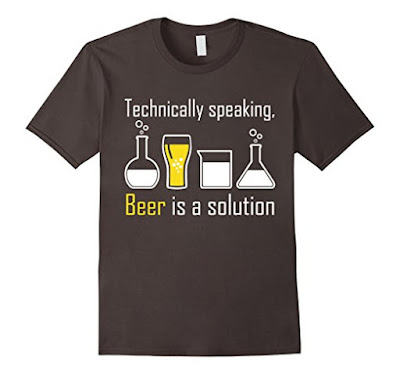