People with PTSD should consider switching back to Comcast. Someday.... 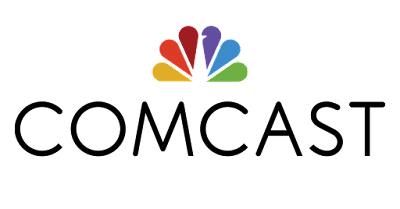 It all started with my landlord Carl’s cryptic handwriting.

Our house in Bellingham is part of an intergenerational oasis on the forested slopes of Sehome Hill. We share a lush acre-plus garden with a second house across the pond, where my retiree landlord and several boarders live. When I moved in two years ago, I transferred my longstanding Comcast account from our Seattle apartment to the Bellingham house. Each month, evil monopolist Comcast sent a bill and accepted my payment for internet and cable television services.

At the end of every month, Carl leaves a post-it note on my desk lamp with his mysterious calculation of each tenant’s share of the various communal utilities. His handwriting is illegible, so it was several months before I figured out one of the squiggles said “Comcast.” There’s only one cable running to my house. Carl had been paying Comcast (and then charging me) for the exact same internet and television service, at the exact same address, that Comcast had already billed me for.

As I previously reported, this discovery resulted in several unpleasant telephone conversations with increasingly senior Comcast representatives, culminating in my first experience with a customer-service-induced PTSD episode.
Comcast eventually stopped its fraudulent billing practice. But they told Carl they wouldn’t even discuss any refund of our double payment until we returned every piece of electronic equipment that had ever been registered at my address. (They refused to talk to me about it at all, purportedly out of concern for Carl’s privacy.)

It took a while, but I gathered all the outdated cable boxes and routers that prior tenants had abandoned in various corners of the house. I carried my box of obsolete treasures to Comcast’s spacious local customer “service” center. Where I enjoyed yet another PTSD-symptom-triggering example of Comcast’s wretched customer service. 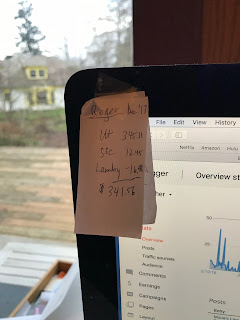 Like the hero in a fairy tale, I dutifully performed every crazy task I was assigned. Nevertheless, Comcast continued to ignore Carl’s and my complaints about their months of fraudulent double billing.

Fortunately, Comcast’s competitor CenturyLink finally ran their fibre-optic cable up the hill. Meanwhile, like everyone else in America, the kids discovered so many online television alternatives we stopped watching broadcast TV altogether. It only took a short trip to the Comcast customer service center to cut the cord. As I reported at the time, “I never did receive any credit from Comcast for my months of double payments….”

I didn’t want to gum up our quickie divorce with another futile spat over double payments. Instead, I decided to play the long game. I began by refusing to make any payments to Comcast for the last few months of our relationship, ultimately ending up with $367 in unpaid charges as of the date of our dissolution.

My separation from Comcast was final in October 2017. They kept mailing me increasingly belligerent bills. I ignored them.

Comcast tried calling my cell phone, but I screen my calls. I don’t remember Comcast leaving any messages where they identified themselves. But I recognized the sound of Comcast’s heavy breathing, as well as the familiar clicks and dropped calls of their so-called “customer service.”

Eventually the communications from Comcast stopped. Instead, earlier this year I got a letter from a Seattle-area collection agency informing me they were about to take legal steps to obtain the money Comcast claimed it was entitled to.

This is exactly what I had been waiting for. The collection agency enclosed a form asking whether I disputed Comcast’s claimed debt, together with a self-addressed envelope. I checked the “disputed” box, explained the nature of my dispute with Comcast in one sentence, and mailed back the form.

A couple of weeks later, the calls from Comcast began again. I still didn’t answer. This time they left messages. I didn’t listen to them. But the new iPhone operating system now delivers garbled transcriptions of all your voice messages. I skimmed a few. Finally, I wrote down the return telephone number. 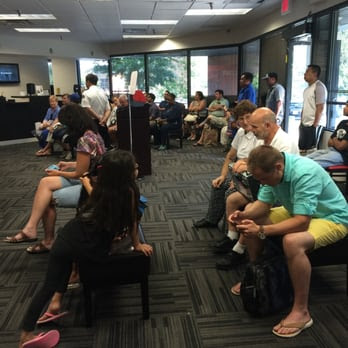 I waited for a lovely day: kids gone, house clean, sun out, etc. I put on my favorite pajamas, read a good book, wrote about beer, made a caprese salad, meditated, poured some tea, paused the classical music, took a deep breath, and called Comcast.

Adam, the nice customer service rep, explained how Comcast calculated the amount due for the final months of service at the house. I listened politely, then explained how the claimed amount was more than offset by the amount Carl and I are due from Comcast for the extended period of illegal double billing. Adam conceded there were several interesting notes in my file, but gave me the familiar spiel about Carl's account being a complete mystery.

I told Adam I realized he wasn't in a position to resolve my concerns himself; I just wanted to make sure Comcast understood exactly why I disputed their claim. I explained that if Comcast continued its harassing collection efforts, I would respond with fraud and Consumer Protection Act counterclaims. I suggested it would cost Comcast a lot more than $367 to pursue an outraged lawyer with PTSD, regardless of the ultimate outcome or the (dubious) merits of their position. My rough mental estimate was that Carl and I were probably due a refund of about $400, close enough for all parties to be tempted by a “walk away.” That’s usually the smoothest way to resolve any legal dispute. So I suggested it might be in everyone's interest to just chill.

I managed to make it through the call with no meltdowns or excessive profanity. (I don't count describing Comcast's customer service as "shitty"; surely I'm not the first person to tell the truth when asked for the reason they’re dumping Comcast.) After making sure Adam had captured each of my bullet points, I thanked him and hung up. Gently.

Continuing with my zen strategy, I waited to see what would happen next. 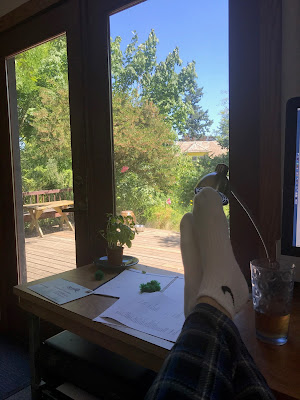 Today Carl stopped by to show me a letter he got out of the blue from Comcast. Without any further prompting or explanation, Comcast enclosed a $711 refund check for the closed account at my address. Carl endorsed the check over to me, and now I'll send Comcast my final payment. In due time.

I’m happy for Comcast, which continues to provide the occasional shining example of excellent customer service, blinking out there against a bleak backdrop of supercilious incompetence.   Learning from our mistakes is the hallmark of intelligence, real or artificial. Of course, I'm not sure whether I would ever get back in a relationship with Comcast – I'm codependent, not stupid. For now, I'll just wait and give CenturyLink's broadband service a chance to annoy me.

I’m happiest for me, because I managed to resolve an unpleasant and unfair situation calmly and effectively. It feels a lot like spring these days. 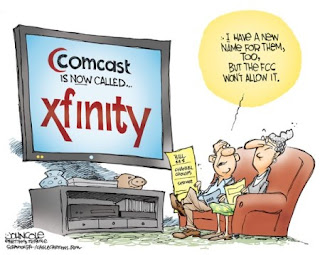 July 21, 2017:  “People with PTSD definitely should switch to DirecTV”

October 13, 2017:  “People with back problems, PTSD, or any other issues really should switch from Comcast” 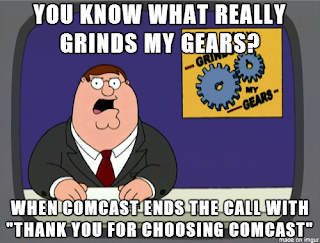