Love is Not a Fallacy

Recently overheard at our house:  “You think you’re Papa’s favorite because you both love ______!”

Statistics guru and hot gay nerd Nate Silver would identify this as an example of the most basic of logical fallacies:  confusing correlation with causation. The technical term for this mental phenomenon is post hoc ergo propter hoc, which is Latin for “After it, therefore because of it.”

Like Ben Jonson’s First Folio description of Shakespeare, in college and law school I acquired “small Latin and less Greek.” I did manage to take some courses in logic. But deep down I’m an English major. What I remember about logic mostly comes from my high school English teacher Jordie Larsen, who eloquently read us Max Schulman’s classic short story “Love is a Fallacy” at the beginning of eleventh grade. 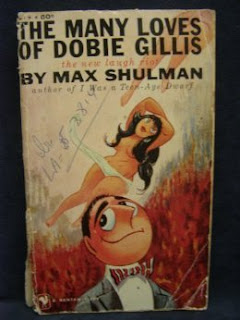 Schulman describes a conceited first year law student teaching his bimbo girlfriend the most common fallacies of reasoning. For example:

I hid my exasperation. “Polly, it’s a fallacy. The generalization is reached too hastily. There are too few instances to support such a conclusion.”

“Know any more fallacies?” she asked breathlessly. “This is more fun than dancing even.”

I fought off a wave of despair. I was getting nowhere with this girl, absolutely nowhere. Still, I am nothing in not persistent. I continued. “Next comes Post Hoc. Listen to this: Let’s not take Bill on our picnic. Every time we take him out with us, it rains."

“I know somebody just like that,” she exclaimed. “A girl back home—Eula Becker, her name is. “It never fails. Every single time we take her on a picnic….”

“Polly,” I said sharply, “it’s a fallacy. Eula Becker doesn’t cause the rain. She has no connection with the rain. You are guilty of Post Hoc if you blame Eula Becker.

“I’ll never do it again,” she promised contritely.

In July, I took the kids to Vancouver for a long-promised day at the amusement park. We all rode the old wooden roller coaster together. Once. 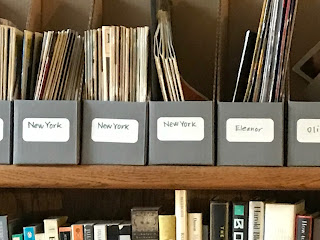 Eleanor is only twelve, but she’s almost filled her first box of programs. We took the train to Vancouver to see Wicked at the Queen E, and we went backstage at Benaroya Hall to meet Megan Hilty. On her wall Eleanor has posters signed by the casts of Peter and the Star Catcher and Reel Women. She’s been performing since she was two. Not that I’m a stage father, but everything should be coming up Roger by now. 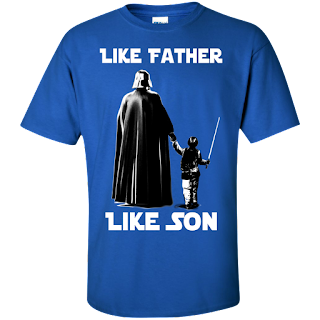 I’ve been a Star Wars fanboy since the first movie’s opening weekend in May 1977.  One of the highlights of fatherhood was sharing Oliver’s excitement when we went to see The Force Awakens together.

Yesterday Oliver and I went to see a matinee of Thor: Ragnorak. The best part was clutching hands as we watched the preview for Star Wars: the Last Jedi.

When we left the theater it was already dark. With the end of daylight savings time, the sun sets around 4:30 here in the Great Dark North. We drove home the back way along Woburn Street. Oliver asked where we were going, and I explained we needed to pick up a pizza for dinner with the girls and our fussy gay houseguest from Vancouver. Oliver pointed into the darkness. "So the cemetery's over there, right?"

As we finished the short drive in silence, I realized neither of my girls has any idea where to find the cemetery. Or anything else. As I wrote this summer about losing our car in a Canadian parking garage, "In the end it was Oliver who remembered how to retrace our steps to the car without having to interact with strangers."

When we hopped out of the car at Papa Murphy's, I was about to give my son props for his sense of direction. But before I could share my musings, Oliver asked, "Papa, in the Zombie Apocalypse, which of the kids would you want to have with you?" 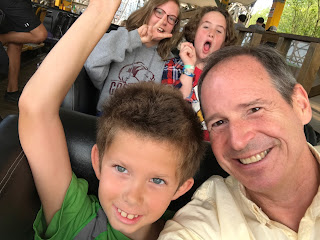