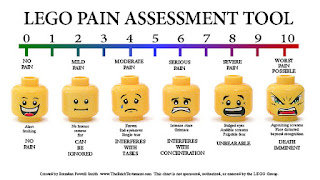 In 1996, I saw Nathan Lane groveling for the audience’s love in a revival of A Funny Thing Happened on the Way to the Forum. According to Wikipedia, all four men who opened as Pseudolus won Tony Awards for Best Actor in a Musical. I missed Zero Mostel in 1962 and Phil Silver in 1972, but I saw a pre-Seinfeld Jason Alexander play the role in 1989.

Forum begins in the theatrical equivalent of Schrodinger’s box:  anything is possible. After checking with the gods to see whether today we’re due for a comedy or a tragedy, Lane led the entire cast in a rousing performance of “Comedy Tonight” -- Sondheim’s catalogue of the clichéd comic delights awaiting the audience, as well as all those tiresome tragic tropes we would be fortunate enough to avoid. The song ends with the lyrics “Tragedy tomorrow, Comedy tonight!”

In the corresponding edition of the long-running satire Forbidden Broadway, which of course I saw during another New York trip that year, a drunken Liza Minelli staggers onto stage in the middle of the opening number. The cast banishes her with the news “Travesty tomorrow! Parody tonight.”

Identifying the current genre frontrunner says a lot about where the story seems to be going.

W.C. Fields warned “Never work with animals or children.” Since three adorable blue-eyed moppets wandered onto my personal sound stage, I’ve been typecast as a Movie Dad. Sadly, not the kind of father they hire George Clooney to play. Instead, I’d be happy to get someone like the cool dad in Knocked Up. But mostly so I could go all fanboy with Paul Rudd on the set. (They let you watch if they’re filming your story, right? And Paul doesn’t have a restraining order against me yet, does he?)

Last week I wrote about the Mother’s Day letter my son sent to his birth mother. After Oliver and I talked about her delay in responding, he fell asleep in my arms. What I didn’t confess in my blog post was how the conversation left me feeling like Gregory Peck as Atticus Finch.

An Atticus Finch day is a big deal. As Movie Dads go, he’s the bee’s knees. Not even counting the fact that he’s a lawyer/single dad. I’d be happy to achieve Atticus-level fatherhood maybe once or twice a year.

My recent Atticus Finch moment with Oliver felt particularly good. Most days lately I see myself in striped pajamas as the Movie Dad from Life is Beautiful. Roberto Benigni won a Best Actor Oscar for portraying a Jewish father who shielded his son from the horror of the Holocaust. Res Ipsa Loquatur.  (That’s lawyer-Latin for “the thing speaks for itself.”)

Before the upheaval of the last two years, I was a very different kind of Movie Dad. Most days you could expect a befuddled Rick Moranis-type from a fun Disney family flick. Sometimes I’m the Fun Movie Dad (hey Paul!). With the arrival of middle school and puberty, I can even pull off Understanding Movie Dad (Sixteen Candles). 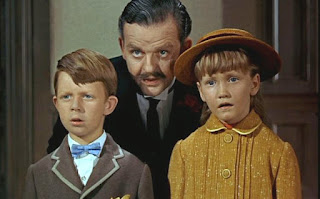 My leading candidate for animated Movie Dad was Marlin the clown fish, Nemo’s nurturing neurotic father. But Marlin hovers much more than I do. So now I’m leaning toward Gru from Despicable Me. He originally aspired to be a Super Villain, surrounded by laser beams and enthusiastic minions. Instead, Gru adopted three adorable foundlings who foiled his evil plan.

My daughter has been showing me the Snapchat photo filters cool kids are using these days. I wondered what a Movie Dad mashup of Atticus Finch and Life is Beautiful would look like.

Then I remembered a draft chapter from my book project, where I catalogued all the hoops I had to jump through to get my other daughter’s drug prescriptions refilled after the State erroneously cancelled our health insurance for four months. After describing yet another PTSD-inducing wait on hold, followed by yet another Kafka-esque conversation with customer service, I wrote: “This is the moment when I realized Sally Field will be playing me in the movie.”

I can live with that.