Farewell, Year of the Rooster & His Small Dumpster Fire 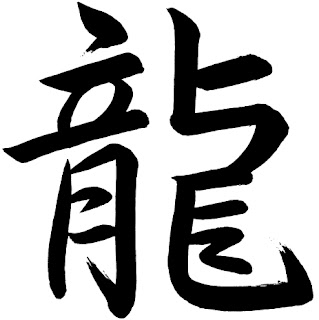 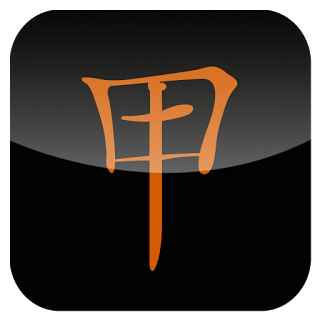 I was born in the Yang Wood Year of the Dragon – the forty-first of sixty years in the traditional Chinese calendar.

The designation for each of the calendar's sixty years comes from the interaction of two separate ten- and twelve-year cycles. The first pattern is the twelve “Earthly Stems,” representing the animals you may already be familiar with. The first Chinese character above is the traditional form for Dragon that I learned when I was a Mormon missionary in Korea three decades ago. (In China they use a simplified modern version with fewer brush strokes).

The Chinese calendar also cycles through ten “Heavenly Stems,” consisting of a pair of years for each of the five elements (Wood, Fire, Earth, Metal, and Water) in both their “yin” and “yang” forms. The second Chinese character above is the yang version of wood, and represents a tree. The less butch yin version of wood is a budding plant. Yang Fire is the Sun, Yang Water is the ocean and rivers, while Yin Water symbolizes mist and raindrops.

Our current sixty-year cycle goes from 1984’s Yang Wood Year of the Rat, to 2043’s Yin Water Year of the Pig. Then the whole thing starts over again in 2044, when I'll be eighty.

When folks in Asia started using the sexagenary calendar two thousand years ago, life was much simpler. A sixty-year cycle was sufficient to pinpoint dates like “the big cyclone that hit the island last Yin Fire Rabbit,” or “we’ll need to replace the roof by next Yang Metal Monkey.” Sorta like how we didn’t need surnames when we all lived in the same village, because everyone always knew which Roger you were talking about. Over time, each particular sixty-year cycle would be tied to some well-known event to provide a shared context, like the beginning of a new imperial dynasty.

At the lunar new year next month, we will finally flip our calendars from the Trump dustbin fire that has been 2017's Yin Fire Year of the Rooster. I'm ready.

Even though China no longer relies on the sixty-year cycle for official calendars, it’s still used for astrological purposes in numerous Asian cultures. I learned today that people born in Yang Wood years are like a “big tree with its with its roots going down deep into the earth.” According to this Chinese astrology website, “They are single-minded, goal orientated and can be rather stubborn, pushy and aggressive in order to achieve their goals.” Meanwhile, as a Dragon I am “quite simply very smart.” According to the same horoscope people, “Dragons have all the greatest, most amazing, endless, innovative and fantastically original ideas… or should we say they have the most crazy, unrealistic, foolish and plain impractical ones?”

No offense, but I’m dubious about astrology of any kind. Still, dragons are cool. And it’s fun to dazzle folks with your calligraphy as you dash off the sixteen strokes of your favorite Chinese character.1

For the record, I’m also a Taurus. But I’m not at all stubborn. Merely tree-like.

Happy Yang Earth Year of the Dog to us all. 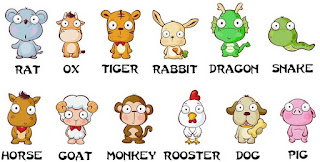