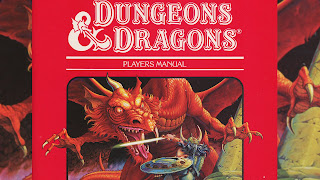 Is D&D really a thing? Is it still played by nerds with imaginations and funny dice? Have they moved on to using cryptic playing cards?  Or is D&D another Mega-Multi-Player-Online-Role-Playing-Game, like Minecraft and Roblox? The frontier of Virtual Reality?

Strike that. I don’t want to know.

As a lawyer, I represented the company that owns D&D in litigation involving European intellectual property rights. But D&D itself is something preserved in a very specific piece of amber:

It's the waning days of high school, on a Saturday afternoon in 1980. We're playing Dungeons & Dragons after watching the original Battlestar Galactica in Wendell’s basement, and racing our teenager cars across town to grab a lunch of Slurpees and BBQ. None of those things belong in the new millennium, except maybe in some nerd Jurassic Park. 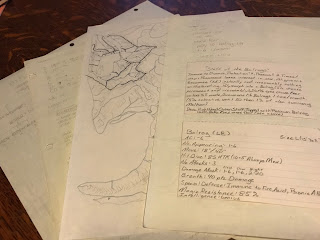 While sorting old file boxes from storage this week, I came upon several folders of D&D detritus: maps, chronologies, inventories, genealogies, and heraldic emblems for the heroes I imagined long ago.

The many-sided dice and carefully painted figurines have disappeared. So have most of the memories. I tried to summon a favorite character from his statistics. However, it turns out “Wisdom = 18 / Level 16 Bard / Lawful Neutral” is like reducing Marilyn Monroe to 36-24-34. 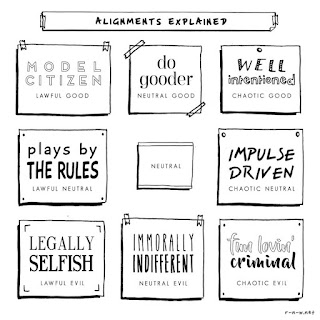 Last year, while hanging out with a group of gay nerd friends, someone asked me if I’m an anarchist. I said I aspired to be chaotic, but anarchy seemed a bit much.

One of my friends shares my fascination with typologies. Later that evening, long after the conversation had moved on to other vices, he accosted me in the host’s kitchen. “I’ve been thinking, and you’re not Chaotic. You’re Neutral Good.”

Every D&D character has a "moral alignment," measured on two dimensions: good v. evil, and lawful v. chaotic. Neutral is an option for each, resulting in nine total potential alignments.

When I got home, I couldn’t find my D&D manual, so I took some of those online moral alignment quizzes. Sure enough, they all came out Neutral Good:

A neutral good character does the best that a good person can do. He is devoted to helping others. He works with kings and magistrates but does not feel beholden to them. Neutral good is the best alignment you can be because it means doing what is good without bias for or against order.

I can live with that. 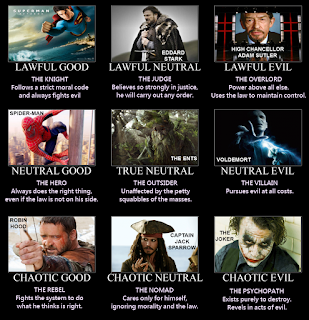 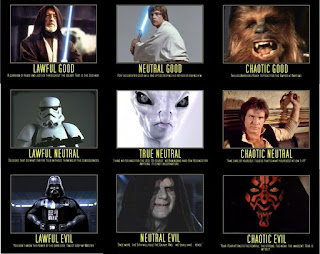 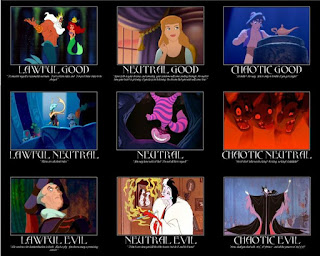 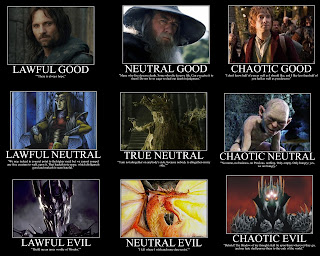 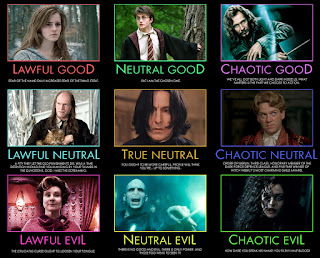 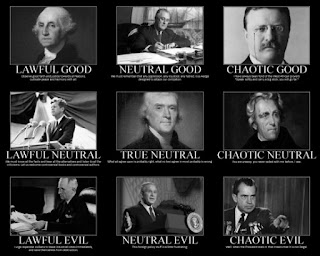 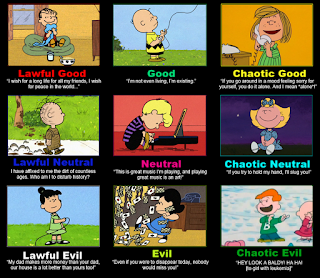 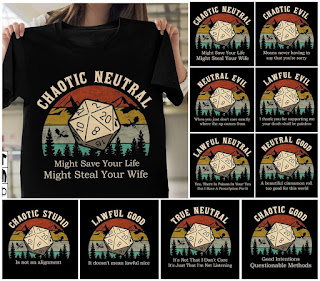