I Hope I Get It

When I was in high school, I attended my first Broadway show on tour. This was during the 1970s, so appropriately enough I saw the greatest show of that decade:  A Chorus Line.

A Chorus Line is a musical about a group of dancers auditioning for parts in the chorus line of a new musical. Marvin Hamlisch composed the brilliant score, while Nicholas Dante and James Kirkwood wrote the book.The show takes place on a bare stage, as the (mostly unseen) director tries to learn about each of the auditionees before selecting who will be in the show.

A Chorus Line received extraordinary recognition, including numerous Tony Awards and the Pulitzer Prize. The music and drama still hold up. I’ve enjoyed multiple productions over the years.

But I’ll never forget my first time. I saw A Chorus Line at the historic Capitol Theater in Salt Lake City together with my best friend from high school. Who turned out to be gay, of course. I had no clue at the time. Nevertheless, there were early warning signs. For example, parents should be suspicious whenever teenaged boys tinker with their names, like changing “Shawn” to “Shaun,” or “Andy” to “Drew.”

The generally nameless dancer/singer/actors who make up the chorus line of Broadway musicals used to be called “gypsies,” because they spent their itinerant careers wandering from show to show, hoping to find work.1 New York attracts numerous star-struck performers each year, far more than the available theater roles.

1Yesterday, the New York Times reported the actor's union has stopped using the term "gypsy" out of sensitivity to the Roma people.

Part of the power of A Chorus Line comes from its original source material: hours of tape-recorded sessions where Broadway veterans talked about their experiences as part of the chorus. Several members of A Chorus Line’s original cast participated in those dialogues; some of them ended up playing versions of themselves.

The character Paul is the heart of A Chorus Line. Paul, the shy son of Puerto Rican immigrants, resists the director’s efforts to draw him out. Finally, after the director dismisses the other auditionees, Paul delivers a classic monologue about the closet, including his parents’ loving response when they discover he’s not just gay but performing in a sleazy drag show.

Near the end of A Chorus Line, Paul collapses when a knee injury flares up. As he heads to the hospital, losing his chance to be in the show, the other dancers acknowledge the fleeting beauty of their dream as they sing “What I Did For Love.”

Sammy Williams, the actor who originated the role of Paul on Broadway, won a Tony for his performance. Williams had participated in the tape-recorded workshop sessions, but Paul wasn’t his story. (Williams actually contributed the story behind the song “I Can Do That,” about a little boy who followed his untalented older sister to her dance class.) Instead, Paul’s monologue came from the personal experience of A Chorus Line’s playwright Nicholas Dante. Dante died of AIDS in 1991.

I was a pretty clueless youth. I never kissed a girl until I was 23, or a boy until I was 26. But sitting in the dark theater, mesmerized as Paul poured his heart out alone onstage, I found a clue. 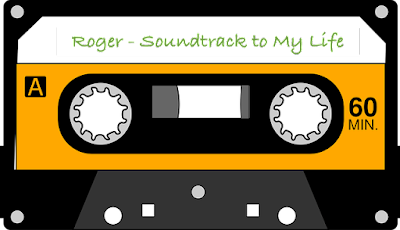 One of Rosalind’s friends recently asked me what song I was singing. I didn’t even realize I was singing – my subconscious provides an ongoing soundtrack to my life, triggered by my brain’s associations with the people, places, and themes I encounter. Apparently sometimes the singing isn’t limited to my inside voice.

These regularly recurring leitmotifs can be quite Wagnerian. For example, one of my friends is associated with the standard “The Way You Look Tonight,” which starts playing in my head whenever I run into him.

Walking back from Oliver’s bus stop last week, I caught myself humming a song from Flora the Red Menace. Flora is about a group of woke bohemians struggling to find work and meaning during the Great Depression. Kander & Ebb’s first musical launched Liza Minnelli’s pre-Cabaret career. At one point the entire cast sings “All I Need is One Good Break,” each explaining what it would take for him or her to finally achieve success.

These days spring is lovely, the kids are doing great, and chorus is fun. I’ve even applied for some plausible and appealing jobs in Bellingham. The prospects are exciting after months of seeing nada in the employment listings. But waiting to hear back can be terribly stressful for an anxious person. Meanwhile, I’m weary of being single, broke, unlucky, and unemployed. All I need is one good break…. 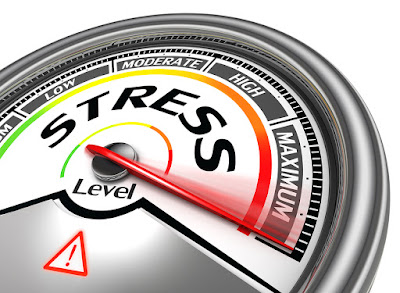 A Chorus Line begins with a similar big musical number: “I Hope I Get It.” As the director makes his initial cut of auditionees, the entire company whirls across the stage demonstrating various dance styles. Meanwhile, the audience hears frantic fragments of melody as the cast sings about their excitement and anxiety: “how many people does he need/how many boys how many girls?” “look at all the people” “I really need this job, please god I need this job, I’ve got to get this job….”

The cacophony of “I Hope I Get It” ends with the nervous finalists standing in a line onstage, holding their resume/headshots over their faces. After a series of thundering chords, suddenly Paul is singing alone, with a simple musical arpeggio accompaniment. It’s one of the few songs I can still play on the piano from memory thirty-fve years later.  And lately I’ve been hearing it in my head every day:

Who am I, anyway?
Am I my resume?
That is a picture of a person I don’t know.
What does he want from me?
Who should I try to be?
So many faces all around, and here we go.
I need this job, oh God I need this show.