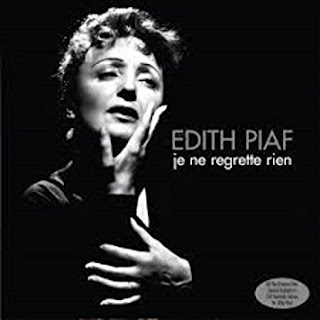 It’s been a year since I began this blog. Ordinarily I would acknowledge the milestone in a postscript to some meandering essay about children or brains. But on the occasion of our first, “paper” anniversary, instead I went back last week and carefully read everything I’d posted.

That’s 125 individual blog posts, totaling 144,000 words. About the same length as novels like Last of the Mohicans, The Two Towers, and One Hundred Years of Solitude. Or the combined length of The Picture of Dorian Grey and Catcher in the Rye.

I can now announce “Mission Accomplished!” Just like George Bush or Donald Trump. Unlike Bush or Trump, however, I can also identify the mission.

First, intense journaling is a particularly effective form of Cognitive-Behavioral Therapy. Both my excellent physician Dr. Heuristic and numerous peer-reviewed studies endorse the therapeutic impact of such written self-examination. Regularly writing about various topics has indeed helped me process a lot of mental baggage. Of course, as I wrote last year in “Woke,” achieving mental health is a mixed bag when you look around and realize you’re broke, unemployed, and trapped in a small town with no friends. If I were a 17th century writer, I would have turned to opium by now.

Second, publishing a wide variety of blog posts has provided a great opportunity to learn about the craft of writing – from the process of inspiration, to the need for ruthless deletion, to the endless quest for the right word. I can’t promise It Gets Better, but I’ll keep trying.

Finally, posting (ir)regularly on this blog has provided a framework for my personal research and reading, as well as for my other writing projects. Material from some blog posts already shows up in another form in the manuscript for my memoir Plague Journal:  Religion, Sex, and Mental Illness. Together with all the really juicy stories I’ve been saving for the book. 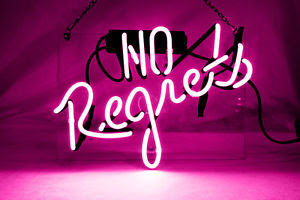 As Brown observes in her introduction:

The writer of a memoir or history knows from the outset where the story is going and how it will end. The diarist doesn’t have a clue what’s around the corner. All one can know about is the past and with any luck, the onrushing present. That’s a feature of the form, not a bug. What you lose in omniscience and perspective you gain in heedless immediacy and suspense.

Brown’s diaries chronicled her years as editor of Vanity Fair, from 1983 to 1992. Her voyeuristic glimpses of New York in the Eighties are irresistible. (Nevertheless, numerous diary entries referring to the 1980s exploits of short-fingered vulgarian Donald Trump made me queasy.)

In contrast with the manuscript of my book, blog writing feels more like a diary than a memoir. Unlike Tina Brown, however, I haven’t had the luxury of waiting a few years before sharing my diary entries with anyone else.

I suppose modern technology permits me to go back and change my prior blog posts at any time. No one would notice, not even my mother. Nevertheless, George Orwell would draw a line between insidious revisionism and ordinary compulsive editing. Sure, if I happen to be re-reading an old blog post, I may tweak a few words in passing. I can’t help it. But rather than radically altering something already published on the blog, I would transparently republish it.

Last week, before reading back through the entire blog oeuvre, I vowed not to touch anything at all. I ended up correcting seven glaring typos and one awkward transition. But that’s it. Trust me.

Publishing a diary in real time is a form of performance art. On a high wire, without a net.

From the beginning, one of my goals has been to talk frankly about the challenges of living with mental illness. Twenty-five years after passage of the Americans with Disabilities Act, the social stigma and structural barriers remain daunting. As I observed in my initial post, I’ve learned the hard way that the law is terribly hostile to people with mental illness. In fact, it looks exactly as bad as the laws affecting LGBT people did 25 years ago when I first started my advocacy.

In the face of such continued frustration, the lure of the closet can be overwhelming. Well-meaning friends and family have suggested I shut up. Because I am not visibly disabled (except perhaps on the internet), I could attempt to “pass.” But nothing will ever change if no one speaks up. So I choose to be out. Otherwise the closet wins.

In particular, it’s disheartening to apply for local jobs you’re eminently qualified for, yet never hear a word. You can’t help wondering if implicit or explicit bias is at work. So I’ve started addressing the issue head on. My most recent job application cover letters have included language like the following:

Finally, I will be frank in sharing personal information that a candidate ordinarily might omit from a job application. After moving to Bellingham a couple of years ago for a job with the Washington Attorney General’s Office as WWU’s chief legal officer, I started exhibiting strange and debilitating new anxiety symptoms, such as constant trichotillomania, i.e. compulsive hair pulling. When I described these symptoms to my new doctor, he concluded that I have Post-Traumatic Stress Disorder (PTSD) and suffer from serious codependency. An unforeseen office dynamic had triggered PTSD symptoms rooted in trauma that occurred thirty years ago when I was a closeted and overachieving Mormon youth. (You’re welcome to read more about these experiences on my blog, www.rogerleishman.com.)

Fortunately, my health care providers were able to identify the relevant youthful traumas and present-day triggers and develop an effective treatment plan. My disability would not require any special accommodation in order to perform the job duties of ____________.

Unfortunately, however, my then-employers did not respond appropriately to my diagnosis, and I had to leave my position with the Attorney General’s Office and endure months of uncertainty before reaching a severance agreement after mediation last year. Today, I’m happy to report my family and I are thriving in Bellingham, and I am now prepared to embark on the next phase of my career here.

No doubt that’s too much honesty for some readers. (I can hear my mother gasp across town). Of course, I could be even more blunt – pointing out that my settlement agreement with the State forbids my former colleagues from saying anything at all about me. (Their prior pattern of incompetence suggests they’ve probably been busy bad-mouthing me in this small town.) I could also remind Human Resources professionals it’s against the law to treat me differently from other candidates just because I previously filed a discrimination claim against the Attorney General’s Office. See Zhu v. North Central Educ. Serv. Dist., 189 Wn.2d 607 (2017). [Ed. Note: On November 29, 2018, in Cornwall v. Microsoft Corp., the Washington Supreme Court underscored the importance of laws protecting victims of discrimination from future retaliation, applying the rule even when an employer doesn't know anything about the subject of the original complaint.]

Instead, I tell my story, and hope eventually someone will give me a chance. Just like every other disabled person. 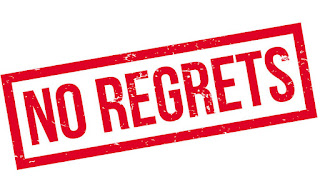 I made a long list of other takeaways from my Big Gay Read, both positive and negative. For now, I’ll limit myself to sharing one final observation:

You’d be amazed how many times my response to an old blog post was “Gosh, I have absolutely no memory of writing that.”

You can’t regret something if you don’t remember it. 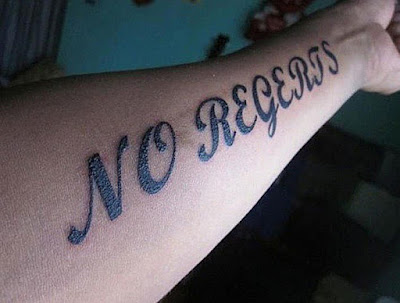