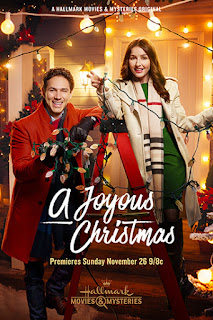 One of the singers in Vancouver Men’s Chorus runs a casting agency. This fall he arranged for a group of tuxedoed chorus members to lip sync carols in the background of one of this year’s crop of Hallmark Channel Christmas movies. Sadly, the lack of a Canadian green card prevented me from volunteering for the gig. My drama queen daughter is busy figuring out a workaround so she can sneak onto the set of her current fav show, Riverdale.

I have not yet viewed the boys’ twelve seconds of fame, because we cut the Comcast cable cord. Nevertheless, the story sounds vaguely familiar:

“Joy may be down-on-her-luck, but her humanity is intact. She jumps to the aid of a stranger, rescuing the woman from a terrible accident. The woman who nearly died, a successful motivational speaker, learns the true meaning of Christmas from her accident: Helping others is the key to true success and could be the path to finding true love as well.” 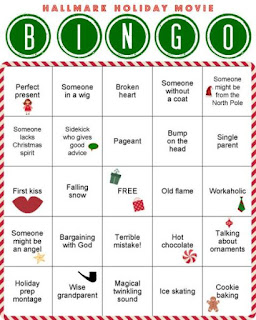 You can find rules for various Hallmark holiday movie drinking games online, as well as examples of Bingo cards for home use. My favorite Hallmark Christmas cliché is “Bump on the head.”  For example:

“Darcy’s lifelong love of reading has led her to the perfect job, working in a small Manhattan bookstore. One day, while bicycling to work, Darcy crashes into Aidan - a sharply dressed gentleman walking his dog. Knocked unconscious, he’s rushed to the hospital where he falls into a coma. Deeply shaken, Darcy takes the dog home, waiting to reunite him with his owner, Aidan. As she learns more about Aidan, Darcy realizes he could be the one she has been waiting for. But when the truth is revealed, Darcy learns the picture she created is completely wrong, and that sometimes the truth is even better than fiction.”


“Charlotte Hart (Nicollette Sheridan), a distinguished journalist, is spending time with her family over the holidays when a real estate developer approaches their small town with quite an offer. Skeptical and looking for the real scoop, Charlotte drives to see the real estate head honcho to question him. While she's en route, she gets into a terrible car accident and wakes up in the hospital only to realize that her body is in a coma, but her spirit is very much awake. She meets another spirit, who just happens to be the greedy developer. It turns out that he was on the other end of the accident and he too is in a coma. With only a few days left before the town votes on the development, Charlotte must try to change the minds of the developer and the town, but that is no easy task when no one can see or hear her. Will her voice be heard?”

“Carrie Blackford lives for her successful career as an event planner in New York City, but her life changes in an instant after a nasty car accident in a snowstorm. Carrie suffers head trauma and regains consciousness in Central Park with an older man, Henry. Henry is Carrie's spirit guide and is there to help her "pass over" to Heaven. But before Carrie can move on, she must fulfill one last task on Earth - a type of Angel Duty. Henry tells Carrie that she must help guide a widowed, young restaurant owner, Scott Walker, who has recently considered suicide because his beloved restaurant/catering business is utterly failing. Carrie befriends Scott and his 8-year-old daughter and immediately displays a knack for promoting the restaurant. But time isn't on Carrie's side on this mission. She has until midnight Christmas Eve to turn the eatery around. As friendship grows, romance blooms, and Carrie finds it a struggle to keep business and pleasure separate. Will the heat in Scott's kitchen be all about the food? Or is one Angel on a meteoric rise to earn her wings?”

I am not making these up. But I could.

You could too. Perhaps we should inaugurate a new holiday tradition of exchanging not-quite-preposterous Hallmark movie summaries, like the annual Bulwer-Lytton wretched-opening-sentence contest. Submit your entries in the comment section. 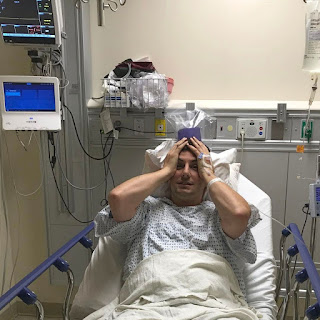 I am currently living in my own Hallmark Christmas movie.

Last Christmas is a blur. I retained only a couple of memories from last year’s VMC concert. Mostly I hid in dark corners. Indeed, most of 2015 and 2016 are lost in a fog. After increasing frustration with practicing law and raising kids in Seattle, I grasped at the false hope of moving to Bellingham for my dream job. Instead, a tragic confluence of bad choices, bad luck, and bad people destroyed my life.

This Christmas is different. I’ve made immense progress in the last few months. My mental health is noticeably better – not just the wearying projection of normalcy, but my actual mental health. I get out of bed and do stuff. The kids are thriving in Bellingham. I voraciously read and write again after years of drought. Things make sense for the first time in decades. Although I miss my faraway friends from earlier epochs, I’m putting down roots and making friends again. Not only did I enjoy singing in VMC’s holiday concerts, but I finally overcame my anxiety over socializing with all those nice Canadians just across the border. (They’re mostly harmless.) I even managed to sing a fleeting faux-Jewish solo without melting down.

It’s like I woke up out of a coma just in time for Christmas Eve. A holiday miracle.

This is the point in the Hallmark Channel movie where everyone hugs and cries. Then I ask, “So what did I miss?” 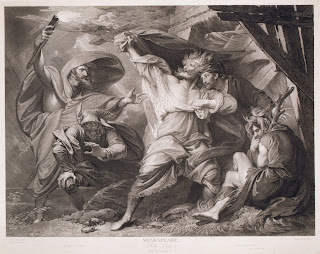 King Lear has four endings to choose from.

The pre-Shakespeare versions of the story all end happily ever after. Lear’s beloved daughter Cordelia defeats his two ungrateful daughters and restores her father to the throne. Everyone overcomes their misunderstandings in time to hug and learn important life lessons. Just like an episode of Full House, or a year-round Hallmark Channel movie.

Diverging from his sources, Shakespeare chose instead to write a tragedy. (Spoiler alert: Lear and Cordelia both die in the end, even as their army triumphs.) However, Shakespeare's original play proved unbearable for many audience members and readers. In 1681, prominent Restoration poet Nahum Tate published a crowd-pleasing version of the work. Tate kept most of Shakespeare’s poetry as well as the bard’s skillful addition of the Edgar-and-Edmund subplot. But Tate removed downers like the Fool, and ended the play with Lear back on the throne and his heir Cordelia marrying Edgar. For two centuries, theater patrons only saw Shakespeare’s play performed with Tate’s cloyingly happy ending.

Shakespeare himself left two distinct versions of his tragedy, published separately in a 1608 Quarto edition and in the 1623 First Folio. In the First Folio, Lear dies knowing that Cordelia is dead. Goneril’s surviving husband Albany delivers the final bleak lines of the play, signaling he will succeed Lear as king. In the First Quarto edition, it's Edgar who gets the final lines, and Lear dies believing that Cordelia is alive. 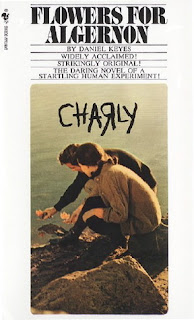 So what did I miss?

Donald Trump is the President of the United States. I have PTSD. My legal career and reputation are ruined. Potential employers in Bellingham ignore my resume.  I’ve already exhausted my savings and my wrongful termination settlement, and started in on my retirement. My embarrassed lawyer friends all abandoned me. Trichotillomania has rubbed off the hair on the right side of my forehead. My claim against the hack investigators who defamed me is stuck on appeal, after the impatient judge threw out my pro se case with a ludicrous gimmick. My daughters have turned into teenagers, but not the nice Mormon kind who don’t date till they’re at least sixteen. After years of struggling unsuccessfully with the impact of a massive mudslide, this year I lost my house on Whidbey Island. There are no dateable guys within fifty miles. I have tennis elbow.

None of this would have happened in a Hallmark Channel movie. I'm more like Robert De Nero's patient in Awakenings, where Robin Williams plays a fictional (heterosexual) version of Dr. Oliver Sacks. The doctor administers a new drug to catatonic patients. They awake after decades – only to discover the effect of the drug is temporary.

Actually, my story could be filmed like a science fiction movie about voyagers to a distant planet. The ship wakes the captain from cryogenic sleep early. The computer annoyingly tells me the Dow is way up, but we'll be crashing into a star in five minutes.

Or I could see it happening in the Saturday Night Live parody version of a Hallmark Channel Christmas movie.1 I would listen carefully to everyone's news. Then I'd turn to the anesthesiologist and say "Put me back to sleep."

1See "Cut SNL Sketch Stars James Franco in a Bunch of Cheap Hallmark Movies You Would Still Watch." Hallmark Holiday movies really are a thing, I didn't just make it up.

In the end, however, I think we can handle the truth. 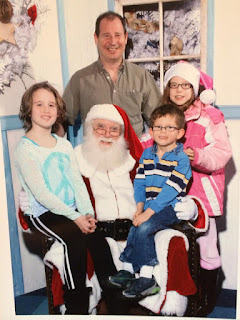