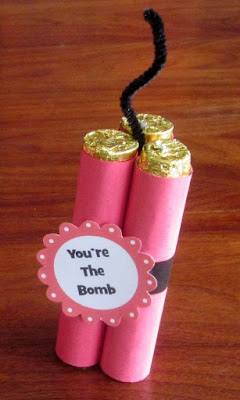 When I joined my last law firm fifteen years ago, I was the only openly LGBT attorney in the Seattle office of Davis Wright Tremaine.

I began my legal career twelve years earlier at now-defunct Bogle & Gates,1 then Seattle’s second largest firm. Bogle had zero gay or lesbian attorneys. I was ostensibly straight myself, but became a pioneer when I came out a couple of years later. Bogle’s out attorney count was approaching double digits when I left to become a gay rights lawyer with the ACLU. (Most of us had been there the whole time, of course. Back in the 90s everyone was still waking up.) With all its faults, Bogle & Gates’ ruthlessly libertarian vibe opened the door to Jews, blacks, and gays long before most of Seattle’s other prestigious law firms.

When I returned to Seattle from Chicago, Bogle had imploded, and DWT was now the city’s second largest law firm. For a couple of years, I worked for a Bogle refugee at an intellectual property boutique. I also joined the volunteer legal team preparing Washington’s marriage equality lawsuit. Our queer lawyer mafia meetings brought together LGBT attorneys from all the city’s leading law firms. We regularly asked each other “What’s with DWT?” The week after I joined DWT, the standing agenda item became “What’s with Lane Powell?”

DWT's lack of LGBT attorneys at the time was a strange statistical anomaly. Ironically, DWT’s inclusive firm culture had welcomed LGBT and other diverse attorneys for many years. DWT’s offices in other cities employed multiple gay and lesbian lawyers at every level. When I was interviewing for jobs out of law school, DWT was already known as the gay-friendly big firm. In fact, while studying for the bar exam, my secret drinking bud was an out gay man just starting at DWT. But by the time I landed there twelve years later, Rob and all the other openly gay attorneys had long since left the firm.

The only attorney I knew at DWT was my longtime friend Steven, another Bogle survivor. He made a point of introducing me to congenial folks at the firm, and in my first couple of weeks I enjoyed meeting various individuals over coffee or lunch. No doubt I was quick to tell each of my new DWT colleagues about my gay rights work, or to kvetch about my perennial singlehood. Becoming a professional homosexual had blown the door and walls of the closet off for good.

A strange pattern emerged. Within minutes of beginning our conversations, at least four separate people felt compelled to tell me the same DWT anecdote. It was the story of an attorney – no longer with the firm – who created something of scandal by leaving a festive birthday package on his secretary’s desk. As a joke, the package made a ticking sound. By the time they tracked the attorney down, the bomb squad had arrived. The lawyer’s career exploded. He happened to be the most recent gay attorney in DWT’s Seattle office.

Priming is a powerful mental process where exposure to one stimulus automatically effects our response to a subsequent stimulus.

As I’ve previously described, Daniel Kahneman’s book Thinking, Fast and Slow explains how our brains rely on two contrasting mental processors, which I've referred to as Thing 1 and Thing 2. Thing 1 is fast and automatic, multi-tasking as it retrieves memories and generates intuitions. In contrast, Thing 2 allocates our brains’ limited conscious attention to effortful mental tasks.

Kahneman begins his discussion about the power of Thing 1 by asking readers to look at two printed words:
Bananas       Vomit

If your body had been hooked up to a monitor just now, it would have shown a lot of activity in the one or two seconds that elapsed as you read and reacted to the juxtaposed words. Your face twisted slightly in disgust. Your heart rate increased. Your brain automatically made a causal and/or temporal connection between the two words, evoking a story that in turn caused your body to respond similarly to how it would have reacted to the corresponding real-world experience. Right now, your mind is prepared to quickly recognize or respond to concepts related either to bananas (yellow, fruit, Marx Brothers), or to vomit (keggers, bulimia). Hopefully your temporary aversion to bananas has already faded.

Perceptional priming is based on the form of the stimuli. For example, in a “word stem completion” task, subjects are unwittingly exposed to various words prior to the actual test. If one of the words is “property,” participants are likely to leap to that word when asked to complete “PRO___” with the first word that comes to mind.

In contrast, conceptual priming is based on the meaning of the stimuli, such as semantic categories. The well-known implicit bias test developed by scholars at Harvard and the University of Washington demonstrates how susceptible we are to stereotypes by associating positive words or images with certain traits. The test measures how “positive” and “negative” priming can either speed up or slow down the speed of mental processing.

As Kahneman observes, the result of priming is a coherent “self-reinforcing pattern of cognitive, emotional, and physical responses.” For example, in the famous “Florida effect” study, college students were asked to assemble short sentences out of a set of assigned words. One group of test subjects was given words associated with the elderly, such as “Florida,” “forgetful,” “bald,” or “wrinkle.” Afterwards the subjects were sent down the hall, purportedly to take the next test. Actually the researchers secretly measured the time they took to walk down the corridor. The group of students who had been exposed to the elderly-themed words walked significantly slower than the control group.

Priming effects can be reciprocal. In another study, half the participants were asked to walk around the room extra slowly for five minutes before taking a word recognition test. They were much quicker to recognize words related to old age than the non-walker control group.

You, i.e. your Thing 2, are seldom aware priming is happening. To the contrary, numerous studies have demonstrated the priming impact from purely subliminal messages flashed on a screen. Priming happens much faster than we can possibly be consciously aware of, let alone choose to act deliberately.
Your powerful, automated Thing 1 is constantly sending messages to your entire body, including your lazy and easily tired Thing 2. Automated associations can result in invidious stereotyping. I shouldn’t have to point this out, but not all gay lawyers plant bombs at work.