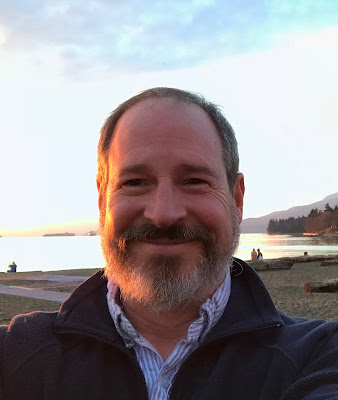 As I wrote in “Keep The Beard?,” every Christmas I stop shaving. After more than two decades, the gradually whitening beard has become a “combination time-lapse photographic record / sociology experiment.”

Often my beard barely lasts the two weeks of winter break. A couple of times I’ve made it to March without shaving. Last year I met my goal of Groundhog’s Day before the itchiness drove me crazy. 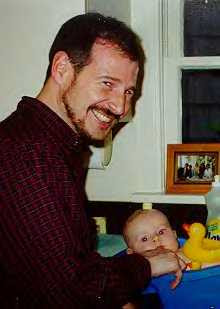 Just once, twenty years ago, the beard survived all the way until October.

In hindsight, my insightful physician Dr. Heuristic would probably blame my codependency. When I met my Chicago boyfriend in spring that year, I still had the holiday beard. Once we started dating, I didn’t dare shave it off because he would have seen how hideous I am underneath.

As soon as he dumped me that fall, however, I shaved my beard off. I also went from 150 to 125 pounds in less than a month. Stress is slimming. 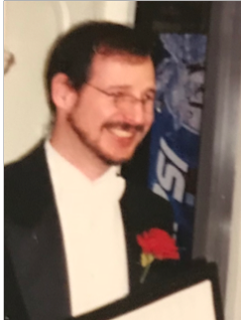 My father, my son, and I go to the same old-fashioned barber. One of the odd consequences of living in the same town as my parents is that I regularly see what my face and hair will look like in twenty-five years. It’s been particularly noticeable for the last few months, because for the first time my dad is keeping his holiday beard year-round, too.

Taking a Christmas break from shaving is only one example of our local holiday traditions. Although we love life in the Pacific Northwest, even moss-covered fanatics recognize the need for sunshine at some point during our interminably grey winters. Fabulous gays go to Palm Springs. Unemployed single dads just light candles.

Every winter, my parents and their longtime best friends make a snowbird pilgrimage to Hawaii. What began as a couple of weeks of Maui sun has expanded to almost a month. At least for the wives. After wearying of golf and papaya, the husbands generally fly home a week early.

When I picked my dad up from the airport in February, I observed he still had his beard. His reply: “Your mother likes it.”

It only took them fifty-six years to figure that one out. Marriage is all about communication. 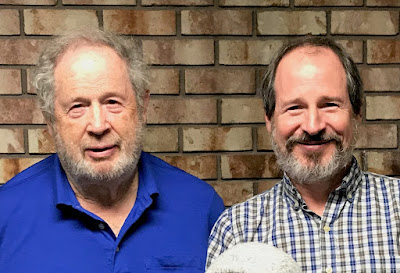 I’ve grown attached to the beard.

In the old days, if I grew facial hair I would compulsively fiddle with it too much. But after PTSD made trichotillomania a permanent part of my life, I got used to carrying soothing super fuzzy things to distract my hands.

Even though I usually don't like facial hair on other guys, I've decided it works for me. When you’re basically chinless, a beard is a useful framing device for your round face. (Apparently, like everything else, Shakespeare figured this out much earlier in his writing career. I'm slow.) Once you get past that prickly initial phase, beards are nice and soft. And you soon appreciate the freedom from shaving every day.

These days, the biggest drawback of the beard is that it's much whiter than the hair anywhere else on my body. I’m too young to play Santa Claus. Would anyone notice if I dyed my beard next year? What color(s) would you suggest? 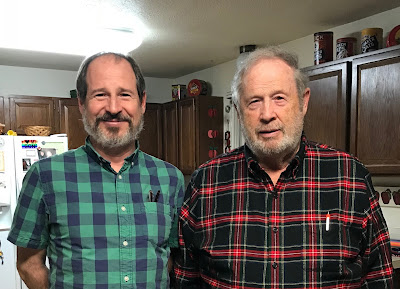 Keeping the beard until May is a record for the current millennium. Why not keep the beard a little longer?

Perhaps I should have put the question to a vote. As I observed a couple of months ago in “The Doppeler Effect: Chorus Minivan Dad”:

Most years I'd be clean-shaven again by the end of February. In 2018, however, the militant Pro-Beard Front launched a particularly effective campaign. (Prior to growing the beard, no one from chorus had ever rubbed his fingers on my chin at Pumpjack, or anywhere else for that matter.) The Pro-Beard Front's ruthless tactics have outweighed the annoying itchiness. For now.

However, it turns out the Pro-Beard Front is all talk, no action. I’d like to say I shaved to accommodate the preferences of an even-more-impressive Anti-Beard Front. Sadly, they appear to be non-existent.

Actually, a few weeks ago I decided I would shave before summer for my own benefit. I wanted to avoid the heat, and to look spiffy for job interviews and public appearances. I figured after a few months on the job, any new colleagues will be ready to meet Beard Roger.

So why did I shave this particular week?

Because it was the first sunny day at the beach. And I don't want a tan line. 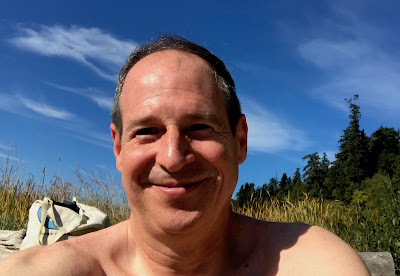