Puberty So Far: An Update 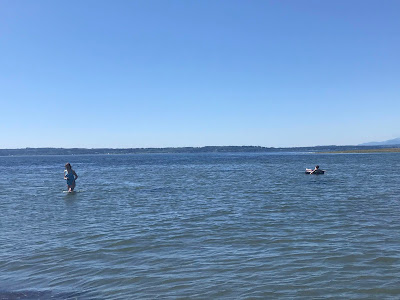 Every family has its timeless stories. Here is one of our perennials:

My three children were all adopted separately, and share no biological connection. Nevertheless, there’s a strong physical resemblance among all three, mostly because they all happen to have blue eyes and light brown hair.

They also seem to share similar colorings. Not true. Actually, it turns out two of the three are impervious to the sun.

Each summer, as I aim our minivan toward the beach for the first time, I invariably ask my family, “now remind Papa again, which kid is the one who always burns?”

That one. The one who will quickly turn bright red after exposure to little more than the harsh florescent lighting that prevails in the kind of retail establishment she herself would sneer at. The hypochondriac who treats every twinge as a grand drama. The adolescent who insists on pushing me out and slamming her door. (I bet you have a good guess which child I'm talking about.)

This year I remembered all by myself. I personally slathered sunblock all over Eleanor’s back, and closely inspected the white sheen on her face. Eleanor swore up and down she’d thoroughly coated her arms and legs already, and she impatiently pushed me away. 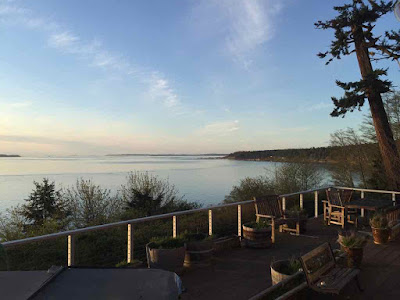 We had a marvelous daytrip to Whidbey Island yesterday. It was our first visit back to the island in over a year – the first since losing our home to the mudslide and its aftermath. Papa and his PTSD handled the day surprisingly well.

As we began our meandering drive back to Bellingham, even before Fro-Yo in Oak Harbor, we stopped at Lind’s Drugstore. Because the burn victim next to me insisted I buy a drum of soothing Aloe Vera for her lobster-red arms and legs.

FYI, her back and face are perfectly fine. Personally, I’d say I’m doing great at this whole “parenting teens” thing. 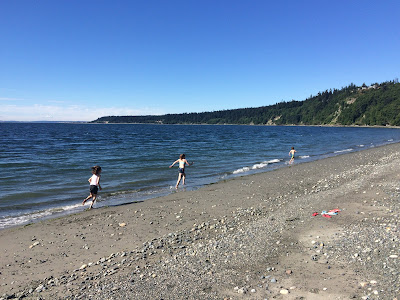