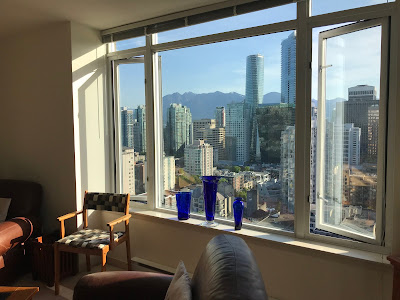 Last week I finished reading Nassim Nicholas Taleb’s bestseller The Black Swan. It’s about how humans fail to anticipate highly unlikely but consequential events until after they’ve already happened. The world is filled with implausible patterns.

I am comfortable describing myself as a Black Swan Event. 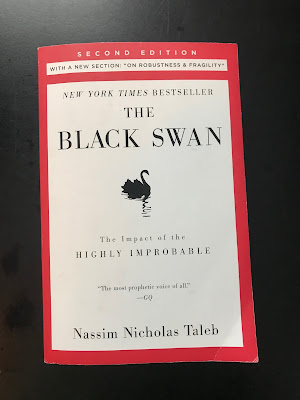 My most recent blog post, “My Best Friend Paul,” was about my childhood best friend from Vancouver who killed himself eighteen years ago. I began this particular essay last summer. Even though Paul died long ago, it took a little bit of extra time to process some aspects of the complicated relationships among myself, my friend, and my childhood home.

As I mentioned, for the last few years of his life Paul lived in a West End condo on Haro Street, between Burrard and Thurlow. I stayed in Paul’s guest bedroom whenever I visited Vancouver during the 1990s.

This was opening weekend for Vancouver Men’s Chorus’ spring show, “Gays of Our Lives.” (Dancing boys galore! Tickets for next weekend’s performances available at www.vancouvermenschorus.ca.)

As I wrote in “My Best Friend Paul,” this year’s concert on Granville Island presents entertaining and occasionally poignant views of gay life, including the infamous Divas Medley, as well as odes to both lesbian gym teachers and nearby Little Sisters Bookstore.

Rather than driving back and forth to Bellingham, I’ve been staying with a friend from the baritone section. His West End condo has a charming guest bedroom.

Today is another lovely June day in Vancouver, where I'm wearing pajamas and typing on my laptop in a comfortable leather chair rather than at one of my usual coffee shops. I’m also enjoying the amazing view north from the 20somethingth storey.

And I just realized that this is one of just a handful of vantage points in the city where you can look down…  and see the window blinds a couple of blocks away at my best friend Paul’s old building on Haro Street. 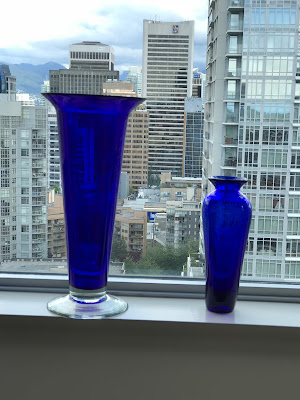 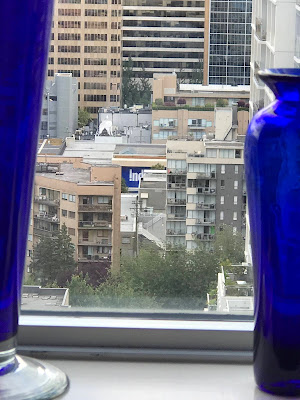 As I was packing up the guest room in preparation for returning to Bellingham after tonight's concert, I mentioned to my host that I probably wouldn't be staying in town next weekend because of family. He asked if they were coming to the concert.

I told him Eleanor and my mom would be there. (My father and my other two children haven't been to a performance since the infamous "falling asleep" episode.) I mentioned the timing worked out for my little brother to see the chorus perform this year, even though he lives in Africa. When my host looked at me quizzically, I explained my brother is in the diplomatic corps.

"Really?" said my host, who is originally from the States. "So is my brother."

I said my brother works in international development.

I said my brother is a lawyer.

Which is where my brother and his family lived until their recent move to Africa.