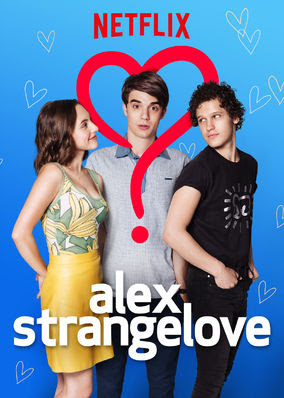 Alex Strangelove is the gay fantasy version of a John Hughes movie, much like the recent major-studio release Love, Simon. Although both movies are charming confections, Alex Truelove ultimately is a braver and truer coming out story.

Love, Simon began with Simon’s voiceover telling the audience about his “big-ass secret”: no one knew he was gay. Fortunately, Simon had poster-perfect parents and supportive friends. Simon’s only real challenge was to figure out which of his cute classmates had the secret crush on him. (Their eventual encounter on a Ferris wheel won “Best Kiss” at the annual MTV Movie awards last week.) Love, Simon is like a frothy Judy Garland movie, but more overtly gay. Slightly.

In contrast with Simon, Alex Strangelove’s title character is a cute, nerdy, ostensibly straight high school senior. After much delay, Alex plans to finally lose his virginity to his girlfriend/best friend. Which technically he does, in a realistically awkward and unpleasant motel assignation. Eventually Alex comes out to himself and then to her. Along the way Alex is distracted by encounters with a flirty gay guy, binge drinking, and internalized homophobia.

My daughter Eleanor enjoyed Love, Simon. I told her she really needed to watch Alex Strangelove because of its more thoughtful treatment of the cliché situation of a BFF’s unrequited attraction to her gay best friend. (Simon also narcissistically toyed with his female best friend’s affections, but unlike Alex he was unaware of her feelings for him, and they didn’t have sex.) I figure if Eleanor is going stay involved in musical theater, she needs to be prepared for the inevitable tragedy/farce of loving the right person in the wrong way.

As a connoisseur of coming out stories, I related to Alex’s clumsy confusion much more than to Simon’s “I always knew” narrative. In hindsight, it’s blindingly obvious both Alex and I were gay all along. Some of you will be quick to point out we must not be as smart as everyone assumed. That’s because you don’t appreciate the awesome power of the closet, and our resulting capacity for cluelessness, denial, and avoidance.

Oblivious gay boys are entertaining. But I actually recommend Alex Strangelove because it acknowledges the truly twisted nature of the closet: for most of us, there probably was some heavy-duty repression or even dissociation going on as well, even deeper down than our oblivion and denial.

When Alex hits rock bottom after the movie's obligatory drunken frat party, he finally comes out to himself in one of those “life passes before you” moments. But instead of a charming montage of crushable camp counselor memories, or a flashback to his recent confusing gay kiss, Alex instead replays only his repressed memory of being bullied in junior high P.E. after getting an erection in the locker room.

Yes, we always “knew.” That’s why we were oblivious. 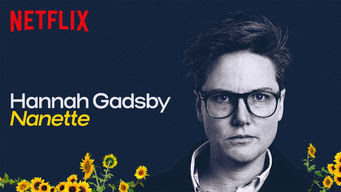