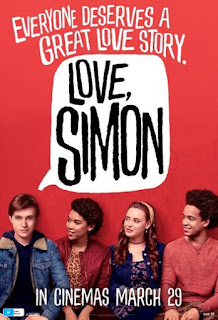 The 80s were my formative decade. I went to college and law school. I went on a mission to Korea. I edited Student Review. I survived awkward crushes. I had my first kiss and my first nervous breakdown. I escaped from Utah. I started inching out of the closet.

So I love 80s music. Back then, I listened to very early Madonna. Early middle Michael Jackson. (He was still black.) Late middle Cher. (She can still turn back time.) Everything But The Girl, the B-52s, Simple Minds, Prince, a-Ha, Men At Work, Depeche Mode, Spandau Ballet, Tears For Fears – they’re all on my soundtrack.

My life should have been a gay John Hughes movie. 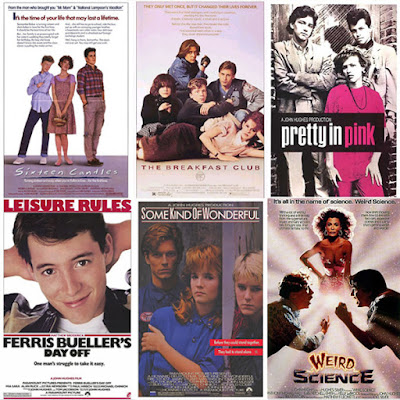 Thirty years later, Love, Simon mostly succeeds as a gay John Hughes movie, or at least as an effective gay homage to John Hughes movies. It has the look and feel of a contemporary Sixteen Candles or Pretty in Pink – but gay and self aware.

Love, Simon is based on a popular young adult novel, Simon vs. the Homo Sapiens Agenda. It's about a high school senior who is blackmailed and outed by a classmate, but eventually connects with his secret online crush.

Greg Berlanti, who directed the film, is the openly gay writer and television impresario behind numerous hits like The Flash, Super Girl, Dawson’s Creek, and Brothers & Sisters, as well as the popular gay softball movie Broken Hearts Club.

The movie demonstrates Berlanti’s well-honed mass entertainment skills, with glossy production values and engaging performances. Many of Berlanti’s thematic interests are a good fit for the material, including his exploration of father-son relationships, as well as the “logical families” we choose to surround ourselves with. Nevertheless, Love, Simon disappoints when it fails to transcend its genre. For example, every plot turn is utterly predictable, like a familiar sitcom.

Still, I confess I got weepy at all the right places. 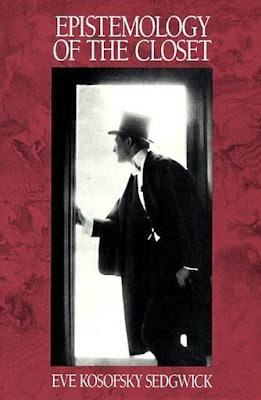 There are lots of ways to talk about being gay. What makes Love, Simon more than a well-crafted Gay Disney Channel movie is how the film engages the tyranny of the closet. The result is both very specific to being gay, but also surprisingly universal.

On one level, being gay is obviously about sex. Sex sex sex. However, you can’t make a mass-market teen flick about sex, particularly icky gay sex. No one is clamoring for a gay Porky's.

Even though hormones drench our youths, it turns out sex itself is seldom central to the process of figuring out our sexual identity. Instead, most gay or lesbian folks report their primary experience is feeling different from everyone else. That’s how Simon begins his voiceover narration in the movie. It’s the same feeling every teen, gay or straight, experiences as part of adolescent development.

But Simon himself is not the type who shows up at high school throwing shade in a Prince Valiant haircut. He's much too busy maintaining his façade as the best-little-boy-in-the-world. So Love, Simon instead emphasizes how knowledge is central to queer experience: having a secret, hiding behind lies, learning when to disclose, losing control over your private information, falling apart when all the lies unravel, and coming back together as an honest and whole person.

Simon eventually messes up everyone’s lives with his futile attempts to live a lie, and to cover up his secret with more lies. Love, Simon reminded me of the excellent 1992 television movie Doing Time on Maple Drive, which similarly illustrated how the closet warps not just queer youths, but everyone around them.

This is another part of gay experience that can speak to everyone. My daughters are in middle school, so I hear all about the gossip, shifting cliques, and clumsy attempts at self-transformation. Adolescence can feel like a war zone. Eventually, you need to find yourself and your true friends, and escape from the fog of war.

Churchill said truth is so precious in wartime it must be surrounded by a bodyguard of lies. Maybe LGBT people can teach everyone how to ditch their bodyguards. I hope my kids grow up seeing more gay John Hughes movies like Love, Simon.

For some critical legal analysis of Love, Simon, read my essay "Your English Major Personality Type."