After George Gershwin died in 1937, his bereft brother Ira wrote the lyrics for George’s last musical composition. It became one of the loveliest standards in the Great American Songbook:

…In time the Rockies may crumble
Gibraltar may tumble
They’re only made of clay
But our love is here to stay.

Sometimes the metaphor is what endures.

The Cascade Range extends from Northern California to the Frasier River in British Columbia. Its peaks include Mount Shasta, Mount Hood, Mount Saint Helens, Mount Rainier, and Mount Baker. There are glaciers, volcanoes, meadows, lakes, and canyons. The North Cascades are the most rugged mountains in the lower forty-eight.

My world lies between the Cascades and the Pacific Ocean. Everywhere else is exile. 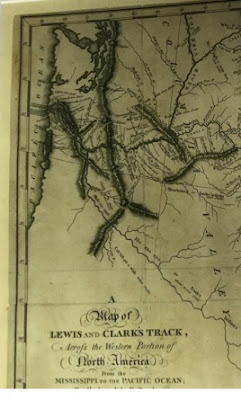 When Meriwether Lewis and William Clark surveyed the Louisiana Purchase for President Jefferson, the Cascade Range was the last barrier before reaching the Pacific. They called the range “the Western Mountains.”

Like numerous travelers before and after them, Lewis and Clark crossed the Cascades through the range's only real gap: the Columbia River Gorge. The gorge narrows at the Cascade Rapids. For millennia, these rapids were an important crossroads for salmon and settlers, wagons and canoes. Over the years, the nearby mountain range went from being called “the mountains by the cascades” to "the Cascade mountains" to "the Cascade Range" to “the Cascades.” 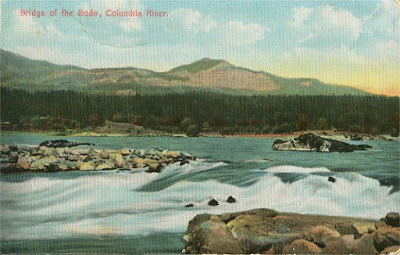 The Cascade Rapids include a rock formation the local indigenous tribes called the “Bridge of the Gods.”

The Bridge appears in native legends about various ancient earthquakes and eruptions in the area. Modern carbon dating confirms other native accounts identifying the Bridge of the Gods as the last vestige of the Bonneville Landslide. Like the elders' tales, the remaining rocks tell how the massive landslide temporarily dammed the Columbia River in the century before Columbus’s arrival.

My maternal grandfather H. Boyd Phillips was a civil engineer. When Pops demobilized after World War II, he moved his family to Denver. Pops spent his career designing dams for the Bureau of Reclamation, part of the United States Department of the Interior.

When I was ten years old, I had my first big adventure. I flew alone from Vancouver to Denver as what TSA now calls an “unaccompanied minor.” In Denver, I stayed with Pops and Gram and my teen-aged Uncle Denny. [Ed. Note: congratulations to newlyweds Uncle Dennis and Aunt April.]

We went to Casa Bonita and Elitch's amusement park. We watched Nixon resign on Gram's birthday. And then the four of us took an amazing road trip back to Vancouver. We saw the Grand Tetons. We stayed in the Old Faithful Lodge at Yellowstone. We went to Expo ’74 in Spokane. And we toured Grand Coulee Dam, still the largest concrete structure ever built.

Engineers have tamed the entire Columbia River, beginning at Bonneville Dam and working their way up the Columbia to Grand Coulee Dam and beyond.

This river may have been shaped by God, or glaciers, or the remnants of the inland sea, or gravity or a combination of all, but the Army Corps of Engineers controls it now. The Columbia rises and falls, not by the dictates of tide or rainfall, but by a computer-activated, legally arbitrated, federally allocated schedule that changes only when significant litigation is concluded, or a United States Senator nears election time. In that sense, it is reliable.

Bonneville Dam replaced the Bridge of the Gods. The gods’ former stepping stones now are submerged under the reservoir.


The mountains of the Cascade Range were named after a cascade that no longer exists. But we still call them the Cascades. Not the Sluice Mountains, or the Dams, or the Bonneville Power Administration Range. 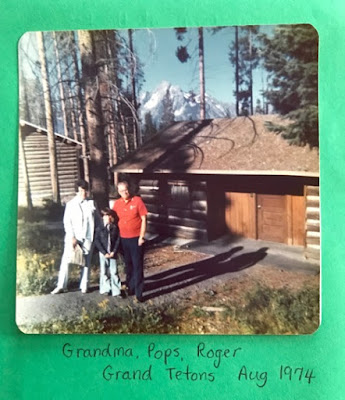