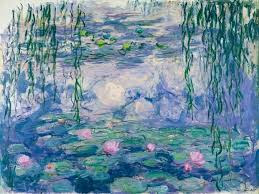 At bedtime a few years ago, Oliver asked “Papa, what do lawyers do?”

I always try to be honest with my children about any topic, regardless of whether they’re asking about adoption, sex, or money. Honest in an age-appropriate and sensitive way.

So I held Oliver’s hand, looked him in the eyes, and told him “Papa helps people.”

At the time, I was busy writing an appeal brief on behalf of a large corporation that had been sued for employment discrimination. Fortunately for Papa and Oliver, Chief Justice John Roberts had recently declared in Citizens United that corporations are people, too.

As a lawyer, Papa enjoyed many opportunities to help both people and “people.” 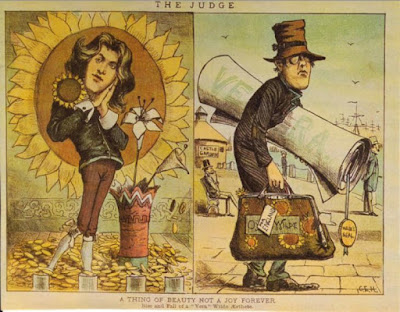 In anticipation of Oliver’s next philosophical question, lately I’ve been asking myself “What do writers do?” My answer: writers turn ideas into words.

Of course, anyone who can think also turns ideas into words, and vice versa. Writers can't resist making a career out of it.

Theoretically, I’m also still a lawyer. So I also need to come up with an updated description for my day job, in case someone hires me again. For example, “lawyers convert uncertainty to risk,” or “lawyers bear others’ burdens,” or “lawyers help people move piles of money around.”

Now that Oliver has read Harry Potter, I could explain lawyers are the only people who are allowed to use special magic words on certain important occasions. (Like when you’re accused of murder, or want to patent your widget.) But most of the time, lawyers are very like writers – they turn ideas into words, and vice versa. 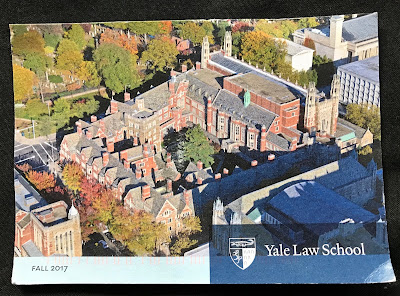 During the first semester of law school, students learn to “think like a lawyer.” Thus begins the destruction of their mental health.

Last year, the widow of a successful Silicon Valley attorney wrote a New York Times Magazine article about her husband’s descent into addiction and madness:

Some research shows that before they start law school, law students are actually healthier than the general population, both physically and mentally. “There’s good data showing that,” said Andy Benjamin, a psychologist and lawyer who teaches law and psychology at the University of Washington. “They drink less than other young people, use less substances, have less depression and are less hostile.”

In addition, he said, law students generally start school with their sense of self and their values intact. But, in his research, he said, he has found that the formal structure of law school starts to change that.
Rather than hew to their internal self, students begin to focus on external values, he said, like status, comparative worth and competition. “We have seven very strong studies that show this twists people’s psyches and they come out of law school significantly impaired, with depression, anxiety and hostility,” he said.
It doesn’t get better after graduation. The article continues:
Research studying lawyers’ happiness supports this notion. “The psychological factors seen to erode during law school are the very factors most important for the well-being of lawyers,” Lawrence Krieger, a professor at Florida State University College of Law, and Kennon Sheldon, a professor of psychology at the University of Missouri, wrote in their 2015 paper “What Makes Lawyers Happy?” Conversely, they wrote, “the factors most emphasized in law schools — grades, honors and potential career income — have nil to modest bearing on lawyer well-being.”
It’s not just the pursuit of money. "Thinking like a lawyer" will eventually unmoor you from your prior values and identity. 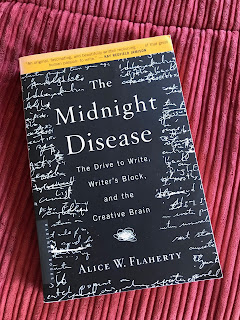 If you’ve been following this blog for the last year, you probably think I only read two kinds of books: memoirs by writers and research about brains. Actually, it all started with a book combining both.

Alice Flaherty is a neurologist and a professor at Harvard Medical School. Dr. Flaherty’s first book was a distinguished neurology textbook. Her second book, The Midnight Disease: The Drive to Write, Writer’s Block, and the Creative Brain, is also about how brains and minds work. However, Flaherty approaches the subject from a very different perspective.

The Midnight Disease is densely written, drawing on both Flaherty’s science background and her broad reading in the humanities. But it’s also a very personal account of how two difficult pregnancies left her with post-partum manic-depression so severe she eventually admitted herself into a mental hospital. In particular, Flaherty experienced excruciating writer’s block, as well as intense logorrhea or hypergraphia (the overwhelming compulsion to write).

I was particularly struck by her final chapter, “Metaphor, the Inner Voice, and the Muse.” As Flaherty observes, “There is a sense in which mental illness is awfully like sanity – only much, much more so.” Using the newest brain imaging technology, case studies of mental illness, and writers’ observations about their creative process, Flaherty eavesdrops on the various voices in our heads. As it turns out, there’s a lot of similarity between (1) the inner voice of human consciousness, (2) the auditory hallucinations heard by schizophrenics, and (3) the writer’s Muse. 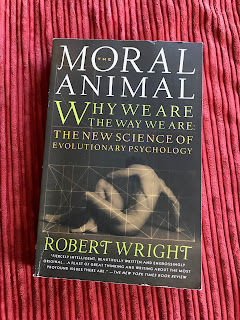 Robert Wright is an evolutionary psychologist and author of the bestsellers The Evolution of God and Why Buddhism Is True. Wright first made his mark two decades ago with The Moral Animal. Charles Darwin’s personal biography inspired Wright's meditation on the biological roots of human impulses such as altruism, selfishness, and self-deception.

Like other primates, humans are profoundly social animals. We are tribal creatures. But we’re also deeply concerned about social status within our tribe. According to Wright, we are therefore wired for hypocrisy – our hearts are inclined toward lovely moral sentiments, but we’ll disregard them when it suits our self-interest, often without realizing it. Wright argues consciousness arose in human brains not to promote effective decision making, but rather for “image management” – the “hoarding of credit and sharing of blame.” Like Trump University, evolution taught us “shady accounting,” resulting in “a deep sense of justice slightly slanted toward the self.”

We are programmed to deceive ourselves in order to deceive others better. As Wright puts it, the “human brain is, in large part, a machine for winning arguments” with ourselves and others. As a result, “a good deal of a person’s mental activity consists, in whole or part, of imagined communications to audiences imagined or real.”

Evolution could have designed us to prioritize finding the right answer. Instead, “like a lawyer, the human brain wants victory, not truth.” 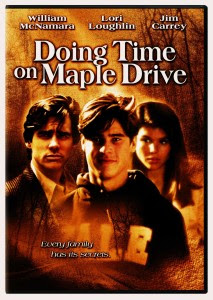 In my recent Gay Movie Review of the teen romance Love, Simon, I observed that the film reminded me of the well-made 1992 television movie Doing Time On Maple Drive. Both films effectively portray the tyranny of the closet.

In Doing Time, the closeted protagonist’s college girlfriend Allison (played by Rebecca from Full House) has been visiting Matt’s repressed suburban family. After figuring out her boyfriend is gay and in love with his best friend, Allison confronts Matt and tells him she needs to go home.

It’s searing moment. Matt can only feverishly babble – not about Allison or their relationship or his homosexuality, but about what cover story they should concoct for his family. Matt’s entire existence had become spin.

This scene captured the essence of my life for many years.

Prior to this last year, the best thing I ever did for my mental health was to become a professional homosexual.

After I moved to Chicago to be a gay rights lawyer, I discovered I no longer needed to come out of the closet. Instead, everyone I met already knew me as “the gay guy from the ACLU.” (Twenty years later, if you google me the results are still Gay Gay Gay.)

The effect was astounding. I ate and slept better. For the first time in my life, I didn’t waste all my energy on mental compartmentalization. I vowed I would never let anyone put me back in a closet. Even after returning to Seattle and then moving to Bellingham, I refused to shush (to the chagrin of my repressed former employers at the Washington Attorney General's Office).

Unfortunately, I didn’t realize that coming out of the closet was not enough. My healthcare providers and I had not yet recognized the impact of codependency on my personal relationships. PTSD triggers had not yet brought my youthful traumas to the surface. And I didn’t appreciate how practicing law was having a pernicious and cumulative effect on my psyche.

In hindsight, I should have recognized the warning signs. Perhaps most obviously, even though I no longer cared what people would think about my sexual orientation, I worried about what people might think about everything else. Everything – what I'd done, what I looked like, what I said, what I thought. All day long I would rehearse dubious justifications that no one else would ever hear. Eventually, those reverberating excuses became the loudest voices in my head. 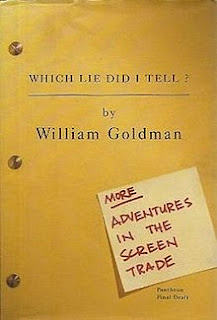 Last month I read a memoir by William Goldman, the successful screenwriter of classic movies like Butch Cassidy and the Sundance Kid and All the President’s Men. (He also wrote the incomparable Princess Bride.)

Goldman’s college roommate was John Kander, the composer of Cabaret, Chicago, "New York, New York," and many more songs and shows. In Which Lie Did I Tell?, Goldman compared Kander’s creative process with his own:

You know how Kander comes up with those melodies? He wakes up every morning of the world with music playing inside his brain. Every waking moment. And when he is given a lyric to set, all he does is dip into the constant flow of music, and there it is, a song.

Now the hitch is this, as Kander puts it: “Sometimes the most awful horrible music you ever heard is going on inside my head all day.”

Same with me and stories: occasionally one will pass muster, but mostly, the next day, not even close.

One of the most remarkable changes I’ve experienced over the last two years is that I no longer hear myself constantly rehearsing excuses inside my head. (Unfortunately for my career prospects, I’ve also lost the ability to draft legal briefs that vigorously advocate for dubious positions I don’t really believe in.)

Instead, all day long, I hear ideas as they try to turn themselves into words. As Kander and Goldman warn, and blog readers can attest, sometimes it’s the most awful horrible writing you ever heard. The din can be maddening. But unlike the voices that used to haunt me, these ones are trying to get at the truth.

I’m happy to live with that kind of cacophony. 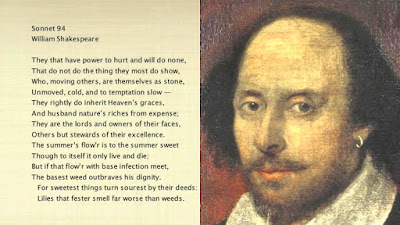