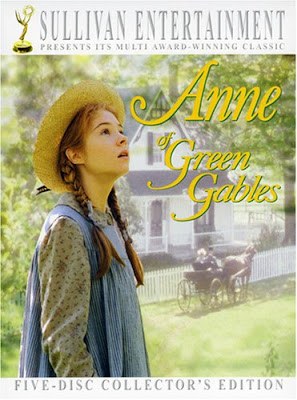 Is it just me, or does anyone else recognize the Canadian childhood classic Anne of Green Gables as a gay icon?

Before getting to Anne, I should explain why I identify myself as “gay,” rather than employing one of numerous other available labels.

In light of my weakness for complex typologies like Myers-Briggs and beer, you might expect me to squeeze myself into a much more elaborate and mathematical model of sexual identities. Something like Langdon Park’s forty-two-square attraction/orientation grid pictured below: 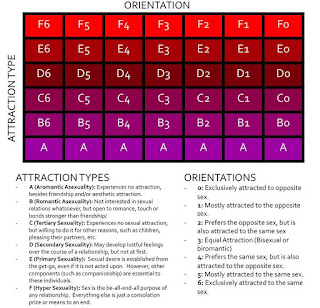 Or I could rely on something deceptively simple and mathematical, like the original Kinsey Scale of Sexual Behaviour. The Kinsey Scale ranges from Kinsey 0 to Kinsey 6:

For Dr. Kinsey himself, the key word was Behaviour. [Ed. Note: the persistent Canadian spellings are either an affectation, or a bug/feature of the wi-fi at coffee shops in Vancouver.] According to Kinsey, you are what you do. Actually, he'd say you're who you’ve done.

For the record, I rate my own history of “socio-sexual contacts” as a Kinsey 4 on the original scale, because it involves “more than incidental heterosexual behaviour.” However, I'm a very rusty Kinsey 4. Like Oz’s Tin Man, rust has made me rigidly point mostly in one direction. 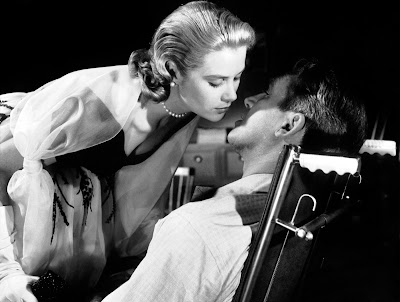 Nowadays when people refer to the “Kinsey scale,” they’re usually applying it to sexual orientation, rather than to sexual behaviour. The additional category of Kinsey X is also available, i.e., “No socio-sexual contacts or reactions.”

So what kind of humans are you attracted to? Is there a certain identifiable subset of the billions of men and women in the world that causes you to “socio-sexually react”?

As with personalities and beer, aspects of a person’s sexual orientation can potentially involve binaries and/or continuums. Ditto your personal rules of attraction. For each factor, you have to decide which variable or variables to measure in your scale – intensity, frequency, duration, impact, value, height, hair colour, etc.

Before we fine tune any particular test subject's sexual orientation, however, it’s important to determine whether we’ll need to measure him on both the AM and FM gaydar dials, rather than sticking with one or the other. What constitutes a merely “incidental” reaction to members of one sex or another?1

Hooking your brains and genitalia to electrodes seems intrusive.2  So I’ve developed a much simpler why-should-we-believe-him-when-he-insists-he’s-exclusively-attracted-to-other-men litmus test. If viewing a luminous Grace Kelly as she flirts with James Stewart in the movie Rear Window fails to raise a man’s pulse, he really is Gay Gay Gay.


2It's also painfully reminiscent of the brutal "conversion therapy" psychologists practiced on gay Mormon men in a basement at Brigham Young University during the 1970s and 1980s. 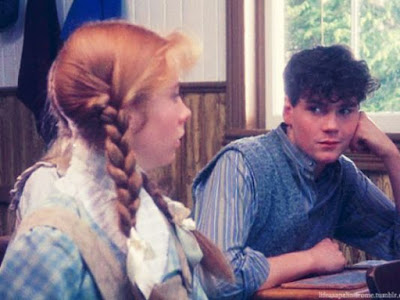 I’m not going to tell you the name of the male person, living or dead, who provides my similar litmus test for the question “Are you sure you’re never attracted to men….?” Even a deranged exhibitionist like myself should be allowed to keep a few secrets.

But I’ll identify one perennial contender: Gilbert Blythe, from Anne of Green Gables. And not just any Gilbert Blythe: the late gay Canadian actor Jonathan Crombie as Gilbert, in the beloved 1980s television adaption.

I’ve always been in love with Gilbert Blythe, particularly Jonathan as Gilbert.

Of course, I also love Anne of Green Gables. Not just Lucy Maud Montgomery’s original 1908 novel, which introduced the charming red-headed orphan who is mistakenly placed with a spinster and her bachelor farmer brother on Prince Edward Island. No, I love all seven obscure sequels. I love the play adapted from the book. (I haven't seen the musical.) I love the DVDs of the classic television miniseries. (I'm boycotting the recent reboot.) I love the young Megan Fallows as Anne Shirley Blythe.

In fact, I’ve always been in love with Anne Shirley, particularly Megan as Anne. 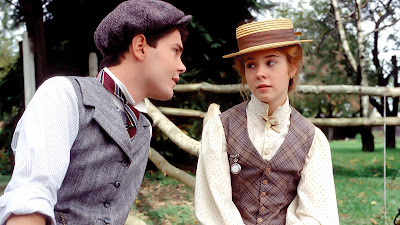 If this blog post were an episode of Friends, it would be titled something like “The One Where Roger Comes Out As Bisexual.” But not really. (And no, I'm not going to say "I don't believe in labels, for me it's the person.")

Some aspects of sexual orientation, for some people, some of the time, are experienced as part of a continuum. In hindsight, I’d estimate that – in absence of my cursed Mormon upbringing and other cultural baggage – there'd be something like an 80/20 ratio between the men and women I’ve been seriously attracted to over the years.

That’s a higher percentage of females than most of my gay friends confess to. It made my coming out process even more difficult. You delude yourself by fixating on the exceptions, not the rules. You repress obvious clues, and exaggerate red herrings. And you get your tribal affiliation backwards. Being non-straight actually makes you one of the queer folk – regardless of whether your current relationship situation allows you to pass easily as a member of the majority. Bisexuality comes with the lure of heterosexual privilege.

During a transitional nanosecond during the 1990s, I may indeed have told one or two people I was bisexual. But as a rule of thumb, I personally apply the “bisexual” label only to people I perceive to be in the middle of the gender attraction curve – no further from the center than 40 or 60.

More importantly, I also use the bi label for anyone I'm aware self-identifies as a bisexual person, regardless of the sex of their current or former partners. That’s how sexual orientation works – the rest of us don’t get to vote on it. When ostensibly straight Republican politicians are arrested for sex with male prostitutes after voting against LGBT rights, I judge their behaviour, delusion, and/or hypocrisy, not their self-identified sexual orientation.

Nowadays, my gender attraction ratio is probably approaching 90/10. Although I’ve always been in love with both Anne and Gilbert, I seem to encounter nine potential Gilberts for every one Anne.

Of course, that also depends how you define “encounter.” Imaginary dates don't count. In real life, the ratio of 9 male zeroes to 1 female zero still adds up to a big fat zero. 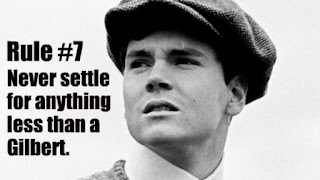 I particularly love how adorable Anne Shirley and Gilbert Blythe are together. Gilbert and Anne's collective charm wards off the temptation to repress or erase important parts of myself.

Two decades I ago, I remember my first gay roommate being alarmed to find himself attracted to a woman. He muttered something like "I can't let myself re-open that door."

I completely disagree. Delusion, including self-deception, is the enemy of enlightenment. As a pragmatist, I’m always open to questioning even my most deeply held beliefs. The test is whether your beliefs still work.

In my case, identifying as bisexual would be a misleading rounding error. Yep, I’m gay. 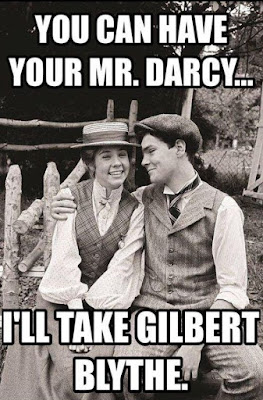 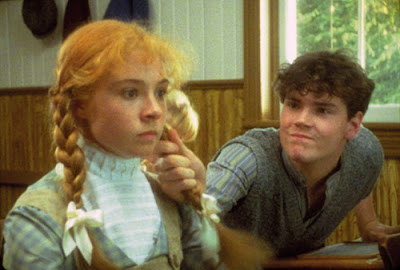 This is my 100th blog post. Since April 25, 2017, I've published 123,063 words on a wide variety of topics. (Yes, I realize that includes too many words about lawyers and brains, and too few about children or sex. You'll have to wait for the book.)

As my doctor predicted last year, writing for regular publication has been immensely therapeutic. Along the way, I've had fun and also learned a lot – about the craft of writing, the process of editing, numerous research topics, and my own brain and mind.

Thanks to everyone who told me they liked something they read, and to those who read silently. And thanks to my long-suffering children and parents.

Thanks especially to those who have reached out to me individually. Because of the quirks of both my personality and my disability, it's hard for me to take the initiative socially. So I really appreciate the gestures of friendship for a socially-challenged introvert with PTSD, and support for a weary unemployed single father.

Like writing, parenting is fun but exhausting. And vice versa. As Hillary Clinton titled her first book, "It takes a village to raise a child." Thanks to all you Village People. 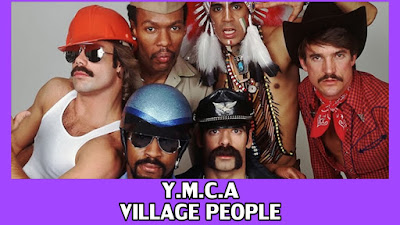