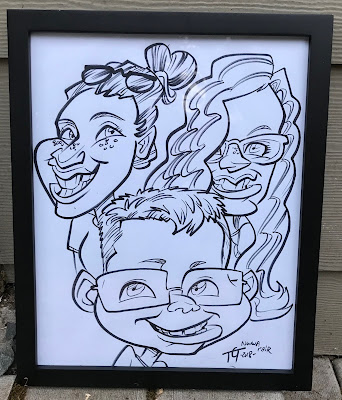 Michael Chabon recently published a collection of essays about fatherhood. In his introduction to Pops: Fatherhood in Pieces, Chabon describes a seminal experience from early in his literary career. He was the guest of honor at a fabulous New York cocktail party. Between toasts, a Famous Author took the young man aside for a little professional counseling.

His advice: “Don’t have kids.” According to the married-but-childless Famous Author, each child represents a book you won’t write.

Decades later, Chabon is both a prolific writer and the doting father of four children. He acknowledges some trade-offs were involved.

Have I mentioned that I used to own a sailboat? And a convertible? Would anyone like to buy the worn-out Kia minivan I traded them in for?

We perpetuate a myth that it rains a lot in the Pacific Northwest. Our propaganda repels weak and credulous invaders.

The truth is more nuanced. Most of our precipitation statistics are unremarkable. It actually rains much harder, longer, and more often elsewhere. However, we live with a reasonable trade-off. Yes, from October to April it’s relentlessly drizzly and dark. But all summer long, our northern latitude gives us sunlight until late in the evening. Then at the end of summer, prevailing wind patterns result in multiple weeks of zero precipitation.

So it comes as no surprise that after a typically rainless August, our pond completely dried up. It’s all part of the water cycle.

Similarly, blog output has dropped off precipitously in recent weeks. You’re all much too polite to point this out, but my writing pump went bone dry.

As usual, I blame the children. 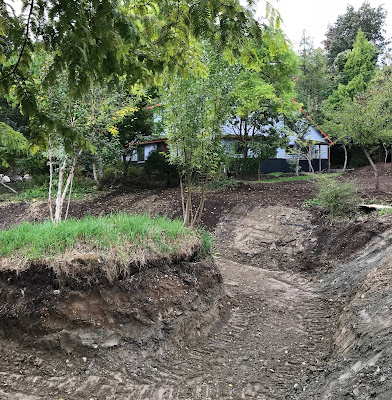 Obviously there are numerous other potential candidates to blame for the writing drought besides my three angelic children. And my saintly parents.

For example, my recent unsuccessful election campaign for the Washington Court of Appeals provided an interesting distraction over the summer. Contrary to what you may have heard, I never wrote two separate versions of any blog posts. (There may have been some draft posts with separate judge and nonjudge draft outlines.) Nevertheless, the focus on the judicial campaign limited my writing output on other topics.

Losing the primary election for judge was a disappointment. There were also a few smaller disappointments during the subsequent weeks. And several more really big disappointments. As usual, I try not to complain.

Ok, maybe I don’t try too hard not to complaint. Or maybe when I “complain,” I try to say something witty and/or thoughtful about the preposterous litany of complaint-worthy circumstances I’ve encountered over the years. Including some of the lessons I’ve learned about writing, and about short- and long-term writer’s block.

The good news is that as with a short dry spell last summer, and despite some anxiety and depression symptoms, I haven’t catastrophized myself into believing I again face two decades of unremitting writer’s block. To the contrary, except for a few predictably blue days spent under the covers, I’ve mostly been productive this summer. But the final pump in the writing process, the one that pours these blog essays into the Internet, has mysteriously dried up. 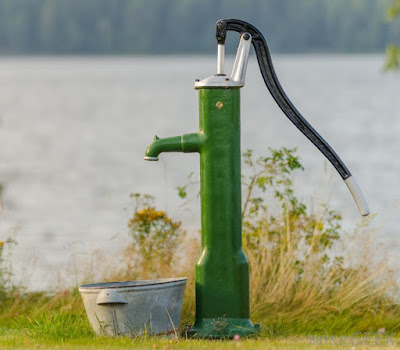 With so many plagues to choose among, why blame three deceptively photogenic cherubim?

I’ve been reading the collected essays of Ursula K. Le Guin, who died this year at age 88. She was a marvelous novelist, as well as an insightful writer about writing. Le Guin published The Wizard of Earthsea trilogy and other classics when she was a Portland housewife raising three children. Later she cast her piercing gaze on numerous thorny topics, particularly implicit bias both in publishing and in literature itself.

Le Guin was a compulsive reader who loved all kinds of great books. In confronting gaps in the Great Straight White Male Canon, Le Guin challenged the structural bias and privilege at work. She also emphasized the practical barriers that limit writing opportunities for many marginalized individuals – what Virginia Woolf described as the need for “a room of her own.”

I have a whole master suite to myself, as well as a comfortable computer station downstairs. Nevertheless, with three kids also in my hair, it’s still not enough room.

But the kids spend alternate weeks with Roger’s ex, you point out. And his neighbors pay high property taxes to educate Roger’s children in Bellingham’s excellent public schools. 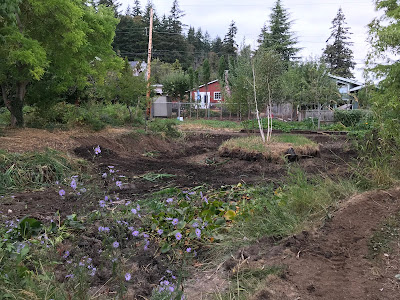 Pre-parenthood, that sentence is inconceivable. (Yes, the word means what I think it means.)

Some writers need life to send challenging circumstances to provide source material for their writing. For other writers, life's not enough. We also need the direct and indirect inspiration of dealing with life's whirlwind as it swirls around us. Nothing happens when we sit alone day all in front of a computer.

The kids/writing problem reappeared in June, when I discovered I'd insufficiently vetted my ex's proposal to adjust the schedule to order to accommodate various Lutheran summer camps. I ended up spending the first two weeks of summer home alone with the kids.

Anyone who's met my children knows their idea of a perfect summer’s day would start with me driving away and leaving them to their own very literal devices. To them, my dream role is to appear only when someone needs a meal, or the wi-fi password. Careful readers also recognize the children won’t consider this to be a “perfect summer’s day” unless Papa leaves behind his laptop for them to squabble over. Along with his computer, two TVs, an iPad, AppleTV, their three iPhones, and snacks.

Sadly, that’s not how parenting works. Or writing. At least for me. I can’t just leave and pretend I don’t have kids. I'd worry. Meanwhile, the creative process is too fragile to complete certain delicate writing tasks when children are around too much. During summer vacation they're around WAY TOO MUCH.

Besides, I need the laptop. 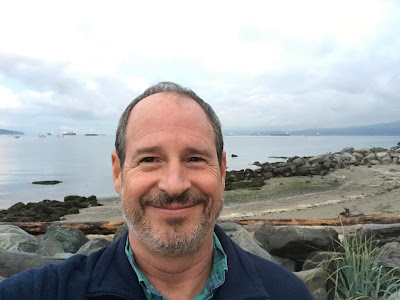 Fortunately, fall has finally arrived. Because it’s after Labour Day, we can wear white again. (The beard, not the fleece.) On Wednesday nights, Vancouver Men’s Chorus rehearses songs about Christmas, Xmas, Hanukkah, Solstice, and drag queens.

In Bellingham, students are back in school. Regular readers of this blog are smiling. Just like weary parents everywhere. 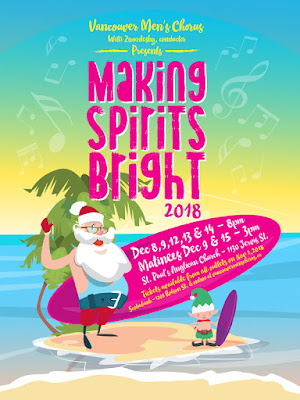 Parenthood: Worth It, No Matter Where They Are This Week™ 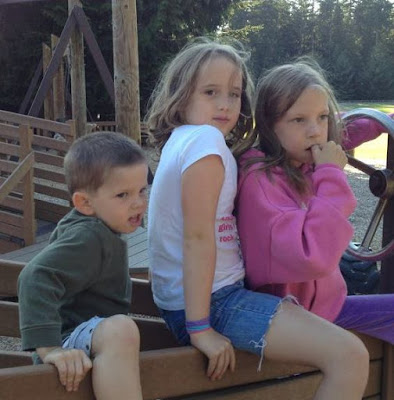