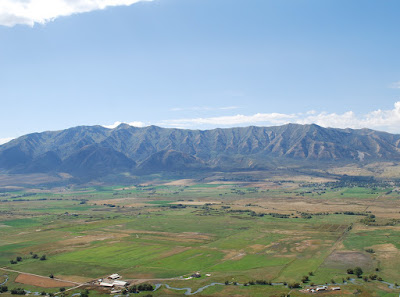 In Robert Frost's poem “The Death of the Hired Man,” the narrator reveals

‘Home is the place where, when you have to go there,
They have to take you in.’ 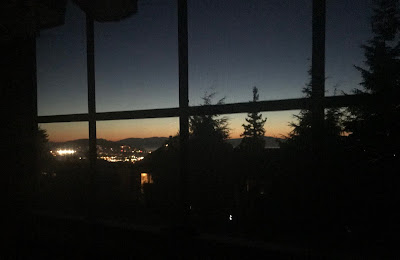 After five bleak years in Utah, in the fall of 1981 my parents moved back to the Pacific Northwest. I'd just started college at Brigham Young University, so I remained in exile while the rest of the family thrived in Bellingham. Their new house didn’t even have a room for me.

There are lots of important differences between my parents’ house on Alabama Hill, and my kids’ house on South Hill where I spend the other half of my time. The food is much better at Grandma’s. There aren’t any dogs. Instead of an iPhone addiction, my father has three televisions on at all times – one tuned to ESPN, one focused on curling and golf, and one showing either C-SPAN or recent oral arguments in the Washington Supreme Court. Meanwhile my mother is sitting in a comfortable chair next to one of her stacks of library books. Invisible house elves keep everything tidy.

As I wrote a few months ago in Backing Up, “When my father did the remodel, he insisted on installing heterosexual light fixtures so bright you can perform surgery or film a movie in any room in my parents' house.” In contrast, our communal house across town on South Hill is much gayer. Indeed, the house is so dimly and tastefully lit, the only place you can read a book is in bed with a flashlight. 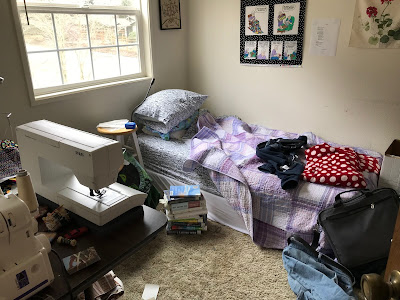 If my parents’ house has two comfortable guest rooms, why am I sleeping on the floor in a corner of the tiny sewing room?

Because I’m old and slow. Not as slow as my parents, but close enough. 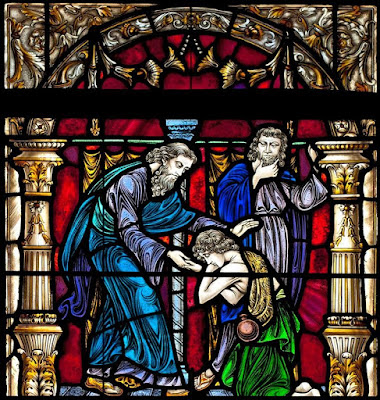 My favorite New Testament story is the parable of the Prodigal Son. I especially love the old-fashioned language of the King James Version. After collecting his inheritance early, the younger of two sons travels to a far away country where he “wasted his substance with riotous living.” Eventually he comes to his senses and returns home. The father sees his son “when he was yet a great way off,” runs to welcome him, and orders servants to grill the “fatted calf” in celebration. To the irritation of his self-righteous brother.

My parents have been luxuriating in retirement for more than a decade – cruises, January in Maui, golf, bowling, PFLAG meetings, bridge, book club, dance classes, sports on TV, innumerable books…. Sadly, as with so many disrupted empty-nesters nowadays, the party’s over.

Last year my brother moved from Bellingham to the hinterlands of British Columbia. One of his sons decided to stay behind in my parents' guest room so he could attend the local college and fraternize with his nearby girlfriend. Then in September one of his expat cousins needed to finish high school in the States, and moved into my parents' second guest room. By the time I was looking for a bed in January, the sewing room was all that remained available for homecoming prodigals.

Recently my parents’ house has felt extra crowded. Two bonus nephews slept on couches in the living room while their parents stayed in the guest room. For over a month they commuted to Vancouver for my brother’s daily radiation treatments.

Even when my parents' house is at capacity I still enjoy living there part-time. It’s a comfortable break from my alternate weeks with kids. When things are too crowded it gives me yet another excuse to hang out in Vancouver. The situation is only temporary until I figure out my long-term employment and housing options.

Besides, we all know I haven’t really hit “rock bottom.” My kids and I haven’t moved in with my parents full-time. Yet. 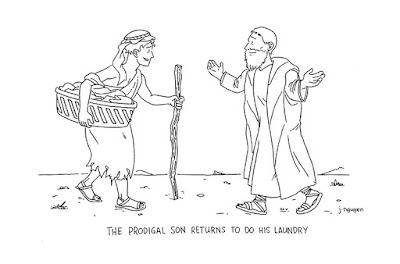 Up next:  “Breaking the Glass” 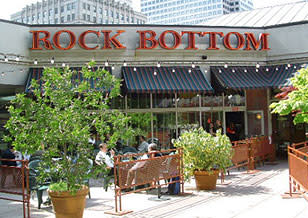