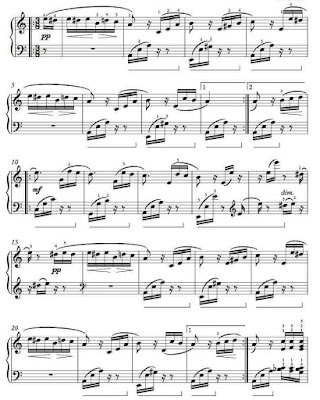 Recently my parents’ ancient PC began making ominous noises. Then the screen went black. It came back to life a few days later, but you never know. Despite growing up with parents who lectured them about the Great Depression, my own spendthrift parents quickly went out and purchased a new HP laptop at Best Buy. I told them to finally buy a Mac, but they said it's too late to change.

They asked me to help back up all their data and transfer everything over to the new computer. It's been a fun week. My parents and I are smart, funny people. We enjoy spending time together. You could film a witty Netflix sitcom just of us backing up the computer at their house. I bet you’d be convinced they're Jewish, too. [Ed. Note: You remember they're Mormon, right?]

In fact, you could film a Netflix sitcom at my parents' house. When my father did the remodel, he insisted on installing heterosexual light fixtures so bright you can perform surgery or film a movie in any room in the house.

Anyway, when it comes to actual computer skills, you’d think my parents would be able find someone more useful than me. I have three brothers, three sisters-in-law, twelve nieces and nephews, and three thoroughly plugged-in children. Two of my nephews are currently on Mormon missions in the African jungle, so they’re unavailable. Still, surely someone else in the family is more agile than me. There are lots of young folks who grew up in a world filled with miniature supercomputers. Frankly, most of them are addicted to their little supercomputers.

Plus I’m an oldest child. So everyone in the entire family is younger than me – except my parents. Including the two teenaged grandchildren who are currently squatting in the spare bedrooms at my parents’ house.

Not to mention my brother the computer guy. Prior to working in IT at Harvard then programming for Google, he began his career as a telephone custom service representative for a Bellingham company that sold software.

Of course, my computer brother has lived in Boston for so long he cheers for evil sports teams. My lawyer brother moved to Africa years ago, so he’s no use. Even my insurance adjustor brother recently snuck out of Bellingham in the dead of night, this time moving to the hinterlands of British Columbia’s Okanagan Valley.

I hate to be the one to say this. But why is it always the spinster daughter and/or gay son who gets stranded alone in the small town with the “aged ancestors”?1

1This is the term of endearment that Bertie Wooster uses when referring to his beloved Aunt Dahlia. Not to his nasty Aunt Agatha. 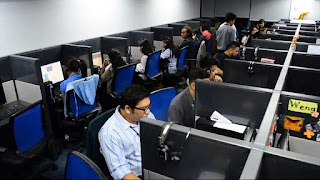 The truth is, I’m the only one who can help my parents back up their vintage computer and move its prehistoric data to the new laptop. Because I’m the only one in the family who remembers it all – DOS, 512k RAM, MS-DOS, Windows, Windows XP, Windows 7, Windows ME, the whole decades-long dysfunctional relationship among IBM, Microsoft, and their traumatized customers. Plus, as a person living with PTSD, I've developed special skills for coping with the day-to-day frustrations you can expect from any Kafka-esque situation.

Fortunately for my kids’ sake, our little family switched to Apple long ago. Over here at our house it's all iPhones, Macbooks, and iMacs. Nevertheless, because of various former employers’ misguided IT choices, I've never completely escaped the tractor beam pull of Microsoft’s Death Star. I still know my way around a Window.

Unfortunately for both my kids’ and my parents’ sake, for the last couple of years I’ve worked at home on the iMac. I was also busy dealing with my PTSD diagnosis. My PC skills are a little rusty.

So this week I’m busy coming up to speed with Windows 10 – in between wrangling kids, and memorizing French and Hebrew carols for the Vancouver Men's Chorus concerts that begin Saturday. I've already made numerous house calls to the old homestead across town on Alabama Hill.

Sadly, I’m the best thing my poor parents can hope for. As usual.

With the possible exception of my brother the computer guy. Who has a cellphone and is only three time zones away. 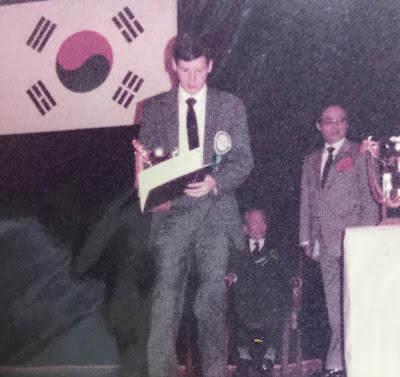 Obviously I’m not going to reveal any parental confidences about the actual backup-and-transfer experience at the Leishman house. (Unlike my home, their house is pronounced "Lishman" rather than "Leashman." No one's house is pronounced "Leischman." It's complicated.) Instead, I’ll conclude with my all-time favorite backing up story. It comes from when I was on my Mormon mission in Seoul, Korea.

There are two kinds of folk stories: myth and history. My favorite history story from my mission really is one of the true ones, or at least as true as anything can be after being filtered through thirty-five years of memories. I had ocular proof, from my own file cabinet when I served in the mission office.

But I’ll save that story for another day. This is my favorite Korean missionary myth:

On your mission you have all kinds of amazing and miraculous experiences that let you tell stories decades later. Nevertheless, being a missionary is stressful. You’re away from home, in an alien country, living a regimented lifestyle, sharing the gospel with strangers, because God himself told the Prophet to call you to this exact time and place. That’s a lot to process. It changes you, mostly for good.

You also pick up lots of useful life skills, like cooking, foreign languages, public speaking, and operating heavy equipment. For example, when I was a teenager in Utah and Washington, I never got around to learning how to drive a stick shift. All our cars had automatic transmissions. Besides, my parents live on the top of a steep hill, in a rain forest – I was terrified of stalling and sliding back down Alabama Street. Instead, I learned to drive a manual transmission at age twenty, when the Seoul Mission President called me to help out at mission headquarters. Unlike Mormon missions in other parts of the world, only the mission office staff ever drove cars. All the other missionaries walked or used public transit. In our very urban mission, riding a bike would have been suicidal.

Driving was pretty fraught, too. In 1984, the roads of Seoul were like something out of a Mad Max movie. The lines between lanes were newly painted, and uniformly ignored. There were no speed limits other than the laws of physics. Nevertheless, this is where I first learned to drive a stick shift. In rush-hour traffic outside the central post office. In the rain. In a Bongo minivan.2

3Hmm. Do you think my current Kia minivan triggered my PTSD symptoms? [Ed. Note:  No.]

Anyway, I heard this story from another missionary, not long after I landed in Korea. It's about an Elder who left before I arrived. But not long before, because supposedly there still was some missionary in Suwon who served together with this guy when he was a greenie.

As with the Shady Dame from Seville in the musical Victor/Victoria, "the rest of the tale’s not a pretty one." The missionary was sent home. Supposedly he tried to castrate himself with a spoon in the airport. No one seemed to know what ultimately happened to the mythic Elder. 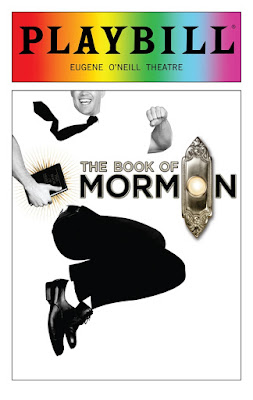 Most have you have seen The Book of Mormon. Or you’ve illicitly listened to the soundtrack when everyone else was at church, and you stayed home “sick.” I went with my mother for her birthday.
There’s lots of mythmaking involved with both Mormon missions and Broadway musicals. In most ways, my experiences in Korea were very different from what the play portrays as the experiences of Elder Price and his brethren in Africa. (With the obvious exception of Elder McKinley, the repressed gay missionary who told you how to “Turn it Off.”) Nevertheless, part of the reason audiences respond to The Book of Mormon is there’s at least a kernel of truth in all good stories.

I hope the part of the Korean story that’s true is the backing up. 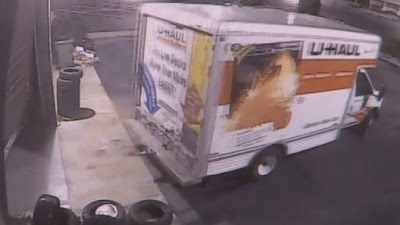