Children expect their parents to know where everything is. Yet they're amazed when we usually do. 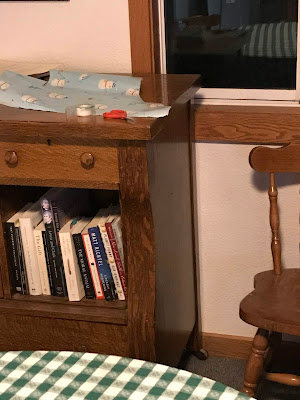 This week my daughter Rosalind asked me to locate an object she herself last used:  her favorite scissors.

She’d been wrapping presents at the dining room table that afternoon. While setting the table for dinner, the house’s magic cleaning elf moved Rosalind’s scissors eighteen inches north by northwest, to the corner of the buffet. Next to the other ingredients from her unfinished craft project.

There the pink-handled scissors prominently remained when Rosalind returned to the table to consume the delicious Trader Joe’s pasta she’d ordered from the house elf. The scissors still were there later that evening as she ate the Tillimook Special Edition "Pacific Northwest Apple Cider" ice cream he dished up for her dessert. (The house elf is waiting for Harry Potter to lead an intervention with his children about the ungrateful working conditions here.)

After playing some after-dinner Minecraft in her room, Rosalind wanted to continue the gift-wrapping project. But she couldn’t find her scissors. She called on Papa for assistance.

I summoned Rosalind to my side, and pointed across the dining room table with my best Ghost-of-Christmas-Future finger extension. (The dramatic gesture was wasted, of course. My Drama Queen daughter Eleanor was away at a sleepover.) 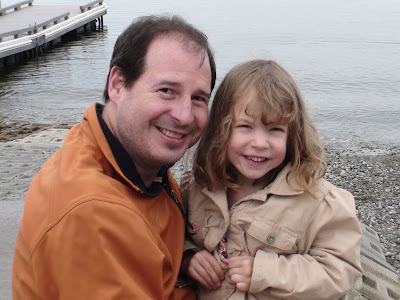