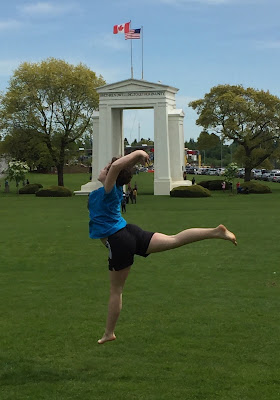 I cross the border into Canada at least once a week. The representatives of Canada Customs are invariably polite and friendly. They’ve never hassled me or suggested I wasn’t welcome in their country.

Here are typical questions I get as I drive north past the Peace Arch, which marks where the 49th parallel runs into the ocean:

“Where do you live?" Bellingham.

“What’s the purpose of your visit?” I sing in Vancouver Men’s Chorus, and we rehearse on Wednesdays.

“Why do you sing in a chorus in Vancouver?” I used to sing in Seattle Men’s Chorus, but when I moved to Bellingham I realized the commute to Vancouver would be much easier.

“Are you bringing anything into Canada you intend to leave behind?”  No /  I’m bringing Trader Joe’s wine/peppermint cremes/eggplant as a gift for my host.

“When was the last time you were in Canada?” Last Wednesday. Or Sunday. Or Thursday. Whatever, Mary. 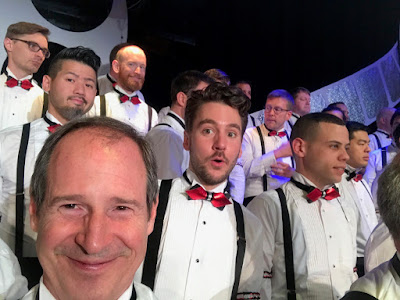 Many of the Canada Customs agents seem genuinely curious about the Vancouver Men’s Chorus. Some of the random questions I’ve gotten:
“What part do you sing?”

“What kind of a chorus is it?”

“What kind of music do you guys sing?”

“Where do you perform?”

“When are your concerts?”

“What’s the hardest part about singing?”

“Is it weird singing with only men?”

“Do you get paid to sing in the chorus?”

“How often do you rehearse?”

“Isn’t it usually just once a week?”

“Does anyone else from the States sing in the chorus?”

“Is it true baritones are just second tenors who can’t read music?” 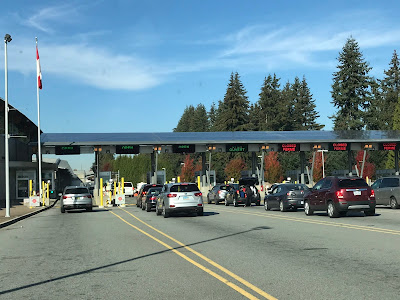 For example, last Sunday the guy from Canada Customs asked me "How did you break your driver's side mirror?" (A truck hit me and I couldn't afford to fix it, so I've been praying for a new car instead. It's only been two and a half years. Thoughts and prayers....)

Some questions at the border probably make more sense in context. For example:

“Do your parents know this man is taking you into Canada to ride roller coasters?”

FYI, Eleanor and her friends were on our way to celebrate her birthday at the PNE.

Last Wednesday I got another brand new question. It was a follow up to the regular “When will you be returning from Canada?”

“Do you stay overnight every time you come up for chorus?"

My answer:  “I have my kids half the time, so the weeks when they’re with me instead of with my ex I have to hurry home after rehearsal to relieve the babysitter.”

How about this preposterous question:

“Are you carrying over $10,000 in cash or negotiable instruments?”

Only one person at Canada Customs has ever asked me to show him the money. In contrast, I regularly get this same tragicomic question from the overzealous Boy Scouts at United States Customs & Border Protection. 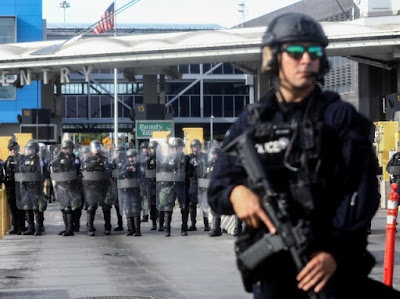 What's your guess for Canada Customs’ second most frequent inquiry, after “Where do you live”?

This is no exaggeration. I get some version of this question virtually every time I cross the border into Canada:

I’m amazed every time. I’m a middle-aged liberal driving his kid-ravaged minivan to gay choir practice. Do I match the National Rifle Association's profile of a typical gun-toting American? Or are Canadians just particularly gullible?

Besides, if I were planning to go postal, I wouldn’t be heading to Canada. 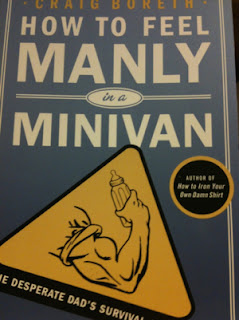 This next question from Canada Customs is officially the second most homophobic thing anyone in authority has ever said to me, other than my bigoted former employers. (My blog post last Sunday, "Adoption Stories: Flying the Friendly Skies," was about my most homophobic official encounter.)

I’ve gotten this particular question multiple times at the border in the past, although I haven’t had occasion to hear it recently. Nevertheless, other gay guys also complain about getting the same question, which I suspect is not routinely asked to straight couples:

“How do you two know each other?” 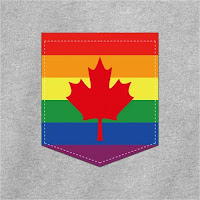 A few months ago, the booth at Canada Customs was manned by an agent I’d never seen before. The new guy was a total dude, with shaggy Whistler ski bum hair. He’s the only person who’s ever asked me the following question:

“Are you carrying any firearms or cannabis products?”

This was on Wednesday, October 17, 2018, the day recreational marijuana use became legal across Canada. He was smiling.

As with many questions from Canada Customs, the correct answer is a polite “No.” 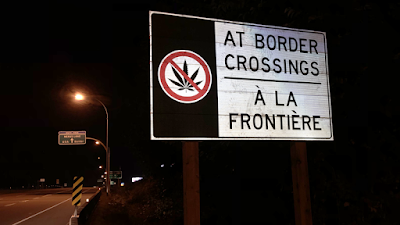