Contrary to my children’s vicious accusation, I am not a Baby Boomer. Not quite.

Technically you’ll find me on the cusp between the Baby Boom and Generation X. My precise status depends on where statisticians mark the beginning of the baby bust.

In any event, generations aren’t merely about the numbers. No doubt many other people born in May 1964 happily identify as Baby Boomers. But they probably exhibit some of the key demographic indicia of Boomers, such as having parents who got serious about childbearing after the end of World War II. In contrast, my parents were born during the war. They sailed through life just ahead of the Baby Boom. Meanwhile, I bobbed in the polluted wake left by the Me Generation. 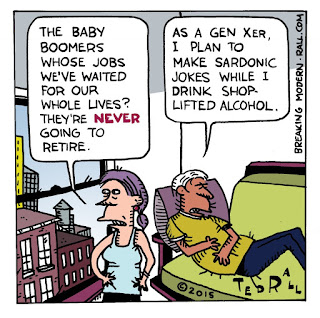 In addition to my lack of a Boomer attitude, I'm also missing key Boomer credentials. 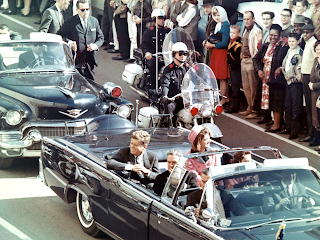 For example, I am not a Boomer because I don’t remember the Kennedy assassination. Nevertheless, I can tell you exactly where I was when JFK was shot:  in the womb.

I am not a Boomer because I never heard the Beatles before they broke up.

However, I remember when we gave up hoping for a Beatles reunion. John Lennon was killed when I was a senior in high school. 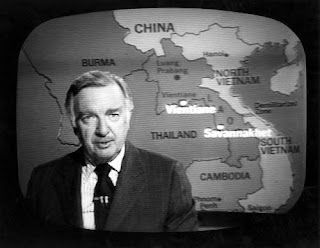 I am not a Baby Boomer because I didn’t realize there was a war in Vietnam until it was already over.

As a factual matter, I know my uncles served in the military. When I moved to Utah in junior high, I discovered my peers had older brothers who fought in Vietnam, or who gamed the draft. But I don't recall seeing anything on television about the war while it was still going on – one of the many benefits of growing up in Canada. And clueless. 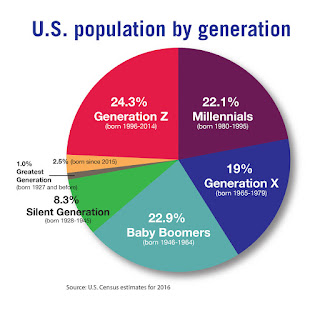 As a parent, I am not a Boomer because my children are not Millennials. Thank God. 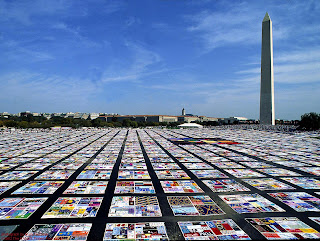 As a gay man, I am definitely not a Boomer. That’s something I figured out the first time I saw the AIDS Memorial Quilt.

The Names Project began curating the quilt in 1987. Individual panels are three feet by six feet – the size of a grave. The names on the quilt represent a cross section of the epidemic’s impact, with individual panels now stretching over fifty miles. It’s the largest piece of communal art in the world.

When I started my legal career as a closeted young lawyer at a big law firm in Seattle, I lived alone a small apartment in a pre-gentrified and still-gay Capitol Hill neighborhood. My office was in a brand new office tower next to the Washington State Convention Center. The already massive AIDS Quilt was on display in the Convention Center as part of a national tour.

I have three vivid memories from visiting the quilt on my way home from work:

First, I was taken aback to encounter the panel for a young man who was born on my birthdate in May 1964. He’d died a couple of years before, when we were both twenty-four years old.

Second, I began sobbing uncontrollably when I read a panel that consisted of the following text:

FOR THE LATTER DAY SAINTS
WHO DIED ALONE
AND IN ANONIMITY

When I located this particular quilt panel in the Names Project database yesterday, I was surprised to see the cloth was red. I didn’t remember that. But I remembered that the nameless Mormon quilter left out the hyphen in “Latter-day,” and misspelled “anonymity.” More importantly, thirty years later I remember weeping as I walked up Capitol Hill. 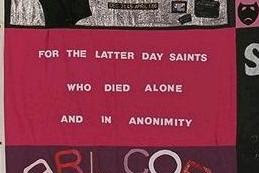 My third reaction as I read the birthdates on panel after panel was alienation:  this was not my generation. Instead, I recognized the AIDS Quilt told the story of the gay men who came out of the closet right before me. They overcame oppression, thrived after Stonewall, found love and freedom – then watched half a generation die from a horrifying plague no one saw coming.

The first handful of American AIDS cases were reported in 1981, the year I graduated from high school in Utah. The average time from diagnosis to death was eighteen months.

HIV tests became available in 1985 – the year I returned from the protective bubble of my Mormon mission in Korea, and began the long process of coming out to myself and everyone else.

In 1990, I graduated from Yale Law School and moved to Seattle. After nine years of genocidal neglect from society and the government, life expectancy had increased by a whopping four months, to an average of twenty-two months from AIDS diagnosis to death.

The number of AIDS deaths continued to increase each year, peaking in 1995. Then in 1996, protease inhibitors became available as part of new combination therapies. Thousands of patients who were on the brink of death – the lucky ones – leapt out of bed and walked into new lives. They called it a “Lazarus Effect.”

As a consequence, my generation of gay men in Canada and the United States was the last to live in a world where HIV was an automatic death sentence. That almost makes me a Baby Boomer.

But not quite. Unlike the Boomers, I never saw a gay paradise like San Francisco and New York in the 1970s and early 80s. Instead, my generation came out into a world where we knew AIDS was waiting to kill us. 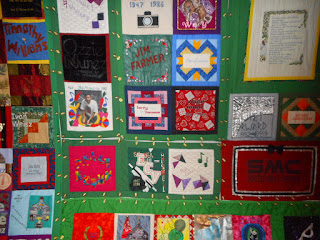 Up next in "HIV is Not a Picnic":   A Lifelong HIV Walk and Picnic