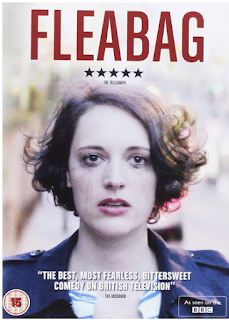 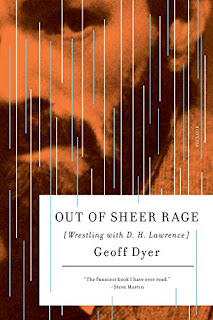 Last January I published a “Year in Review” blog post listing my favorite movies, books, etc. for 2018. Over the holidays I started writing a similar post covering 2019, but eventually I abandoned the attempt.

I also tried listing resolutions for the new year, like I did the year before in “Resolute.” Once again I found myself with nothing but padding.

On the 2019 arts side:   I saw very few movies in 2019. No one ever invited me out other than my son. As a result, any list of favorite movies would have convinced you I have the cinematic taste of an eleven-year-old video gamer.

On the 2020 resolutions side:  I didn’t have the heart to measure my expectations against 2019’s many frustrations, adventures, and surprises. The future is even more of a mystery. Nevertheless, right now I feel healthier and happier than I’ve been in my entire life. 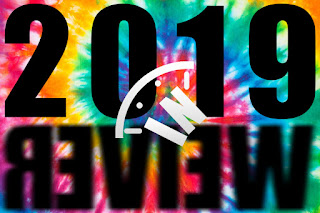 Favorite television shows I saw in 2019:

3.     The Best Worst Thing That Ever Could Have Happened

4.     Jordan Ellenberg, How Not to Be Wrong:  the Power of Mathematical Thinking

5.     Leslie Jamison, The Recovering:  Intoxication and its Aftermath

6.     Isaac Butler & Dan Kois, The World Only Spins Forward:  the Ascent of Angels in America

8.     Heather B. Armstrong, The Valedictorian of Being Dead

12.   Sheila Weller, Carrie Fisher: A Life on the Edge

13.   Judith Grisel, Never Enough:  the Neuroscience and Experience of Addiction

15.   Jonathan Rauch, The Happiness Curve: Why Life Gets Better After 50

17.   Dana Schwartz, Choose Your Own Disaster

20.   Michael Pollan, In Defense of Food 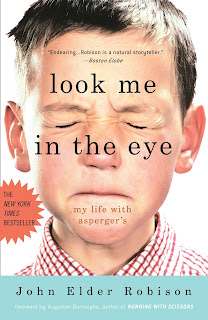 Last year my reading list included several memoirs by writers living with mental illness. I’ve already started 2020 with another example of the genre, John Elder Robison's Look Me in the Eye:  My Life with Asberger’s.

The author’s younger brother is Augusten Burroughs, the crazy gay memoirist who wrote Running With Scissors. In his foreword to Look Me in the Eye, Burroughs shares the advice he offered as his brother began chronicling life on the autism spectrum. “I gave him the oldest rule in writing:  Show, don’t tell.”

My top television and book picks for 2019 both were British imports. Here’s the Wikipedia synopsis for Fleabag, which you can stream on Amazon Prime:

This weekend Waller-Bridge added a couple of Golden Globes to her Emmys. Go ahead and jump on the critical bandwagon – Fleabag’s writing and acting really are exceptional.

Folks are less likely to be familiar with Geoff Dyer, an English writer now living in California. He published Out of Sheer Rage in 2009. I ordered the book from the library last year after seeing it described as “the best book ever about writer’s block.” Steve Martin's blurb hails it as “the funniest book I have ever read.” Here’s the Amazon synopsis:

Geoff Dyer was a talented young writer, full of energy and reverence for the craft, and determined to write a study of D. H. Lawrence. But he was also thinking about a novel, and about leaving Paris, and maybe moving in with his girlfriend in Rome, or perhaps traveling around for a while. Out of Sheer Rage is Dyer's account of his struggle to write the Lawrence book – a portrait of a man tormented, exhilarated, and exhausted. Dyer travels all over the world, grappling not only with his fascinating subject but with all the glorious distractions and needling anxieties that define the life of a writer.

In addition to its stream of consciousness noodling about the writing process, Out of Sheer Rage resonated with me for several additional reasons. First, Dyer and I come from similar-ish backgrounds. As an American English Major who grew up in Canada during the 1970s, I get an alarming percentage of Dyer’s references and jokes, including his adolescent obsession with the oeuvre of hack thriller author Alistair McLean. Second, like Phoebe Waller-Bridge, Dyer writes with a wit that is incisively funny without descending into snark, candidly self-lacerating but deeply humanistic. Third, and most importantly, both Dyer and Waller-Bridge successfully create and sustain an unique voice that connects directly with the members of their audience.

Voice happens to be one of my obsessions as a reader and writer. Not just because I’m a first person writer myself, but also because I’ve come to embrace a model of human brain function that relies heavily on the metaphor of the sometimes competing, sometimes collaborating voices in your head. Or at least the voices in my head.

Fleabag and Out of Sheer Rage pose the same artistic question:  As a writer, how do you find your individual voice and then use it to both show and tell? 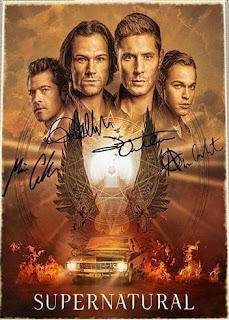 Two of the Leishmans of Bellingham are known for their fierce but contrasting commitment to television. My younger daughter has very broad taste:  she will repeatedly binge-watch every TV series you’ve ever heard of. Currently she’s revisiting Smash, while simultaneously cooking dinner, making a TikTok, and Snapchatting with three friends.

In contrast, my nephew is utterly obsessed with a single show:  The CW channel’s long-running Supernatural. He has an encyclopedic knowledge of Supernatural lore, and an impressive collection of artifacts related to the show. Tragically, the series is in its final season.

Before Christmas I was reading my weekly email newsletter from Village Books, Bellingham’s marvelous independent bookstore. There was an author book signing announcement for The Adventurous Eaters Club, a newly published book about making healthy family meals together. I thought to myself, “Hmm, someone recommended this book for me as a single dad, maybe I should stop by Village Book and check it out.” However, I noticed the meet-the-author event was that same evening, when I would be in Vancouver for chorus.

The author’s name and picture looked familiar. Who’s Misha Collins? Then I recognized him as one of the actors from Supernatural. Collins and his wife wrote The Adventurous Eaters Club.

Grandma wasn’t home, but I left her a message about my last-minute discovery. That put me in a moral quandary. Do I create irresistible pressure by also texting the news to my nephew during his day at high school?

I am the best uncle ever. 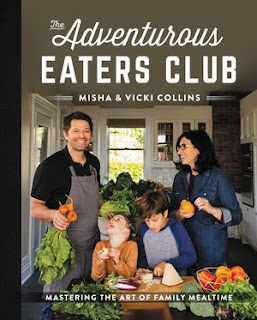 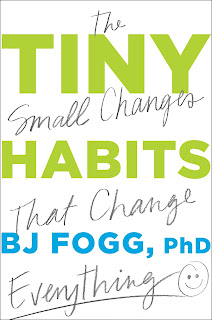 My friend BJ Fogg is a behavior scientist at Stanford, and an expert on habit formation. As classmates at Brigham Young University, BJ and I were among the cofounders of Student Review, BYU’s pioneering independent student newspaper.

Last week BJ appeared on the Today Show to discuss his new book Tiny Habits: the Small Changes that Change Everything. Here’s a link to BJ's book page at Amazon.

This year I’m taking BJ’s advice. I won’t be revisiting my 2019 resolutions, and I won’t be making a long list of new resolutions for 2020. Instead, I’m going to focus on a single goal:  Prepare and eat more healthy family meals. Everything else will follow. Fortunately, my parents gave me a signed copy of Misha and Vicki Collins’ The Adventurous Eaters Club for Christmas.

In spite of everything, I can already tell 2020 is going to be a great year. 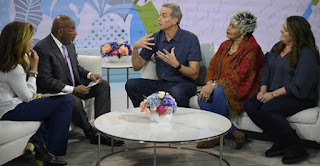 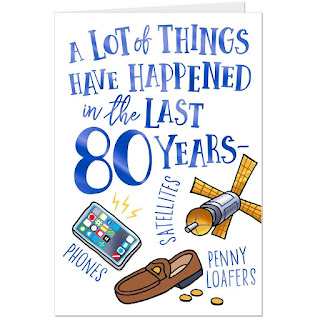