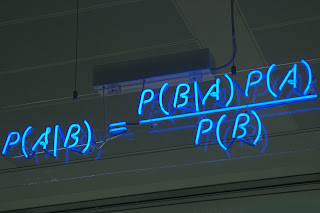 Although I’m a true-blue English major, I have a deep dark secret: I like math. In fact, I was the top math student in my high school graduating class.

Of course, I haven’t taken an actual math class since high school calculus. It turns out I really just like the idea of math. 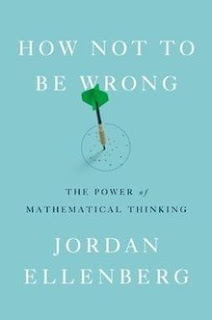 One my favorite books from Bill Gates’ recommendation list is Jordan Ellenberg’s How Not to Be Wrong. Ellenberg is a distinguished mathematics professor at the University of Wisconsin. His goal is to engage you with mathematical concepts that are “both profound and simple.” How Not to Be Wrong is the perfect book for English majors and similar cocktail chatterers – we don’t have the attention span for profound but complicated math.

Ellenberg begins his preface with the answer he wishes he had the nerve to give at the beginning of every introductory math course, when yet another lazy student asks “When am I going to use this?”:

“Math is woven into the way we reason. And math makes you better at things. Knowing math is like wearing a pair of X-ray specs that reveal hidden structures underneath the messy and chaotic surface of the world. Math is a science of not being wrong about things, its techniques and habits hammered out by centuries of hard work and argument. With the tools of mathematics in hand, you can understand the world in a deeper, sounder, and more meaningful way.”

Or as Ellenberg encapsulates his argument elsewhere, “Mathematics is the extension of common sense by other means.” 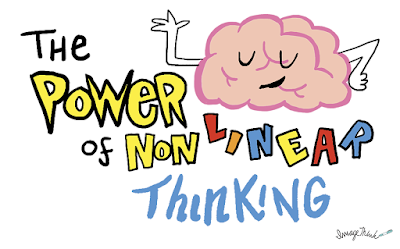 As I’ve previously discussed in various blog posts, Nobel-winning psychologist Daniel Kahneman offers a useful model of how our brains rely on two contrasting mental processors, which I've referred to as Thing 1 and Thing 2. The first system is fast and automatic, constantly multi-tasking as it retrieves memories and generates intuitions. In contrast, the second system allocates our brains’ limited conscious attention to effortful mental tasks. Thing 2 would prefer to lazily coast along with the information and unconscious assumptions it receives from Thing 1.

Humans’ unconscious Thing 1 is a powerful “parallel” processor, simultaneously making nonlinear associations among multiple memories and concepts. Our conscious Thing 2 processor is better at linear reasoning from A to B to C. But with some extra glucose-burning effort, Thing 2 can also make the nonlinear leap from A to Z. Eureka! 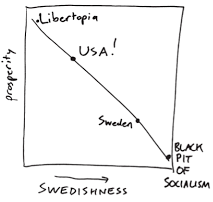 Linear phenomena can be graphed as a straight line, because increasing x results in proportionately more y. Ellenberg uses the example of a diehard libertarian’s view of socialism: countries with less “Swedishness” will automatically be more prosperous. 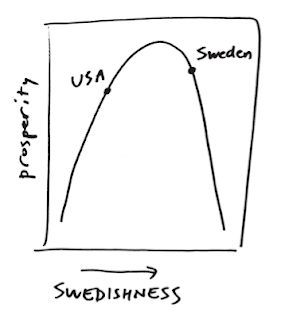 Sadly for the Cato Institute, real life phenomena tend to be more complicated than the libertarian ideal. The graphed relationship between two variables often results in a curve, rather than a straight line. At some point, increasing x will reduce the amount of y. As a result, purely linear thinking will lead you astray.

Curved functions also convey more information than straight lines. At any given point on the curve, you can determine not just the ratio between x and y, but also the direction and rate of acceleration or deceleration. According to Ellenberg, “nonlinear thinking means which way you should go depends on where you already are.” 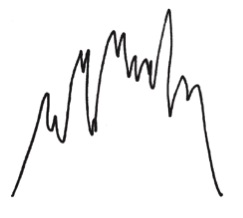 Of course, there’s a difference between curves and curves.

According to Washington DC legend, the tax-cutting “Lafler Curve” that was used to justify trickle-down Reaganomics was drawn on a restaurant napkin. However, a simple parabola-shaped graph doesn’t necessarily capture the complex relationship between a particular x and y. Actual results may vary.

Ellenberg’s graphs merely plot the relationship between x and y. What happens when you add z to the mix? And a, and b, and c…?

As astronomers figured out long ago, charting the interaction between two moving objects – such as the Earth and its moon – involves a straightforward arithmetic computation. However, adding a third object to the mix, such as the Sun or Mars, brings a whole new dimension to your calculation. In fact, it turns out that it’s impossible to solve a “three-body problem” (and the more general n-body problem) with mathematicians’ traditional tools. 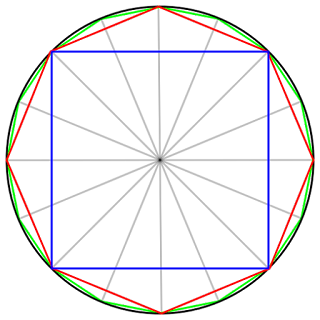 Centuries before Newton and Leibnitz came up with calculus, mathematicians already realized it was possible to find real world answers to complex problems by relying on elegant fictions.

For example, everyone knows it’s a pain to measure a round object with a straight ruler. Instead, you pretend it’s a regular polygon with numerous sides. As Ellenberg observes, “the great insight of Eudoxus and Archimedes was that it doesn’t matter whether it’s a circle or a polygon with very many very short sides. The two areas will be close enough for any purpose you might have in mind…. The slogan to keep in mind: straight locally, curved globally.” 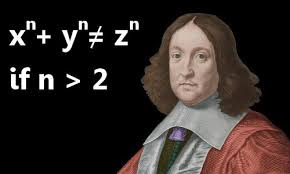 Famed French mathematician Pierre de Fermat was a lawyer. So were Leibnitz and Copernicus.

Conceptually, mathematics is very like the law. You isolate or emphasize particular variables, then propose a story that hopefully fits together. As Ellenberg observes,

Real-world questions aren’t like word problems….  It’s only after you’ve started to formulate these questions that you take out the calculator. But at that point the real mental work is already finished. Dividing one number by another is mere computation; figuring out what you should divide by what is mathematics.

If you’re doing your work correctly, you constantly test your model against reason and experience. According to Ellenberg, “a mathematician is always asking ‘What assumptions are you making? And are they justified?’”

A lawyer asks the same questions – or at least a lawyer who’s attempting to get at the truth, rather than trying to pull the wool over someone’s eyes. 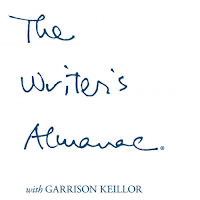 Garrison Keillor used to have a daily segment on NPR called “The Writer’s Almanac,” sponsored by the Poetry Foundation. (After a #MeToo hiatus, Keillor revived the feature last year as a daily podcast on his own website.)

Unlike my plugged-in-from-birth children, I can’t write anything on my phone longer than a shopping list. When I’m away from my computer and laptop, I instead write in pencil on blank sheets of paper. Eventually I laboriously transfer what’s legible into electronic files.

As I was copying handwritten notes from my chorus music binder last week, I found something that looked sorta like a poem:

some things you approach obliquely

others you pretend involve a line

because you’re a nonlinear thinker

in every sense of the words

Be well, do good work, and keep in touch. 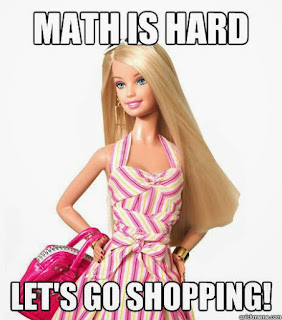