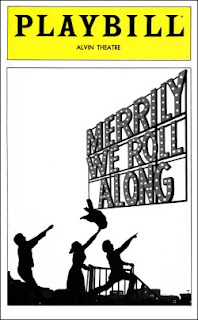 In 1981, the year I graduated from high school, the most anticipated Broadway musical was Merrily We Roll Along, from composer Stephen Sondheim and director Hal Prince. These two theatrical gods had collaborated on repeated commercial and artistic triumphs over the previous decade, from Company to Sweeney Todd.

Merrily introduced some of Sondheim’s most enchanting songs, including “Good Thing Going,” “Old Friends,” and “Not a Day Goes By.” The musical’s gimmick, which came directly from the 1934 Kaufman/Hart play it’s based on, is the story unfolds backwards:  starting with the characters as jaded adults, and gradually returning them to idealistic high school graduates two decades before.

Merrily was a disaster. Frank Rich, The New York Times’ longtime drama critic and perhaps Sondheim’s biggest booster, confesses that he still listens to the Original Cast Album with fondness. So do I. Nevertheless, Rich felt entirely justified panning the musical. So did every other reviewer. (“Not since Carrie....”)

Merrily closed after just 16 performances. It was Sondheim and Prince’s first flop, and ended their partnership. The problem with Merrily is that it leaves audiences feeling not catharsis but disenchantment.

These days everyone knows the musical is unstageable, unless…. The amazing thing about Merrily We Roll Along is no one can quite give up on it. 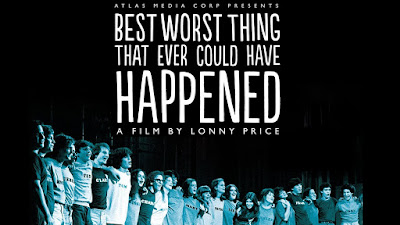 Netflix is currently screening a documentary about the doomed original production of Merrily, called The Best Worst Thing That Ever Could Have Happened. The film is a labor of love directed by Lonny Price, the actor who played Charley. After Merrily, Price left Broadway and went on to a career as a regional theater director. In addition to recent interviews with the cast and crew, Price benefited from hours of film footage from 1981 that was shot for an unaired ABC documentary, as well as video from a reunion concert fundraiser in 2002.

Some of Merrily’s young cast, like Jason Alexander and Jim Walton, have enjoyed successful acting careers. Others left the theater long ago. All of them look back at their experience with wistful awe. They made me think of comparably intense experiences from my own youth, such as founding Student Review at BYU, or performing at Palace Playhouse and the Hale Center Theatre. Later scenes in the documentary reminded me of various impromptu reunions of the gang over the years, when we met again as adults but still recognized the profound connections we share. 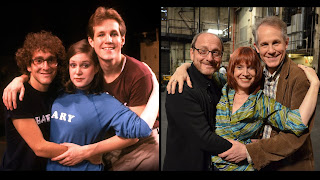 What I found most fascinating was the portrait of Sondheim and Prince in 1981 as middle-aged artists at a crossroads. Prince is the one who came up with the dubious idea of casting the show with inexperienced youths, because he saw their energy as essential to the show’s themes. As Prince observed years later, young people don’t understand “they’re building something.” Prince sincerely believed his concept would work, right up until the brutal opening night. Meanwhile Sondheim was on fire, composing amazing songs with an ease he hadn’t felt since his own youth.

The juvenile cast comes across as overwhelmed but enthusiastic, and constantly radiating energy. On one level, Prince and Sondheim are like aging vampires – inviting themselves to a cast member’s member’s birthday party, then staying all night to hang with the perky teens and 20somethings. I wish I had a bootleg recording of Stephen Sondheim playing “Happy Birthday” on the piano in my apartment when I turned 21.

On the other hand, it would be a mistake to cede creativity to young people. Samuel Johnson described second marriages as “the triumph of hope over experience.” That’s also a pretty good definition of a successful life. In the case of Stephen Sondheim and Hal Prince, examining the energy of youth gave them a shot of youthful energy right when they needed it. 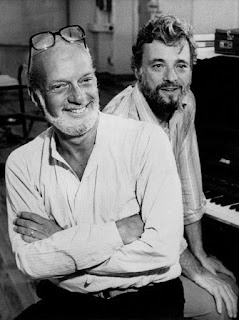