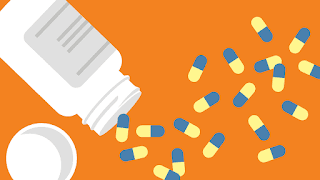 Several folks requested an update about the painful boil on my chest that I wrote about last month. The doctor at the walk-in clinic who diagnosed my nasty bacterial infection warned me there was a 50/50 chance fluid would collect under the skin, requiring me to come back and have it lanced. Instead, a small crater opened up next to my left nipple, and the boil slowly drained itself. Now it's gone dormant again, and looks like a mostly-healed bullet wound.

When I picked up the powerful antibiotic the doctor prescribed, I recognized its brand name: Bactrim. As Sir Alec Guiness would say, “That’s a name I haven’t heard for a long, long time.” 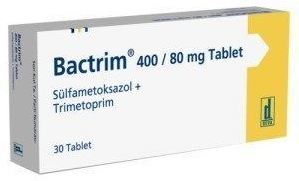 I became an advocate for people affected by HIV/AIDS during the early 1990s. We were barely a decade into the epidemic. Doctors had isolated the virus and developed tests for the presence of HIV, but we were still years away from lifesaving anti-retroviral combination therapy. The only available anti-HIV medication at the time, AZT, had toxic side effects, and merely slowed rather than stopped the progress of the virus.

HIV is insidious. It doesn’t attack organs directly. Instead, the virus hides in the body for years, silently targeting the immune system itself. As patients eventually lose their ability to ward off attacks, they become vulnerable to a wide variety of “opportunistic infections” that a healthy immune system would easily deflect.

Public health officials first became aware something bad was happening when a handful of urban young gay men were diagnosed with Karposi’s Sarcoma – rare skin lesions that previously appeared only on elderly Mediterranean men. Doctors treating HIV patients encountered other exotic diseases, such as avian flu, pneumocystis pneumonia, and cytomegalovirus. During the 1990s, Bactrim was the go-to antibiotic for many of these opportunistic infections.

I wasn't surprised by my recent bacterial chest infection. I expected it, or at least something like it. Last month the Court of Appeals held oral argument in my pending lawsuit. As with other major crossroads over the years, I could feel the huge wave of stress building in the weeks before the big day. I was tired and run down, and I knew my body was preparing to act out. This has happened before. In fact, the chest boil was only the third grossest of my anxiety symptoms last month. (Don’t ask.)

Just as predictably, most of my bodily complaints settled down immediately after the big deadline passed, with or without medication. Still, I was glad to have extra material for my annual physical exam this week. I’ve been making a list of new quiz questions for my insightful Bellingham physician, Dr. Heuristic.

For example, when the doctor at the walk-in clinic was examining the boil on my chest, she suggested I have someone look at the ominously dark mole a few inches away. I explained that last year Dr. Heuristic said it was merely a “barnacle” from ordinary aging. She gave me a look I recognized from the faces of fellow lawyers: “If someone else wants to commit malpractice that’s his own business.” I’m sure my friend Dr. Ken can point me to the appropriate emoji. 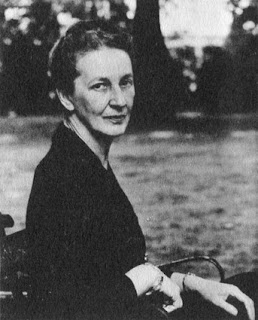 My all-time favorite author is an obscure woman from the Scottish Highlands who used the penname Jane Duncan. She had an extraordinary story-telling gift, evoking memorable characters while subtly tackling profound themes, with an authorial voice that connects directly to each reader.

As I’ve written before, even after reading Jane Duncan’s books numerous times over the decades, I still marvel at our many personal connections. For example, last month as I was washing blood out of my shirts from my leaking boil, I remembered how in times of exceptional stress, her protagonist inevitably develops an itchy skin rash. Then she proceeds to tear off her flesh in long strips. (I told you these things are gross.)

On my most recent re-reading of My Friends George and Tom, I was struck by another thing Jane Duncan's narrator and I have in common: we both know exactly when and how our bodies are going to react, but that knowledge merely makes us angry at ourselves. Which makes the itchiness/hairpulling worse, and then stokes the anger, in a vicious cycle. 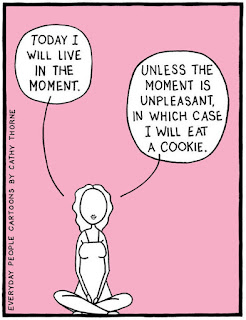 Years ago a therapist recommended I try mindfulness meditation. Even as a casual practitioner, mindfulness was a helpful tool for coping with the pressures of legal practice and parenthood. Then when PTSD and its aftermath upended my life, I committed to daily meditation. I also began to seriously research the relationship between mindfulness and brain function.

Numerous apps and gurus offer tools under the "mindfulness" label. Most of these approaches are based on ancient Buddhist practices, but with a thoroughly secular bent. Mindfulness cultivates a focused awareness on the present moment – closely examining our sensations, thoughts, and feelings. The key is not to judge or to seek change, but rather to dispassionately observe and accept things as they are. Along the way we learn to treat ourselves and others with a mindset of loving kindness. One paradox of mindfulness is that meditation will improve your life, but change is not supposed to occur right this minute. Nevertheless, mindfulness techniques can help calm some of our overreaction to specific events.

Humans’ powerful fight-or-flight instinct evolved over millions of years. What we experience as “stress” is a potentially healthy response to the various serious stressors we encounter. But stress leaves us vulnerable to opportunistic assaults. For people like Jane Duncan and me, looming life crises are the modern equivalent of a mastodon charging. You can’t blame your body for overreacting. Or your mind. Instead, you have to navigate through stressful situations with a practical mix of medicine, meditation, fuzzy things, and walks with the dogs. And lots of patience and humour.