Although I was born in Denver, Colorado, I grew up in Vancouver, Canada. Not counting family vacations to Utah and Colorado, my first big trip to “the States” (as I still mentally refer to the USA) occurred during the summer of 1976, in time for the big Bicentennial celebration.

I’d just turned 12. My boy scout troop was a part of a group of Mormon scouts from the Vancouver region who traveled to Southern Utah and Northern Arizona. We spent the memorable Fourth of July itself in balmy Saint George, Utah – staying with kind host families, watching the fireworks, and touring local Mormon history sites.

Along the way we explored the Grand Canyon, Zion’s Canyon, and Bryce Canyon, which all were amazing. On the drive back north we stopped in Provo, Utah, where we hiked through Timpanogos Cave. I also visited Brigham Young University for my first time – the tour organizers arranged for us to take much-needed showers at BYU’s George A. Smith Fieldhouse.

In the subsequent four decades, I’ve returned to Zion’s, Bryce, and the other spectacular national parks of Southern Utah. I have yet to make it back to the Grand Canyon or Timpanogos Cave. And as a P.E.-phobic, I don’t think I set foot in the Smith Fieldhouse the entire time I attended BYU. 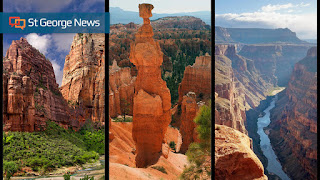 Our bicentennial road trip occurred during the prime of my impressionable Mormon youth. I already idealized the Canadian Mormons I was familiar with. When my parents announced we were moving from Vancouver to Brigham City at the end of the summer, my idyllic experiences during the memorable boy scout road trip gave me confidence that I was heading to a good place.

That’s not how it turned out. In 1976, Brigham City was not an affirming place for an awkward, clueless, overachieving gay teen. As I’ve chronicled elsewhere, the move from cosmopolitan Vancouver to backward Utah came at a particularly bad time for me developmentally.

As I typed this, I realized I should be able to sue a parade of therapists for failing to point out the obvious connection between my idealistic expectations about Utah and the traumatic reality of my years living among the Mormons. Put it on the list…. 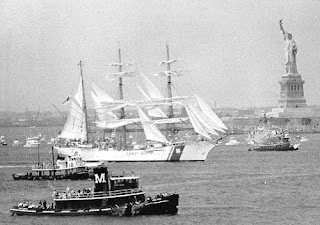 Pioneering gay journalist Randy Shilts began his history of the AIDS epidemic, And the Band Played On, by describing the flotilla of “tall ships” sailing into New York harbour in July 1976 to commemorate the Bicentennial. According to Shilts, gay men from across the country and around the world were pouring into post-Stonewall NYC, thrilled by their hedonistic new freedom – but oblivious to its eventual consequences.

Shilts can be melodramatic in his characterization of the epidemic’s Ground Zero and its alleged Patient Zero. But I can relate to Shilts’ suggestion that July 4, 1976 marked the end of a certain kind of innocence about America. It definitely feels that way for me. Brigham City, junior high, Utah Mormons, the closet, BYU, Reagan, Bush, Bush, increasing economic inequality, oligarch-enabling courts, prejudice, climate change, Trump…. Frankly, everything about the States has gotten worse since the fireworks ended. 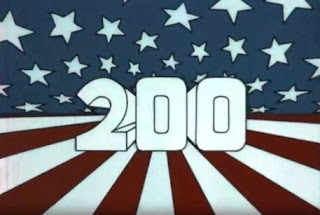 This is my 200th blog essay. This month also marks two years since I began publishing on this site after my writer’s block finally lifted for the first time in decades.

As my doctor predicted, writing for regular publication has been immensely therapeutic. Along the way I've had fun and learned a lot – about the craft of writing, the process of editing, numerous research topics, and my own brain and mind. Meanwhile, in addition to these blog essays and various other reading and writing projects, my draft book has morphed into three separate book manuscripts. Hopefully I’ll finish one of them soon.

I'm grateful for everyone who told me they liked something they read, as well as for those who read silently. And for the inestimable support of my long-suffering parents and my rambunctious children.

Thanks especially to those who have reached out to me individually. Particularly the members of Vancouver Men's Chorus, who have been a lifeline throughout this challenging period. Because of the quirks of both my personality and my disability, it's hard for me to take the initiative socially. So I really appreciate the gestures of friendship for a socially-challenged introvert with PTSD, and support for a weary unemployed single father.

Like writing, parenting is fun but exhausting. And vice versa. As Hillary Clinton titled her first book, "It takes a village to raise a child." Thanks to all you Village People.