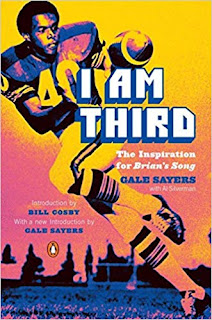 Most Wednesday nights after 10 pm you’ll find me at Showtunes Night in Vancouver. Listening to music and singing along induces a creative flow state. It helps me think and write, as well as providing a relaxing escape from real life.

The two piano players on Wednesdays, Kerry O’Donnell and Sean Allen, are excellent musicians with differing styles. Both sing well, but as they remind the assembled crowd, it’s supposed to be a sing-along. When the crowd is in full voice we can pull off spectacular numbers, like “One Day More,” the multi-layered finale to Act I of Les Misérables. Kerry and Sean also invite up members of the audience who are brave and/or foolhardy enough to take the microphone for solos and duets.

Last Wednesday the kids were with my ex, so I got to stay out late. Over the course of the evening, three strangers each came over to compliment me on my singing. (As far as I could tell, only one of them was hitting on me. But I’m notoriously bad at gauging these things.) Eventually each asked when I would be singing a solo. I told them never.

Why not? Three reasons.

As I told the first of the three gentlemen, I’m too shy to sing a solo. I prefer to be part of a crowd or chorus, rather than draw attention to myself. Unlike many of my prima donna Second Tenor colleagues, I don’t think of myself as having a solo voice. And as an introvert, I’m just not the solo type.

Social anxiety affects people differently. I’m usually fine with public speaking. But public singing or dancing presents a paradox:  in order to be relaxed enough to perform, I’d probably have to be unconscious. 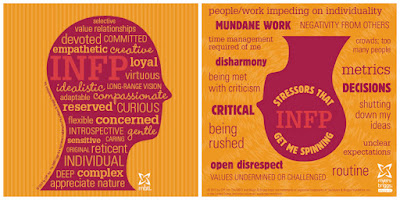 Frankly I’m tired of all that introvert  / INFP / psychobabble. So I told the second guy the truth. Every Wednesday I arrive at Showtunes Night determined to sing my first solo – but then I’m paralyzed trying to choose the perfect song.

The same thing happens with karaoke. For decades I would sit in bars, listen to good and bad singers, drink a few beers or cider, and peruse the song lists. They’re overwhelming.

I’ve sung karaoke exactly once. It was after some lawyer conference, at a random bar in the hinterlands, with no judgmental gays for miles. I did fine. FYI, I chose the 1980s Naked Eyes version of Burt Bacharach’s “Always Something There to Remind Me.” I’m sure a therapist would find my choice illuminating. But one song is not much of sample.

Last week one of the pianists from Showtunes Night posted his sample song list on Facebook. Seeing all the choices alphabetized just made it worse – how am I supposed to pick just one glorious song? That’s the way my mind works. It insists that there is indeed one platonic ideal of a song out there, perfectly suited for this precise moment. But the odds of identifying it before last call seem pretty slim. 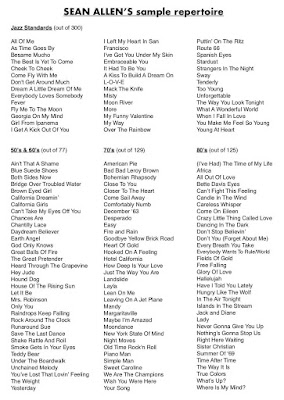 At this point someone asked why not just sing a duet?

Obviously he wasn’t paying attention. Duets are even more stressful than solos. And not just the challenge of agreeing on a song. For one thing, most duet arrangements leave both singers pretty damned exposed. I can’t just stand next to Trish and chime in with an occasional “ooh.”

More importantly, duets are a team sport, but with a very small team. You’re supposed to read each other’s minds and respond to each other’s subtle emotional cues, like Fred & Ginger or Peaches & Herb. That’s definitely not me. I don’t know what we’re calling the Asberger’s spectrum these days, but I'm so awkward I can barely tell that my children like me.

Of course I’d love to stare into someone’s eyes and sing something by Cole Porter together. Or dance a sultry spotlight tango. But I can’t even get a coffee date. I shouldn’t waste any of my precious supply of chemistry on a painfully platonic version of “Suddenly Seymour.”

I told the third stranger the real truth:  I can’t sing a solo because I come to Showtunes Night each week to harmonize. In fact, I compulsively harmonize. I can’t stop myself. Melody repels me.

My harmonizing compulsion has only gotten worse as my musical ear has gotten better. It’s not enough to go for the obvious harmonies – the perfect fifths or thirds, or the flatted third for minor keys. I'm sure someone has that covered already. Instead, I want to sing the Andrews Sister note (the sixth), or turn the chord into blues or barbershop (the harmonic seventh). Actually I don’t even know the names of most of these notes. Instead, I hear the soloist and the other folks in the room, and my subconscious tries to figure out what interesting note is missing from the chord.

So I can’t sing a solo at Showtunes Night. The audience would hear only me – not the imaginary track in my head that I’d be improvising around with my “lovely” harmony voice (according to three random gentlemen in a bar, thank you very much). 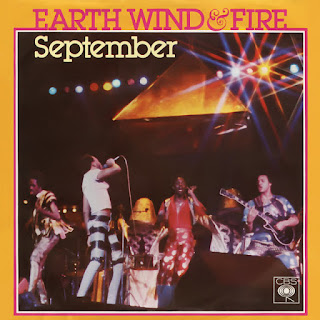 Each week at Showtunes Night, the piano players maintain a signup list where you can suggest a song for the group, or volunteer to sing a particular solo. I’ve never actually seen the signup sheet myself, so I can’t tell you what’s on it. I’m sure merely touching the list would cause me to break out in hives or something.

Last week the highlight of the evening came when Kerry said “I’ve never seen this music before in my life, but we’re doing it anyway.” Someone from Vancouver Men’s Chorus had requested “September,” by Earth Wind and Fire, which is one of the spectacular numbers from our upcoming 70’s-themed concert. The bar patrons included a suitable cross-section of chorines from the First Tenor, Second Tenor, Baritone, and Bass sections – coincidentally, Showtunes Night occurs right after VMC’s weekly rehearsal. The rest of the audience got to join in our preview of some lovely bell-bottomed harmonies.

So if you want to hear me sing, you’ll have to buy tickets to the VMC concert next month – and hope that I’m so overwhelmed trying to remember the choreography that I blurt out something during a rest. Or just come to Showtunes Night and sit near my stool in the back. There's room in the chord for everyone. 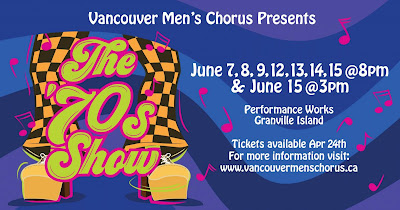