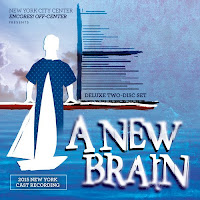 My daughter Eleanor is my most reliable theatre date, at least since Fred died and Dr. Ken moved to California. Occasionally I invite one of my other children to attend with me instead, but it’s hard to find a play that will capture their screen-addled attention.

Last summer I took Rosalind to Vancouver for an evening of Bard on the Beach. The performance was a charmingly updated version of the timeless comedy As You Like It, with a 1960s setting and the characters all singing Beatles songs. The heroine at the center of As You Like It remains one of the Bard’s greatest creations. According to Harold Bloom, if she “cannot please us, then no one in Shakespeare or elsewhere in literature ever will.”

Nevertheless, Rosalind found the play disturbing. The heroine’s name is Rosalind, and my daughter isn’t used to hearing her name repeated out loud that often. Unless she’s in trouble.

I understand where Rosalind is coming from. Because my ex Jason was born the first year of his name’s decades-long reign at the top of the baby name charts, he went through his school years surrounded by guys with same name. To compensate, we gave each of our children names that were uncommon, classic, but not weird. My own name comes from a similar chapter of the Baby Name book. Like Rosalind, Eleanor, and Oliver, I seldom overhear my name referring to someone else.

Except when I’m introduced to rabid showtune fans. They invariably mimic the recording on the guys’ answering machine in Rent:  “RoGER, this is your moTHER.” 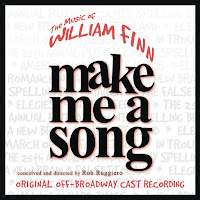 I’ve always relied on lists to manage my confusing thoughts, regardless of whether they involve shopping, legal arguments, or cute guys.

For example, at the piano bar singalong night in Vancouver each Wednesday, I usually spend the evening noodling over three separate mental lists. The first list involves the evening’s songs. The two piano players, Kerry and Sean, always call for requests. I never comply. Instead, I maintain a secret list of the top three songs I’d like to hear that night. They average getting it right a couple of times a month.

The process of listening to the evening’s songs generates my second list:  which performance of that same song from my four decades of theatre-going would someone else be most impressed by? For example, Sean envies me for seeing the original production of Rent in 1997, but that’s because he thinks one of the actors is hot.

One night I happened to be sitting next to Kerry’s mum. She swooned over “Losing My Mind.” I told her for my own mother’s 60th birthday I took her to see Barbara Cook in concert. Later I challenged Kerry to top my demonstration of filial piety.

The third mental list rotates each week, although eventually it degenerates from something like “Who would I like to come up and talk to me?” to “Who’s hot?” 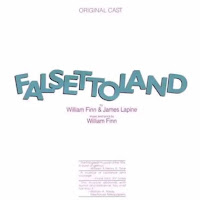 With the bars closed, Showtunes Night has moved online. Each Wednesday Kerry and Sean take turns playing from their home pianos, with the regular crowd observing and chatting on Facebook Live.

A couple of weeks ago, Kerry saw one of my chat comments, and invited me to request a song. Here’s my response: 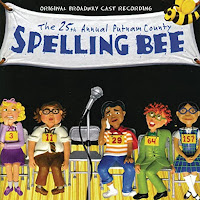 I’ve been going to piano bar singalong after Vancouver Men’s Chorus rehearsal almost every Wednesday for several years. Personally, the most devastating consequence of the coronavirus pandemic has been the closure of the Canadian border.

The last time I enjoyed my fix in person, I closed the bar. (Hush, that only happens half the time.) After 1 am, the regulars are mostly vodka-infused rockers. Usually they prefer Sean’s renditions of AM radio classics from the 80s.

However, Kerry and I are more the showtune type. In his last set, Kerry observed “This is one of Roger’s favourite songs. And in the show the song comes from, it’s sung by a character named Roger.” 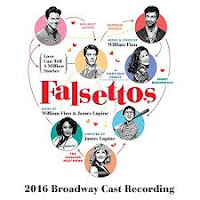 William Finn is my favourite off-Broadway composer. Last weekend I spent my birthday blissfully listening to a playlist of Finn’s songs as I walked, wrote, and parented.

I realized I’d only seen a couple of Finn’s shows in person. I saw the original Broadway production of The 25th Annual Putnam County Spelling Bee in 2004. And years ago I saw a production of Falsettos, which combines Finn’s first three autobiographical plays into a single madcap story about a gay man organizing his son’s Bar Mitzvah with his ex-wife, his former therapist/ex-wife’s new husband, his HIV-positive on-and-off boyfriend, and the lesbians next door.

I love the original 1990 cast album from Falsettoland. But I also recommend the film of the 2016 Falsettos revival, which featured the original Elder Price, Andrew Rannells, along with Christian Borle and Stephanie J. Block. Eleanor would recognize Borle as the gay composer in the TV show Smash; I saw him on Broadway as a dissolute Tony-winning William Shakespeare in Something Rotten.

As I sat at the computer listening to my playlist of William Finn songs last week, my non-showtune daughter dreamily wandered through the kitchen. Rosalind paused, then said “Papa, why do I suddenly want to watch Into the Woods?” 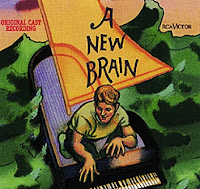 The “Roger song” Kerry played during my last Showtunes Night in Canada was “I’d Rather Be Sailing,” from the 1998 musical Finn wrote with James Lapine, A New Brain. The show is loosely based on Finn’s own experience at age forty when he was rushed to the hospital for emergency brain surgery, almost died, and slowly recovered.

The character who is a surrogate for Finn in A New Brain, “Gordon Schwinn,” is a frustrated writer. Gordon composes songs for children’s television host “Mr. Bungee,” but he’s blocked in his efforts to finish both Mr. Bungee’s frog songs and his own creative works. Gordon’s long-suffering boyfriend Roger is the one who loves sailing. 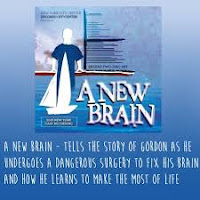 Last week while surfing Apple Music I realized New York’s Encores! staged concert series produced a revival of A New Brain in 2015. The cast album features Jonathan Groff as Gordon, as well as Ana Gasteyer as his mother and Christian Borle as Mr. Bungee. Unlike the abbreviated original album I already knew by heart, this marvelous new recording contains the full show, including new and extended songs.

In A New Brain, the experience of going through profound mental failure helps Gordon both to work through his creative block and to revive his relationships with Roger and others in his life. He changes his mindset.

Before his brain surgery, Gordon tries to finish “The Spring Song” and “The Yes Song” for Mr. Bungee. In the familiar original cast album, they’re mostly sung by Mr. Bungee. In the new Encores! recording, Gordon sings both songs first. They’re lovely and affirming – when Jonathan Groff sings them in earnest, not when Christian Borle or Chip Zien sings the same song as a hammy Mr. Bungee. Each of these encouraging songs eventually resonates with the musical’s happy ending, including Gordon’s reprise of “I’d Rather Be Sailing.”

My epiphany from listening to the expanded score of A New Born (other than the fact that Jonathan Groff is much more appealing than Malcolm Gets): even before he got his new brain, Gordon was on the right track. 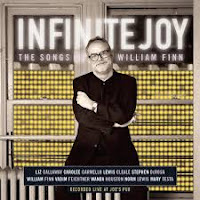 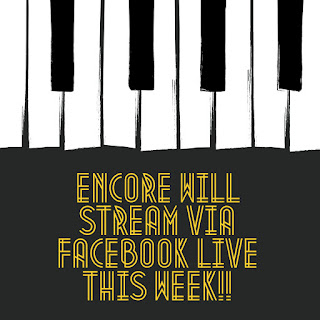