Growing up among the Mormons planted the Post-Traumatic Stress Disorder time bombs that my abusive employers triggered decades later. But I also count many blessings from my Mormon youth. For example, I was steeped in the old-fashioned King James Version of the Bible, the greatest Early Modern English text written by someone not named Shakespeare.

Each of Jesus’ New Testament parables has its own traditional name, such as “The Prodigal Son” and “The Wheat and Tares.” The story that opens Chapter 18 of the Gospel of Luke is sometimes called “The Unjust Judge”:

And he spake a parable unto them to this end, that men ought always to pray, and not to faint;
Saying, There was in a city a judge, which feared not God, neither regarded man:
And there was a widow in that city; and she came unto him, saying, Avenge me of mine adversary.
And he would not for a while: but afterward he said within himself, Though I fear not God, nor regard man;
Yet because this widow troubleth me, I will avenge her, lest by her continual coming she weary me.

Usually this story is referred to as the “Parable of The Importunate Widow,” or in recent years, “The Persistent Widow.” I don’t know which Greek or Aramaic words King James’ scholarly committee was trying to translate when they recounted Jesus’ story about the widow who continually troubled the unjust judge. But here are some of the English synonyms that Microsoft Word suggests for “importune”:   pester, harass, plague, annoy, persist, beleaguer, pursue, demand, bother.

You get the picture. 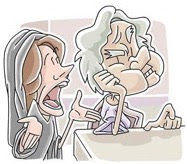 There are three phases of litigating your way through mental illness.

Shortly after I began work with the Washington Attorney General’s Office as Chief Legal Advisor to Western Washington University, I began experiencing strange symptoms that affected my behavior. In November 2015, my new Bellingham doctor determined my debilitating symptoms were caused by Post-Traumatic Stress Disorder. Although my PTSD symptoms were rooted in traumas that occurred three decades before, they were triggered by unhealthy dynamics in my new workplace.

Meanwhile, I also encountered implicit and explicit homophobia from my employers, as well as from key client contacts like former WWU President Bruce Shepard. When I submitted a sexual orientation discrimination complaint about my immediate supervisor’s misconduct, the Attorney General’s Office hired Patrick Pearce of the Seattle law firm Ogden Murphy Wallace PLLC into investigation my allegations of workplace bias. Instead, the State’s top employment lawyers assigned Mr. Pearce to investigate secret complaints from my supervisors about my behavior. Then they used his one-sided investigation report as a pretext for firing me.

Originally my story was about how the State bungled its response to disclosures about my disability and sexual orientation. These are the kinds of messy legal problems people face in real life every day. Usually there’s no clear written record or obvious explanation for what happened. Witnesses provide insistent versions of the same event. Defendants can always find a paid expert to justify their conduct. (“In my expert opinion, you can’t call what Ogden Murphy Wallace did ‘malpractice,’ because at least Mr. Pearce didn’t accuse you of faking your disability. That was Assistant Attorney General Kerena Higgins.”)

As a lawyer, I’m often asked if someone can sue their landlord, or boss, or Comcast. The literal answer is yes – anyone with a credit card number can file a lawsuit. But that’s only the beginning. Before a judge or jury can resolve the parties’ messy disputes, you have to endure months or years of expensive and painful litigation. For most people, the costs and risks aren’t worth the fight. That’s how Donald Trump became a “successful” businessman – by lawyering up, then bullying and intimidating his partners, suppliers, and customers.

By the time the State placed me on an abusive “home assignment” in March 2016, my PTSD symptoms made me incapable of representing myself, and barely capable of being a client. With the help of a good lawyer, eight months later I reached a modest settlement agreement with the State that my attorney and I thought would put me on track to reviving my health and career. 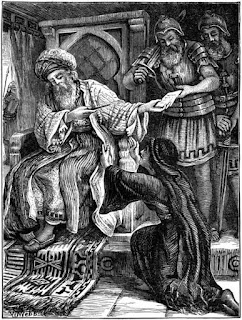 Things actually were much worse than my lawyer and I realized.

When I first encountered Ogden Murphy Wallace’s taxpayer-funded investigation report into my sexual orientation discrimination complaint, I thought it all was a terrible mistake. I naively thought that if the right people actually examined the evidence everyone would recognize there’d been a misunderstanding, and my family could promptly return to normal life. I was wrong.

As I wrote in one of my “Rock Bottom” stories last year, just before my mediation with my former employer I became suicidally depressed for the first time in thirty years. Our family lost our health insurance because the State’s lawyers miscalculated the COBRA deadline. Meanwhile, my former colleagues at the Attorney General’s Office had already begun a campaign to cover-up their co-workers’ malpractice and ethical lapses. Blaming the victim, they besmirched my reputation and interfered with my efforts to find new employment – in violation of our settlement agreement, the Washington Law Against Discrimination, and the Rules of Professional Conduct.

In January 2017, I reached out to Ogden Murphy Wallace’s managing partner in an attempt to clear my name. Rather than respond to my letter, instead he hired one of Washington’s most notorious insurance defense law firms, Lee Smart. (The firm’s nickname within the profession is “Less Smart.”) After failing to get anyone’s attention, in May 2017 I filed a lawsuit seeking damages from the lawyer-investigator who lied to me, Patrick Pearce, and from his firm. At this point I was representing myself. I couldn’t afford to pay a lawyer, and any ordinary plaintiff’s contingent fee lawyer would have looked at my case and seen a big huge hopeless mess.

I began my lawsuit with one stroke of good luck, and one disastrous stroke of reality.

My good fortune actually was the result of my industriousness. Or mild OCD. Because Washington is a community property state, when you sue someone you’re supposed to name both spouses as defendants. Lazy lawyers just put “and Jane Doe Smith” in the captions, but I try to identify the correct name. However, the State’s attorney-investigator Patrick Pearce appeared to be an internet cipher. In hindsight, it looks like someone paid an online reputation management company to clean up the embarrassing public record – a service Ogden Murphy Wallace happens to offer to its clients.

I never tracked down Pearce’s marital status. Instead I connected the dots between various separate news articles and made a juicy discovery. A couple of years earlier, the Chief Hearing Officer at Washington’s Office of Insurance Commissioner filed a whistleblower complaint about her supervisor’s improper interference with pending cases. The OIC hired Patrick Pearce to conduct the investigation – not into Judge Petersen’s complaint, but into trumped-up accusations against the judge herself. Eventually the State paid $450,000 to settle her wrongful termination claims. This discovery immediately changed my case narrative:  allegations that formerly might have been be dismissed as a messy “he said/he said” dispute instead became part of Defendants’ well-documented pattern of deceptive business practices.

The unfortunate stroke of reality? By spring 2017, I’d begun to understand the nature of my disability, and I’d learned to cope with some of my daily symptoms. Nevertheless, like many individuals who suffer from PTSD, I struggled to respond to stressful social interactions. Just like the Incredible Hulk. On the surface, I appeared to be a wholesome middle-aged Mormon dad. You couldn’t see the deranged obsessions, or the explosive rage waiting to be detonated by bureaucratic lies and lawyerly prevarications. This phase in my mental health was captured in a series of blog essays about my reactions to frustrating customer service experiences with Comcast.

Defendants replaced their lawyers from Lee Smart with a new hack insurance defense boutique. Meanwhile, the Attorney General assigned a dishonest and corner-cutting Assistant Attorney General to appear on behalf of the State. Both sets of lawyers tag-teamed me with gaslighting lies and obstructive tactics. I responded by losing my calm and my focus. Unsurprisingly, a busy trial court judge grasped at the slimmest of reeds to get rid of us. 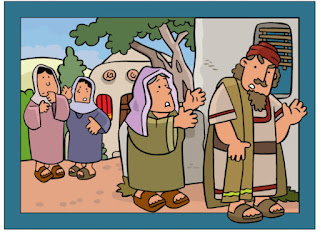 The Incredible Hulk phase of my litigation/mental health experience ended in disaster. Not only did the trial judge dismiss all of my claims under an inapplicable technicality, but he also ordered me to pay Defendants’ legal expenses. At the State’s request, the court also entered a broad order permanently sealing virtually all of Ogden Murphy’s investigation files, rather than considering any of my individual objections to the State’s overbroad and frivolous privilege designations.

However, once again I had the good fortune of discovering written evidence of my opponents’ dishonesty. In October 2017, shortly before they succeeded in getting my case dismissed, Defendants’ attorneys finally produced a copy of an irrefutable “smoking gun” email exchange between the State’s lawyers and their investigator.

There’s something wrong with the rule of law if it takes two years for the Court of Appeals to correct an obvious procedural mistake by a trial judge. Nevertheless, I put those two years to good use. After submitting numerous requests to the State under the Public Records Act, eventually I located the rest of the incriminating evidence that the Attorney General’s Office and Defendants had concealed. My efforts triggered a new outpouring of obfuscations and lies from two separate sets of sleazy lawyers.

As usual, the cover-up was even worse than the crime. 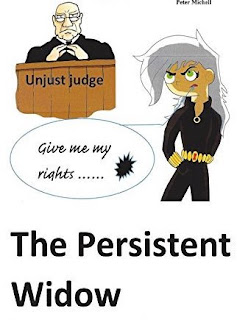 During the last two years I also made significant progress in my mental health. Some improvement was gradual. Eventually I stopped responding to every frustration like the Incredible Hulk. Other breakthroughs came after I passed important milestones, such as my recent string of victories in the Court of Appeals and the Washington Supreme Court, becoming a fulltime single dad, and inheriting a dog.

In “Well-Picked Battles,” I recently offered a few tips for anyone coping with litigation: (1) Find the best possible venue; (2) Focus on what’s important; (3) Seek the most favorable legal standard; and (4) Aim for as few distractions as possible. These days I don’t need to rely on disputed allegations, or “he said/she said” incidents. Instead, every argument I’ve chosen to make in my public filings is based solely on undisputed evidence:  the smoking gun emails and other contemporaneous documents begrudgingly produced by the State and Defendants themselves.

After four years of hard work, I’ve finally figured out healthy and effective ways for a pro se plaintiff living with mental illness to speak truth to power.

The truth will out. Eventually someone in authority will recognize what the State and Ogden Murphy Wallace did to my family is wrong.

Hopefully they won’t merely condemn these lawyers’ misconduct from sheer exhaustion, like the Unjust Judge in the parable. Instead, someone will finally recognize the truth because it’s the right thing to do.