In the coronavirus pandemic’s continuing assault on civilization, this week the United States Supreme Court held its first public telephonic oral argument. The big question was which quarantined justice flushed a toilet in the background.

Ordinarily, to see or hear the United States Supreme Court in action you’d have to wait in line outside the Court’s imposing building on Capitol Hill. The Court has been resistant to modern technology, with at least one justice saying cameras would enter the Supreme Court’s ceremonial courtroom over his dead body.

In contrast, since 1995 all oral arguments before the Washington Supreme Court have been televised live on TVW, our state version of C-SPAN. My father enjoys watching the justices questioning lawyers at the Temple of Justice in Olympia whenever there’s a lull in televised golf and curling. TVW also broadcasts archived legislative hearings and oral arguments late at night. If you’re enough of an insomniac, eventually you’ll see my handful of prior appearances before the Court.

Under Governor Inslee’s “Stay Home, Stay Healthy” order, the Temple of Justice has been closed since April. Like the rest of us (except the U.S. Supreme Court), the Washington Supreme Court has turned to Zoom. TVW broadcasts and records the group video chat. The justices all wear their robes, and appear in their Brady Bunch squares in front of individual green-screened fake courtrooms.

To prepare for my Zoom oral argument next month, I’ve been watching recordings from recent sessions before the Court. I’m worried. None of the other appellate lawyers had dogs and dining room tables in the background – just a few shelves of pompous law textbooks. Eleanor says I should take my laptop over to Grandma’s house and do my argument in front of the Wall of Books. 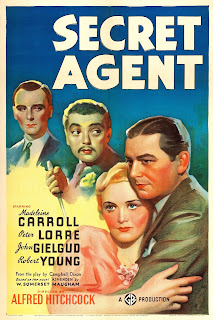 Reflecting the Court of Appeals’s junior status, its oral arguments are preserved only in audio format, not video. Here’s a link to the recording of the April 16, 2019 argument in my case against Defendants Ogden Murphy Wallace and Patrick Pearce.

Unlike most appellate courts, the judges of Division One of our Court of Appeals separately read the parties’ briefs, then “pre-conference” the day before oral argument and discuss the case together. That means the three-judge panel comes prepared with their focused list of questions the lawyers need to answer. It also means they only allow 10 minutes for each side.

As the appellant, I went first. I reserved three minutes for rebuttal. In spite of jitters and PTSD, my opening seven minutes went pretty smoothly. As I recall, the only flabbergasting moment came when one of the judges asked an awkward question that revealed he wasn’t familiar with the one-paragraph 1989 statute the case is about. Fortunately, one of the other judges stepped in and offered a gentle explanation to his colleague.

Defendants’ ten minutes came next. Team Ogden Murphy assigned the argument to a junior attorney, rather than to the invisible “Great Lawyer” whose name appeared on the pleadings. I can’t tell you much about her argument, or my rebuttal. I haven’t actually listened to the recording. It would be too triggering. 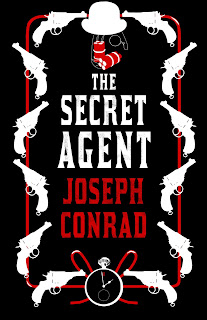 Washington has a rigorous and transparent procedure for approving government contracts, including a system for authorizing repeated projects by the same vendor. Several years ago, the State invited private firms to bid for authorization to provide various enumerated “personnel services” to state and local agencies. Ogden Murphy Wallace PLLC was one of the successful bidders, and entered into a “Master Contract” with the State.

Under Ogden Murphy’s Master Contract, state agencies like the Attorney General’s Office are pre-authorized to execute a “Work Order” identifying the “scope and description of work” of a specific project. I’ve already written about the Work Order at issue in my case, which limited Ogden Murphy’s expenditure of taxpayer funds to an investigation into my complaint of workplace discrimination on the basis of sexual orientation.

In January 2017, I sent a letter to Ogden Murphy Wallace outlining some of the glaring factual errors in Patrick Pearce’s investigation report, which had gone far beyond my sexual orientation discrimination complaint. I asked for a meeting with the firm’s managing partner, Geoff Bridgman. All I wanted was a chance to clear my name and salvage my professional reputation.

Mr. Bridgman never responded. Instead, in March 2017, I received a message from an attorney telling me she would be representing Ogden Murphy – Michele Corsi, then a partner in the Seattle insurance defense law firm of Lee Smart PLLC. (Ms. Corsi subsequently left the firm.) In our telephone conversation, Ms. Corsi told me her clients wouldn’t even consider addressing my concerns about the investigation report, because Ogden Murphy Wallace and Patrick Pearce had “fiduciary duties” to the State that prohibited them from responding to me.

This issue was particularly significant to me. When I pressured into entering a settlement agreement with the Attorney General’s Office in October 2016, I only agreed to release my claims against employees and agents of the State itself – not the investigator who told me he was conducting an “independent” investigation in to my allegations about workplace homophobia. I would never have discussed settlement with the State if I’d thought everyone was lying about Mr. Pearce’s status.

Moreover, as counsel for Defendants knew and knows, the Master Contract between Ogden Murphy and the State is absolutely clear on this specific issue. Paragraph 28 is labelled “INDEPENDENT STATUS OF CONTRACTOR.” It provides: 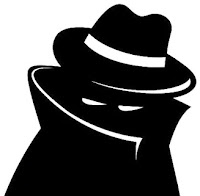 Even after I filed my lawsuit against Ogden Murphy Wallace and Patrick Pearce in May 2017, their lawyers continued to suggest Defendants acted as agents rather than as independent contractors. Meanwhile, although the State was not a party to the lawsuit, the Attorney General’s Office assigned Assistant Attorney General Suzanne LiaBraaten to represent the government agencies’ interests in the dispute. Ms. LiaBraaten refused to acknowledge that Defendants were excluded from the settlement agreement’s release provision.

Tag-team gaslighting by two sets of dishonest lawyers triggered additional PTSD symptoms. Nevertheless, the agency issue was central to the case. I therefore amended my complaint, and used all the procedural tricks I could think of to extract Defendants’ concession that they were not “agents” for purposes of the release.

Unfortunately, my PTSD-addled “big law firm” tactics cluttered the record, overwhelmed our busy state court judge, and nudged the case forward on its doomed course towards the iceberg. 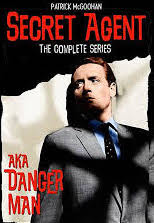 Back to oral argument in the Court of Appeals two years later.

The key colloquy of the morning occurred between Judge Marlin Appelwick and counsel for Defendants. Judge Appelwick started his question by observing that the settlement agreement releases not only the State but also its employees and agents, and asked counsel whether her clients intended to raise the agency issue on remand if they lost in the Court of Appeals.

My appeal briefing had not specifically addressed Defendants’ independent contractor status, because I thought the issue was already settled. Thus, the judges of the Court Appeals had no idea where in the record they would find the Master Contract or Defendants’ acknowledgment, and no reason to know about the independent contractor provision in Paragraph 28. The judges also had no reason to mistrust the lawyer standing in front of them when she said yes, Defendants intended to argue they acted as the State’s “agents.”

Defendants’ counsel had already stretched the truth a few times in her ten minutes at the podium. But this was too much. I could not believe I was listening to a lawyer blatantly lie to a judge about my case. For the record, her name was Claire Martirosian, of the Seattle law firm McNaul Ebel Nawrot & Helgren PLLC.

Even after a year of improving mental health, I do not know how I would respond to a similar trigger today. Hence I’ve chosen not to listen to the recording of my Court of Appeals argument. I don’t want to sit through the babbling I expect to hear during my last three minutes at the podium.

Fortunately, as painful as it felt at the time, not long afterwards I had the sense to recognize Judge Appelwick’s question actually was a sop to a fellow member of the august legal profession – a loser’s consolation prize. Which was frustrating. Nevertheless, as every experienced Washington appellate lawyer in the courtroom that day recognized, it also meant I was finally winning. 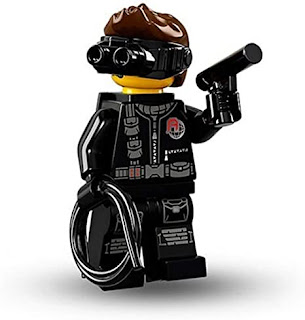 Sure enough, five months later the Court of Appeals issued a published decision in my favor. The Court’s opinion is sensible and straight-forward. The judges weren’t hitting for the civil rights bleachers. At this point I’m glad they aimed instead to create the smallest possible target for criticism or reversal. What matters is the Court of Appeals unanimously reversed the trial court’s erroneous dismissal order, and gave me another chance at justice.

Poker players have tells. So do lawyers and judges. The most interesting judicial tell in the Court of Appeals’ opinion? Here’s Footnote 3 from the decision:

The parties addressed only whether RCW 4.24.510 required dismissal of Leishman's complaint, and did not address whether OMW was an agent of the AGO and therefore barred under the settlement agreement.

And here’s the Court’s redundant Footnote 5:

Because the issue was not raised below or before us on appeal, we specifically do not address whether OMW was an “agent” of AGO and thus whether Leishman is precluded from seeking relief under the terms of the settlement agreement.

The opinion only has five footnotes. The Court of Appeals wanted to make sure Defendants and the trial judge got the hint. 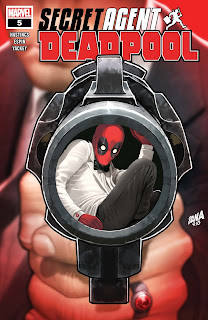 Zoom argument in my case in the Washington Supreme Court will be on June 9, 2020. I’ll post the link to the TVW video archive. The schadenfreuding sadists among you can watch live. Hopefully we’ll see fewer PTSD-triggering gaslighting lies from counsel. For a couple of reasons:

First, as I mentioned in “Well-Picked Battles,” immediately after the Supreme Court accepted review, Defendants’ insurers fired Ms. Martirosian and replaced her with an experienced and respected appellate lawyer, Paul Lawrence.

Second, on the first page of Defendants’ Petition asking the Washington Supreme Court to review the Court of Appeals’ decision, Defendants finally acknowledged “Pearce and OMW were hired by the Attorney General’s Office as independent contractors.”

It only took two and a half years of importuning before Defendants and their lawyers finally admitted the obvious. Defendant Patrick Pearce never was an agent of my dishonest former employers at the Washington Attorney General’s Office. He was merely a tool. 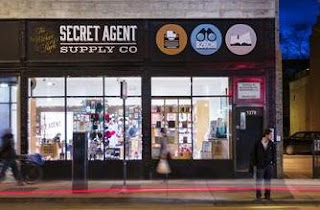