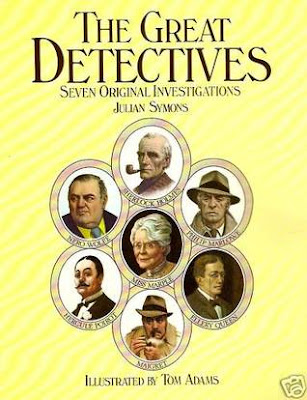 As a longtime reader of mystery fiction, here’s my advice:  if someone is murdered in your home, the last thing you want to do is call a Great Detective. One murder is never enough for them. Instead, the keen intellect of a Great Detective demands a pile of corpses that will eventually be high enough to appear in the final scene of Hamlet.

While the Great Detective is busy monologuing and fiddling with his pipe or mustache, the bored murderer inevitably commits additional crimes. Meanwhile some dim-witted sidekick destroys key evidence. Everyone else gets distracted by red herrings as further mayhem ensues.

In the last chapter, the Great Detective displays his Greatness with a final monologue and a convoluted explanation. That’s how folks like Sherlock Holmes and Hercule Poirot become famous. No one wants to read a crime novel where the obviously guilty party is arrested on page 4, and everyone just moves on with their lives.

Any flat-footed cop can solve one murder. To be a truly Great Detective, you need to justify your hiring with a lot more blood and bodies. 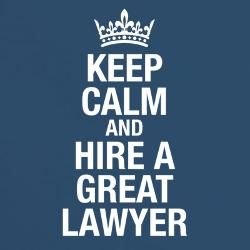 Lately I’ve been wondering whether a similar principle applies to being a Great Lawyer.

American English has an idiomatic phrase, “Don’t make a federal case out of it.” It’s a way of telling someone to chill. But as someone who has practiced in both federal and state court, you should be thanking your lucky stars if you can figure out a way to justify federal jurisdiction. Federal judges enjoy lifetime appointments, luxurious courtrooms, smart and hardworking law clerks, and manageably-sized case dockets. Everything in federal court is civilized and predictable, and everyone is civil and prepared. In contrast, most state trial courts are so crowded and overwhelmed that litigation can feel like you're playing CalvinBall, or buying a lottery ticket.

On the other hand, most people’s legal problems cannot justify big firm tactics or billing rates. When you practice law at the ACLU or at a white shoe law firm, every case is a custom job. In real life, cases typically involve routine issues that can be handled much more efficiently by lawyers who do that kind of work every day. Most of my former law partners are incapable of providing anything other than Cadillac treatment. They’re exactly who'd you call in a bet-the-company situation. But they’d be completely useless in a simple landlord-tenant or child custody dispute.

You wouldn’t hire Sherlock Holmes to find your lost cat. The Hound of the Baskervilles would probably eat Bootsie. Nevertheless, other kinds of mysteries may indeed require Great Thinking and/or great thinking. Similarly, some legal cases justify hiring a Great Lawyer, or at least a great lawyer. The important thing is to be in the right court for each case, with the right lawyer. Preferably a pretty good one. 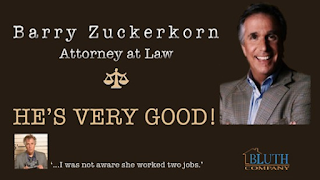 I spent my two decades in private practice at a couple of Seattle’s largest and most respected law firms. If anyone ever even hinted at an accusation of attorney wrongdoing, the first names we would think of to advise us were the lawyers at Seattle litigation boutique Byrnes Keller Cromwell. If Brad or Ralph were unavailable, both of my former law firms maintained a very short list of other similarly sophisticated and principled Seattle attorneys we would trust with our reputations.
Two years ago I approached Ogden Murphy Wallace, "Seattle’s sleaziest bottom-feeding law firm®," in an attempt to clear my name after the firm prepared a character-assassinating personnel report at the behest of my former employers at the Washington Attorney General's Office.

Ogden Murphy Wallace's response was to lawyer up. However, they didn’t call Byrnes Keller Cromwell. Instead, their cheapskate insurers hired the prominent Seattle insurance defense firm Lee Smart, P.S., Inc.
The lawyers at Lee Smart are good at many things. They have trial experience and skills I can only envy. On the other hand, they are also known for less savory traits, like a penchant for gaslighting opponents and lying to the judge. Tactics a lawyer would never get away with in federal court.
As I wrote in “Sometimes We Are All Less Smart,” when I was a naïve young lawyer I was easily duped by Lee Smart’s approach to state court litigation. Since then, however, I’ve figured out lots of ways to take advantage of Lee Smart’s corner-cutting tactics. A couple of years into my lawsuit, Defendants Ogden Murphy Wallace and its partner Patrick Pearce continue to pay the price for early blunders by their Lee Smart attorney.

Unsurprisingly, several months into the litigation Ogden Murphy Wallace fired Lee Smart. (Defendants’ former attorney no longer is a partner at the firm.) Defendants didn’t learn their lesson and try to bring in Byrnes Keller Cromwell. However, they did hire an experienced Seattle malpractice lawyer from another prominent boutique firm. I’d never met Bob, but I was familiar with his reputation.
I still haven’t met Bob. Unfortunately, other than an introductory telephone conversation, I have yet to interact with the Great Lawyer himself. Instead, Bob handed the case over to a junior colleague.
My father is a retired insurance claims adjustor. When he was handling high-value commercial liability claims, there was nothing he hated more than the bait-and-switch experience of hiring a name-brand lawyer and getting stuck instead with some generic junior associate.
Perhaps Defendants’ staffing choice was chosen as a clever litigation strategy, intended to send the message to the judge that he shouldn’t waste his time and energy on Roger’s silly little claim. Or perhaps defendants’ insurance carrier is just cheap. 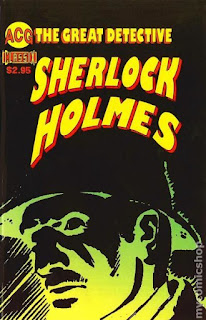 When you represent a defendant, one of your top goals is to figure out a way to get rid of the case without having to go to trial. Judges aren’t supposed to decide issues of fact (that’s the jury’s job), but they are more than happy to resolve legal issues that have the potential to substantially narrow or even eliminate the plaintiff’s claims. When I was still in private practice, I would often moonlight from my primary role as an appellate specialist by writing motions to dismiss or for summary judgment, or by drafting briefs in opposition to motions filed by the other side.

As I’ve previously chronicled, early in my lawsuit the defendants’ attorneys zeroed in on a
shiny silver-colored bullet – Washington’s whistleblower protection statute. Sure enough, they convinced our trial judge to dismiss all of my claims based on this inapplicable technicality. This was the erroneous legal ruling the Court of Appeals reversed earlier this month.

It turns out that Ogden Murphy’s defense lawyers didn’t even write their whistleblower argument. Instead, they plagiarized it from several pages of a brief that attorneys from the Byrnes Keller Cromwell firm had recently filed on behalf of one of their clients in a totally unrelated lawsuit. In the case handled by Byrnes Keller, the whistleblower question was one of many issues before the trial judge at the same time. It didn’t dispose of the entire case, and it was never subject to close judicial scrutiny.

The folks at Byrnes Keller Cromwell would never have bet their client’s future on such a dubious legal argument. In contrast, Ogden Murphy Wallace and its lawyers hoped that the trial judge’s hasty and incorrect ruling in their favor would slip through a crack in the overburdened state court system. Fortunately, that didn’t happen. 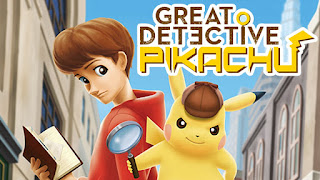 In his novel I Claudius, Robert Graves tells the story of a famous Greek oracle who offered to sell a stack of her prophecies to the emperor. He was notoriously cheap and refused. So she burned half the stack and offered the remainder for the same price. Again he refused. And again she burnt half and offered the rest for the same price. Finally his curiosity overcame him, and he accepted the oracle’s deal.

He must have been a Great Emperor. 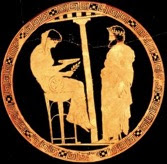 Before filing my lawsuit, I shared Graves’ story of the emperor and the oracle with the defendants’ original attorney. I offered to settle my claim for much less than they’ve now spent on the litigation. So far. I also offered to leave the Ogden Murphy Wallace firm and its partner Patrick Pearce out of the story as I tried to educate the public about the challenges facing people living with mental illness, and about the pattern of incompetence and dishonesty at the Washington Attorney General’s Office.
Defendents and their attorneys never even responded to my offer. In fact, Defendants ignored each of my subsequent efforts to resolve the case. Instead, they’ve stonewalled and relied on futile litigation tricks. When you’re a Great Lawyer, apparently it makes more sense to put your clients’ professional reputations at risk. Perhaps they’re still in denial. God forbid that anyone at Ogden Murphy Wallace should actually examine the damning evidence. Or take responsibility for their actions.

Meanwhile, the amount of money Ogden Murphy Wallace and Patrick Pearce (or rather their penny-pinching insurers) will eventually pay to extricate themselves from our shared disaster continues to increase, even though the relief they ultimately obtain will be less and less complete. Sounds great to me.

Thirty days after the Court of Appeals issued its opinion, the case will be “remanded” back to the Superior Court. We'll start over with more discovery and trial preparation, two years older and hopefully a little wiser.
I wonder when and if the defendants’ Great Lawyer will finally show up. Will Bob turn out to be an empty suit, as so often happens with these Baby Boomer legal dinosaurs? Or will I miss out on ever meeting him, and instead read Bob’s Notice of Withdrawal when his clients fire him?

I’m not sure which I look forward to more. Actually I expect the latter to occur, because that’s what happened last time the attorneys provided by Ogden Murphy Wallace’s cheapskate insurers fucked things up in the case, and exponentially increased Defendants’ exposure.

Either way I’m zen. This month I won my appeal, and life in Bellingham for my family has been going well. Maybe I’m a Great Lawyer after all. Or at least a pretty good one. 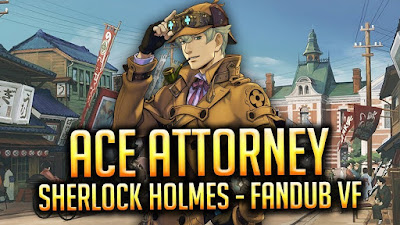