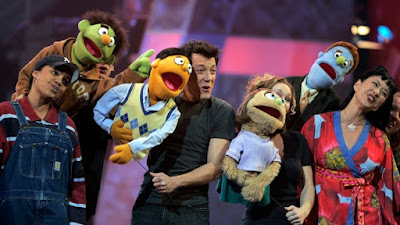 The furry creatures at our house have a barking problem.

In general, both dogs are fine with humans. Too fine – they get so excited they want to jump on everyone and lick their faces. I keep explaining to Bear and Buster that the little old ladies in our neighborhood have brittle bones.

On the other hand, the moment Bear or Buster spots another dog, they immediately yank on the leash. As we get closer, the dogs used to participate in the whole butt-sniffing Kabuki ritual. Lately, however, Bear has decided to treat all canines as enemies, preemptively unleashing his deceptively aggressive bark.

Yesterday as we walked through campus we had an unfortunate encounter with a terrier. I explained to an observer that Bear and Buster much prefer people to dogs. As she petted the boys, she said she prefers dogs to people herself. Obviously she’s smarter than an Aussiedoodle. 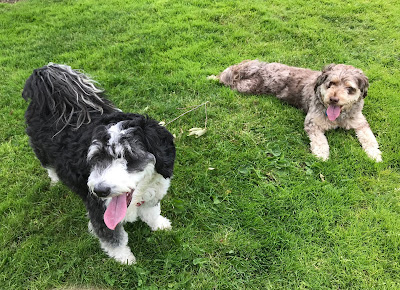 In theory Bear and Buster are my children’s dogs. When I complained to them that Bear was humiliating me in public by barking at every dog he met, they told me to get out the “shock collar.”

According to my heartless children, you put the shock collar around Bear’s neck. When the audio sensor hears a loud noise, the little steel prongs give him a little shock. You can choose a setting from 1 to 5.

I’ve tried putting the shock collar on Bear, but it makes me feel like I’m participating in one of Dr. Mengele’s experiments. For now, the most I can bring myself to do is to display the collar prominently near the back door. Hopefully it will have a deterrent effect on the dogs. The last time the shock collar actually went off was when Eleanor was five feet away squealing. 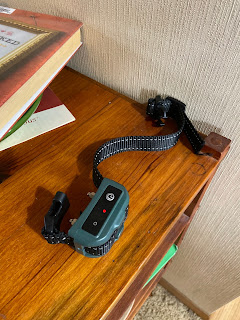 Instead I put the dogs on a short leash. Literally, as Eleanor would say, but this time she’d be correct for once. 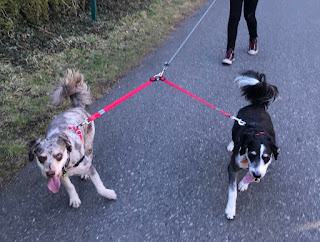 According to Bear and Buster, it’s okay to bark at houseguests as long as you’re also wagging your poofy tail. This is not true.

Every time the kids have friends over, the dogs greet them with a frenzy of wags, licks, and barks. Usually the dogs settle down eventually. However, whenever someone sleeps over, by morning Bear and Buster tend to forget we have a guest. So the unsuspecting teen is likely to be greeted with suspicious growls and barks on the way to the Lucky Charms. Especially from Buster. He’s the dumb one. And the fat one. Rosalind doesn’t like to hear it, but it’s true.

As they say in Avenue Q, Buster also is a little bit racist. I’ve noticed when the guest is Latino or African-American, Buster won’t let up with the barking. The other day Rosalind had a sleepover guest who is a person of color. Buster refused to chill.

Exasperated, I finally blurted out, “Buster, do you realize you’re black?” 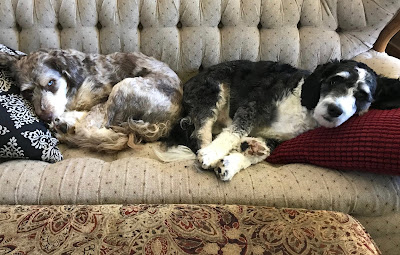