This summer I sensed change in the air.

I could see big changes happening all over – in my mood, health, parenting, writing, life. Change for the better. Sadly, no signs of improvement on the employment or dating fronts, but that’s probably too much to ask.

Now fall has brought a new normal. Or at least the new abnormal. 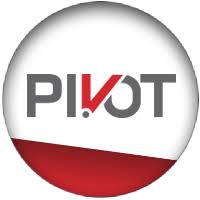 No doubt I’ll be writing more about these changes. In fact, the easiest way for me to track change is to observe what’s happening in my own writing, including my published blog essays. Recent posts have been thoughtful, well-crafted, and measured, regardless of their topics. Even the most difficult topics. A little long-winded, perhaps, but not too long.

For example, at the beginning of the summer I published a weeklong series of essays about my former employers at the Washington Attorney General’s office. I accused them of a pattern of incompetence, defensiveness, and dishonesty, and provided extensive documentation supporting my accusations. After a couple of years of research and pondering, it was time to say everything I had to say about my employer-abusers, tie it all up in a bow, and move on.

After reading the first essay in the series, "Unrighteous Dominion," my mother called to ask if I was about to embark on the kind of semi-deranged rant I was known for in my early days of living with Post-Traumatic Stress Disorder. (Apparently close observers of this blog had an inkling after the first installment that things might go either way.)

I told my mother there would be no ranting. Lately I’d achieved so much serenity that I could finally write about some of my most painful experiences. In fact, as I explained to my mom on the phone, I’d already written most of the final essay in the series, to be called "Pivot," explaining how I’m cheerfully moving on with my life. This essay. I’m done writing about my former colleagues and my workplace trauma, at least until some interesting new development comes along.

At the end of the week, my mother invited me out for a lovely dinner together Friday evening – I’d just handed the kids off to my ex, and she’d just sent my father off to a bridge tournament. Mom said she enjoyed the five essays. She agreed that I hadn’t gone too far.

I forgot to tell her I’d been inspired to share just a few additional blog posts about my legal travails before I finished Pivoting. 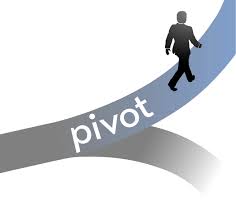 The bonus non-ranting essays weren’t really my fault. I had too much time on my hands.

As summer began, I was waiting for the Washington Court of Appeals to issue its opinion in my appeal regarding the scope of Washington’s whistleblower immunity statute. The Legislature passed the “Brenda Hill Bill” in 1989 to protect private citizens who report misconduct to the appropriate government agency. Brenda Hill's family went bankrupt because her homebuilder retaliated against her with frivolous lawsuits after she reported the contractors' failure to pay taxes on hundreds of new homes.

After settling my employment claims, I filed a separate lawsuit against the outside private investigator firm my employers hired to do their dirty work. Two years ago, the trial judge in my case erroneously concluded that the Brenda Hill Bill grants absolute immunity from civil liability for any injuries caused by government vendors during the course of their contractual engagements. The lower court also ordered me to compensate defendants as supposed "whistleblowers" under the statute, which obviously would have bankrupted me.

I argued my appeal in April. Ordinarily the Court of Appeals takes about five weeks to issue its opinion. However, five weeks passed. Then ten weeks. It became increasingly difficult to plan for two vastly different alternative futures. How can you pivot when you don't know which direction you'll end up facing? I was trapped in Schrödinger's Summer Vacation – paralyzed as I waited for the court to issue its opinion.

I thought the blog’s burst of productivity in July meant my long wait was almost over. However, my subconscious is not on the same schedule as the Court of Appeals. On September 3, 2019 – twenty weeks after oral argument – the Court of Appeals finally agreed with my position, and reversed the lower court’s ruling. My family’s path forward is now clear. At least from a lawyerly perspective.

Meanwhile, it turned out even bigger changes were in the air. For the last few years my ex and I amicably alternated kid weeks. Frankly, alternate weeks is about the ideal amount of kid time – when everyone is sick of each other, it’s time for a break. Meanwhile Rosalind, Eleanor, and Oliver enjoyed the benefits of two loving households. Each of the kids is thriving in Bellingham.

All good things come to an end. In August my ex and his husband filed for divorce, and my ex moved to the Midwest to start a new life. The kids will be staying with me fulltime, but they look forward to visiting Daddy during school breaks. There will be changes and sacrifices for everyone. I respect my ex’s decision, and the new arrangement is the least bad alternative.

The same week as we got the Court’s favourable ruling, the kids and I finished setting up the house, started school, and began our new routine together. So far things are going great. 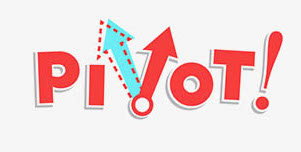 Last week I visited my regular Bellingham physician Dr. Heuristic. He confirmed I had a “mild case of MRSA.” (And you thought that was an oxymoron.) We debated whether Job would prefer a bunch of small boils, or one big one.

Despite a few stress-induced bumps in the road, my doctor is impressed with the progress I’ve made. We discussed whether it’s time to ramp down the dosage on my meds. Dr. Heuristic wrote a flexible new prescription. We both know I’m going to do whatever I want, and that’s excellent.

However, when he popped into the examining room Dr. Heuristic’s first words were “When are we going to see that book?”

Even as my priorities change, I’m still busy reading, writing, and parenting. Lately I’ve been focused on other writing projects besides this blog. Nevertheless, I intend to keep regularly posting blog essays here once or twice a week, probably on Tuesdays and Thursdays. As the story unfolds, my storytelling continues. I don’t know where we’re going. But I can tell we’re going in a new direction.

A good direction. I think. In the past two years I’ve made a lot of progress in many areas, including both my mental health and my writing. But too much of my writing’s subject matter was beginning to feel old and dark. I felt trapped with unpleasant characters, humming songs in minor keys. The Trump backdrop doesn't help. It’s exhausting – to both the reader and the writer – when the top candidates for your story’s Great Theme are “Is the rule of law hopelessly broken?” and “How many biblical plagues is it mathematically possible to endure?”

I for one am weary. But also hopeful. Shouldn’t we live in a world where a truly Great Theme like “Am I a dog person?” competes for dominance with “Will having a green iPhone change my life?”? 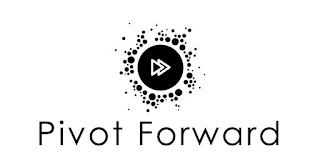