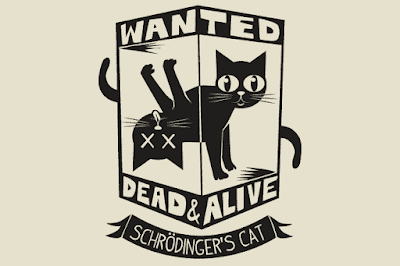 The most famous thought experiment in modern science is about an imaginary cat.

Quantum mechanics is the branch of physics that attempts to describe the universe at the level of atoms and subatomic particles. It involves a lot of uncertainty. In 1935, Austrian physicist Erwin Schrödinger devised a paradox involving a cat in a closed box. Schrödinger's Cat is alive when it's placed in the box. When the box is opened, the cat is already dead. The timing of the cat’s demise depends on the state of a particular radioactive atom in the box, which may or may not have emitted its radiation yet. According to Einstein, Heisenberg, and their uncertain physicist buddies, the cat is simultaneously both alive and dead – at least until someone observes the state of the atom.

This year I experienced Schrödinger's Summer Vacation. It was as if an Amazon box would arrive at our house once a week, at some point each Monday afternoon. The box might be empty, or it might contain a couple of adorable Aussiedoodles. The dogs would either be alive or dead. Like my dreams. 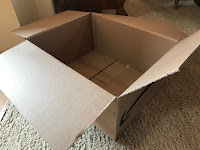 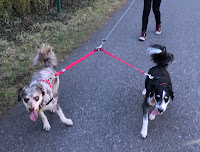 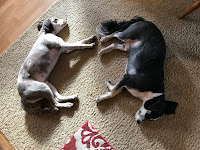 Actually, my family and I spent the summer of 2019 waiting for the Washington Court of Appeals to issue its ruling in my lawsuit against the private investigators that my former employers hired to do their dirty work: Ogden Murphy Wallace PLLC, “Seattle’s sleaziest bottom-feeding law firm®."

One major factor contributing to the problems with my former employer was that Human Resources engaged these supposedly “independent” private investigators to investigate my original complaint about homophobia in the workplace. After I settled my claims against the State, in an attempt to clear my name I naively reached out to Ogden Murphy and asked for a meeting with their Managing Partner. They responded by lawyering up. I was forced to file a lawsuit against the firm in order to obtain answers and relief.

A few months later, the defendants’ lawyers convinced the judge to dismiss the case. They relied on an obscure Washington statute that protects citizen whistleblowers who report potential wrongdoing to the appropriate government agency, RCW 4.24.510. The Legislature passed the “Brenda Hill Bill” in 1989 to protect private citizens who report misconduct to the appropriate government agency.

The trial judge in my case erroneously concluded that this law also grants absolute immunity from civil liability for any injuries caused by government vendors during the course of their contractual engagements. In addition, the lower court ordered me to pay for all of the other side's legal expenses as supposed "whistleblowers" under the statute. 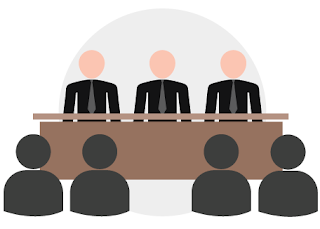 The wheels of justice grind very slowly, particularly in Washington’s underfunded court system. A year after the parties filed all their briefs, the Court of Appeals set April 16, 2019 as the date for oral argument. A panel of three judges was assigned to hear my appeal that day, along with several other cases.

I'm an experienced appellate lawyer. For better or for worse, I not only wrote my own appeal briefs but also handled the oral argument myself. I thought overall the hearing went well. However, opposing counsel made yet another dodgy misstatement that left me tongue-tied for a minute – always a risk when someone with PTSD represents himself. Particularly when you only have ten minutes in front of the tribunal. (No wonder I'm looking forward to someone else being the lawyer when my case returns to the trial court.)

After surviving the appeal argument in April, I was hopeful about my prospects. But I steeled myself for the inevitable impact of living with uncertainty as we waited for the Court of Appeals to reveal its decision. 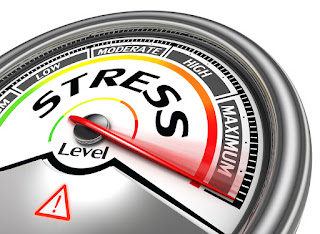 I’ve been living with chronic anxiety for over thirty years. I’m always looking for ways to understand and manage my body's response to life's inevitable stressors.

We’ve learned a lot about stress from a few decades' worth of scientific experiments on rats and college students, as well as from a new generation of brain scanning technology. Some of the factors that aggravate the effects of stress include uncertainty; a perceived or real lack of control; looming and/or indeterminate deadlines; delay; overwhelming responsibilities; and high stakes. 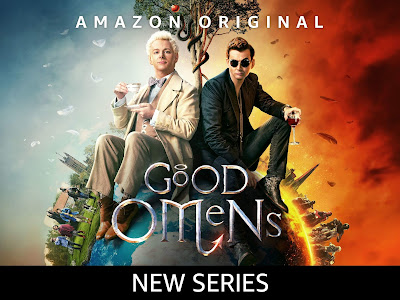 Neil Gaiman and Terry Pratchett’s classic novel Good Omens is the story of how the Apocalypse gets derailed when the Spawn of Satan is accidentally switched at birth. Instead of being raised surrounded by demonic power, he grows up in an idyllic English village.

The new Amazon TV series is fun and true to the book, with David Tennant playing the ambivalent demon Crowley, and Michael Shannon playing the fussy angel Aziraphale. Frances McDormand provides the omniscient voiceover narration, including the following revelation:


“God does not play dice with the universe; He plays an ineffable game of His own devising, which might be compared, from the perspective of any of the other players [i.e. everybody], to being involved in an obscure and complex variant of poker in a pitch-dark room, with blank cards, for infinite stakes, with a Dealer who won't tell you the rules, and who smiles all the time.” 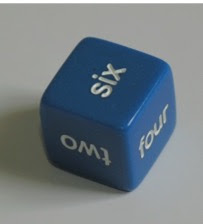 I spent the summer playing a similar cosmic game. Every Monday afternoon from April until September, I repeatedly attempted to log onto the website that lists the Washington appellate courts’ most recent opinions. Each week’s batch of new rulings from Division One of the Court of Appeals would appear at a mysteriously random time between noon and 3 pm.

Some weeks I started intensely fretting several days before. Usually by Sunday evening I could barely function. Once I actually made it all the way until noon before I remembered it was a Monday. To pass the time, most weeks I would analyze all the new decisions and crunch the numbers – looking for potential patterns that might hint at the outcome in my own appeal, from the type of lawsuit to the identity of the lawyers and judges. It was all noise, no signal. Pure uncertainty.

Sometime in July, here’s how I described the situation to my ever-supportive parents:

It feels like someone else is tossing a single six-sided die every week, and I have to wait until Monday afternoon to learn the results. If they rolled a 1, I lose everything I have left, and I have to declare bankruptcy. If they rolled a 2, 3, or 4, nothing happens, and we roll again next week. And if they rolled a 5 or 6, I get a chance to recover all the money I’ve borrowed from my retirement savings over the last couple of years, and the kids finally get braces. Someday. 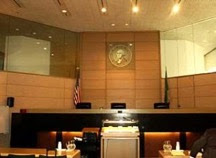 For as long as I’ve practiced law in Washington, Division One of the Court of Appeals has set a goal of issuing its opinions within thirty days after oral argument. Nevertheless, there can be various reasons for a delay beyond then, such as changes in court personnel, administrative responsibilities, the precedential significance of the case, its relationship to other pending cases, tangled precedents, and efforts by the three judges to reach a consensus on a particular issue or on specific language.

Progress on the final opinion can also be stalled if the judges (or rather their poor law clerks) are required to examine additional legal authorities submitted immediately after the oral argument by underemployed obsessive lawyers with too much time on their hands. Er. I was just trying to be helpful.

From the outside, it’s impossible to guess the reason the Court is waiting to issue its opinion in a particular case. On the other hand, there are certain factors that appear to correlate with extended delay. For example, each case is preassigned to one of the three judges on the panel that hears the appeal. Writing assignments are allocated evenly among all the judges. In a civil case like mine, whenever the opinion is written by nine out of the ten judges currently serving on Division One, the Court releases the decision an average of five weeks after the argument. However, if the opinion is assigned to the Court's tenth judge, it won't come out until an average of sixteen weeks after oral argument.

At some point in June, I looked over the statistics and realized which judge was writing the opinion in my appeal. Yep, you guessed it.

Despite my most recent attack of boils as well as the various other biblical plagues besetting me lately, I still try not to take these unfortunate coincidences personally. Nevertheless, am I the only one who thinks my experiences are beginning to defy the laws of statistics?

Anyway. So far this year, this judge’s longest bout of judicial writer’s block lasted 26 weeks. So I was prepared to endure spikes of anxiety every Monday well into fall. However, like everyone else, most judges are ready for a fresh start in September. That's also when their old law clerks leave and the new ones arrive. As I told my parents, Labour Day seemed a particularly auspicious date to circle on the calendar.

Sure enough, the day after Labour Day – twenty weeks after oral argument – the Court of Appeals issued its ruling. In an emphatic published opinion, the Court agreed with my legal arguments, and reversed the lower court’s decision.

I’m immensely grateful for the Court’s ruling and what it means for may family. I’m also glad the Court removed any potential for confusion over the purpose of Washington’s whistleblower protection statute. The ruling prevents the Brenda Hill Bill from being weaponized against other actual whistleblowers in the future. If it took twenty weeks to get there, so be it. Luckily, while I waited I had a wonderful summer of kids, dogs, and good weather. Even on Mondays. 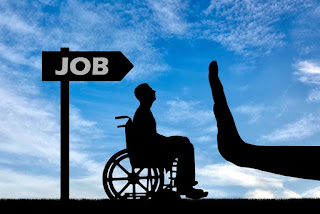 No doubt the judges had their reasons for waiting until September before they issued their opinion. I'll never know what factors contributed to the delay in my appeal, and I don’t take the long wait personally. That’s how well I’m doing these days.

I’m also confident that the judges did not harbour any ill-will toward me as a gay man living with a disability. I’d never personally encountered the judge who wrote the opinion before I appeared before him at oral argument in April. However, I know that prior to joining the bench he practiced as an environmental lawyer at a two-person law firm. For fifteen years, I served on the ACLU of Washington's Legal Committee together with the judge’s law partner. Several years ago our mutual colleague was in a terrible bicycle accident that left him paralyzed. No doubt the judge is intimately familiar with the daily challenges facing people with physical disabilities.

In our efforts to promote diversity and inclusion, often the first step is to look around and ask yourself who is not in the room, and ask why. For example, people living with certain physical disabilities may be excluded by a lack of wheelchair access or sign-language interpretation. Similarly, sometimes the “reasonable accommodation” for particular mental illness symptoms should be self-evident.

Everyone knows people affected by mental illness. Their lives can be improved by simple courtesy and attention. We can all do better. 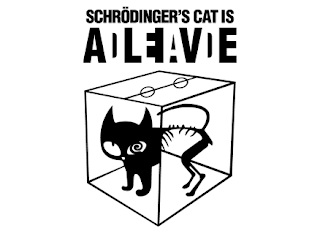