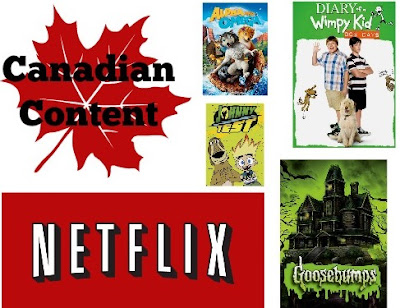 I’ve been a good mood lately. Fall is lovely, Vancouver Men's Chorus is rehearsing Christmas music each Wednesday evening, writing is going well, and the kids are back in school. But even that's not enough to explain my cheery disposition.

In March I began publishing a series of “Rock Bottom" stories, describing how the phrase resonates with many of the strange plagues I’ve encountered in recent years. I still don't know how to identify the absolute depths of "rock bottom." But here's how you can tell when you've turned a corner:  you can see it in your rearview mirror. 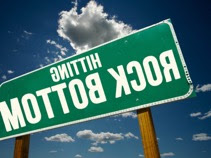 Anxiety and Depression are labels for the categories of mental illness that affect the largest proportion of the population. Here is a model I’ve found useful for contrasting these two distinctive types of mental experiences:

The skewed responses of anxiety and depression are rooted in powerful emotions that generally benefit the species. Humans should worry when a saber-toothed tiger is approaching at high speed. And we should grieve at the loss of a loved one. When these two healthy emotions lose proportion and negatively affect important aspects of our lives, however, they become potentially deadly disorders.

In contrast with my mostly managed anxiety, I’ve personally experienced major depression only a couple of times in my life: thirty years ago at BYU, and three years ago at the nadir of the struggle with my discriminatory employers and their accommodating minions.

In November 2015, my doctor diagnosed me with Post-Traumatic Stress Disorder and severe anxiety. My symptoms were triggered by recent events, but they were rooted in trauma that occurred thirty years ago. Unfortunately, my employers thoroughly bungled their response to my disability.

This was my dream job. These people were breaking the law. I thought if I explained things clearly enough, someone would figure out a way to fix the situation. Unfortunately, everything I tried just made things worse. As the weeks went by, I became increasingly stressed. By the time I hired an experienced employment attorney, I’d completely lost my perspective about essential aspects of my case. I’d become a “client.”

For months, the lawyers representing the Attorney General’s Office absolutely - and illegally - refused to respond to my attorney's inquiries. The combination of disability and delay pushed my stress levels beyond the capacity of even my overdeveloped coping mechanisms. At some point I crossed the line to suicidal depression.

Despite my attorney’s sensible evaluation of the situation, I insisted that we push for me to be reinstated in my position. I couldn't give up hope. By the time of the mediation, I was completely deranged by the dissonance between my delusion and reality.

We finally mediated my claims against the State at the end of October 2016. Of course my reconciliation proposals went nowhere. Instead, with the help of the mediator and my patient attorney we reached agreement on the basic terms of a settlement agreement, and then tied up the various loose ends over the next few weeks.

The most interesting part of the mediation experience was observing how the fog of my depression lifted almost immediately afterwards, and never returned. Without the burden of false hope, I could finally grieve over my shattered dreams, and begin the long process of recovery. 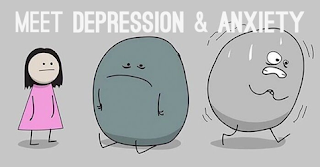 One major contribution to my distress occurred when Human Resources hired a Seattle private investigator. He was supposed to look into my discrimination complaint challenging homophobic bias in the workplace. This investigator was the only person dealing directly with me. He had the last clear chance to avert disaster. Instead, he accommodated my employers' prejudices, and issued a report that clumsily attacked my character.

As I’ve documented elsewhere on my blog, my wrongful termination is just one example of incompetent, unethical, and dishonest conduct by attorneys in the Washington Attorney General’s Office. When these hacks needed a supposedly “independent” private investigator to help with their dirty work, naturally they hired “Seattle’s sleaziest bottom-feeding law firm®”:  Ogden Murphy Wallace PLLC and one of its partners, Patrick Pearce.

After I settled my claims against the State, I reached out to Ogden Murphy and asked for a meeting with their Managing Partner in an attempt to clear my name. They responded by lawyering up, and I was forced to file a lawsuit.

The defendants’ insurance defense lawyers quickly convinced the trial judge to dismiss the case. They relied on an obscure Washington statute that protects citizen whistleblowers who report potential wrongdoing to the appropriate government agency, RCW 4.24.510. The Legislature passed the “Brenda Hill Bill” in 1989 to protect private citizens who report misconduct to the appropriate government agency. The trial judge in my case erroneously concluded that this law also grants absolute immunity from civil liability for any injuries caused by government vendors during the course of their contractual engagements. He also ordered me to compensate defendants as supposed "whistleblowers." This distortion of the Legislature’s intent obviously would have bankrupted me.

After a painfully long delay, on September 3, 2019, the Washington Court of Appeals agreed with my legal arguments. The Court reversed the lower court’s ruling in an emphatic published opinion. The Court of Appeals also vacated the cruel judgment ordering me to pay for all of the other side’s legal expenses.

I'm grateful for this vindication. I’m particularly relieved that my family no longer has to live under the threat of being forced to pay hundreds of thousands of dollars in attorneys’ fees. In fact, the Court of Appeals can probably take credit for a significant portion of my current good cheer.

Depression and anxiety truly are evil twins. When I resolved my claims against the State, I finally abandoned the false hope of returning to my dream job. That mental shift immediately lifted my depression, and allowed me to begin the recovery process. Similarly, for the last couple of years I couldn’t stop catastrophizing about the prospect of the Court of Appeals rejecting my appeal, and worrying about the risk that the judges would order me to pay defendants even more money I don’t have. By removing that dire possibility, the Court’s decision last week immediately relieved many of my anxiety symptoms. Plus the kids started school. Life really is good. 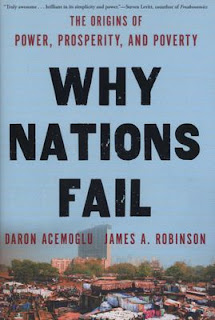 Compared to some of the other plagues that have beset me over the last few years, mere financial ruin wouldn’t justify my level of anxiety over the outcome of my appeal. Besides, judges have ruled against my position numerous times. I can handle it.

Nevertheless, this appeal was different. Not because the case involved me, although PTSD certainly flavoured the proceedings. Rather, I was anxious because of what my experience seemed to say about the precarious state of the rule of law, and about the true nature of the legal profession that had been a huge part of my life for three decades.

Last month I published a book report on the most discouraging book I've read in years, Why Nations Fail, by Daron Acemoglu and James Robinson. The authors identify some of the factors that signal a nation’s decline from an open and inclusive society to an "extractive" state that primarily benefits the privileged and powerful. Looking back over the last four decades, the road from Reagan to Trump has been littered with warning signs.
When you have to go to court, being right should be enough. In my case, anyone who actually read the briefs, cases, legislative history, and factual record can tell you why I won last week. It was not a close call. To the contrary, the facts and law were clear. Ogden Murphy’s twisted interpretation of the statute would have made a travesty of Washington’s whistleblower protection law – particularly their demand that I pay the other side’s attorneys. The result would have the kind of perversion of justice we expect from the Trump Administration, or from other failed and failing states.

Thankfully the Court of Appeals got it right, and reversed the trial court’s hasty ruling. My existential worry turned out to be unfounded, at least for now.

Earlier this week I posted a link to my previous blog essay on Facebook, describing Carol Dweck’s optimistic best-seller Mindset as my “new favourite nonfiction book.”

On the computer screen, “favourite” looked right. But it still seemed odd.

In the past, Canadian spellings only appeared while typing on my laptop in one of my favourite coffee shops in Vancouver. I thought this was another GPS setting in the iOS operating system that runs our family – automatically switching spelling modes whenever we cross the border. The process is completely unconscious, as if I’m touch-typing on an ancient typewriter with a British umlaut key.

However, today I’m at the the iMac in the breakfast nook of our charming mid-century-modern rental house. In Bellingham, USA. I've already sent the kids to school, finished the chores, walked the dogs, answered legal correspondence, read a bit more of Louise Penny’s eleventh Chief Inspector Gamache novel, and completed a couple of other writing projects.

As Dear Evan Hansen would say, today is a good day. In fact, this month they’ve all been good days. Ever since the Court of Appeals lifted the darkest remaining cloud over my family by reversing the trial court’s erroneous judgement.

Then I figured out what's going on. This month I’ve been in an exceptionally good mood. Contented even. To the point that my unconscious had been typing “favour” rather than “favor,” “theatre” rather than “theater,” and "judgement" rather than "judgment."

It turns out I had the spelling algorithm wrong. For the last two years, every time I thought I was in a good mood, I was really just in Canada.