The most depressing book I’ve read in years is Why Nations Fail, by Daron Acemoglu and James Robinson.

The bleakness of Why Nations Fail was particularly stark because I read it shortly after finishing Steven Pinker’s relentlessly optimistic book Enlightenment Now:  the Case for Reason, Science, Humanism, and Progress. According to Pinker, self-perpetuating intellectual and social forces were set in motion during the seventeenth century. Since then, Enlightment values brought dramatic improvements to every meaningful human measure:  life expectancy, health, nourishment, wealth, equality, freedom, happiness….

In Why Nations Fail, Acemoglu and Robinson outline a powerful and much more pessimistic Theory to explain why some nations succeed and most nations fail. Despite the Enlightenment.

For hundreds of thousands of years, long before any nations rose, Homo sapiens lived as hunter-gatherers. While our ancestors were eating nuts and berries, the process of natural selection optimized our huge brains and puny bodies for life in small egalitarian nomadic bands. Our predecessors couldn’t carry around much stuff, but they were healthy and enjoyed lots of leisure.

Then a mere 10,000 years ago, someone had the ostensibly bright idea to settle down and farm. The Agricultural Revolution radically changed society, allowing much larger populations to live together. Humans acquired lots of stuff. Suddenly there was a huge difference between being rich or poor. For the first time, most people were poor and oppressed. And a tiny sliver of humanity was rich and powerful.

Acemoglu and Robinson argue that each subsequent society’s political and economic arrangements can be characterized as either “inclusive” or “extractive.” Mostly the latter.

With inclusive societies, many people participate in political and economic decision-making. Pluralistic nations sustain the rule of law. They create incentives that reward creativity and hard work. The pie gets bigger, and the rich aren’t the only ones who get richer. Rich and poor can even trade places.

In contrast, in an extractive society a small elite controls political and economic power. Elites exploit the remaining population and the nation’s resources. When new leaders come into power, they simply seize the opportunity to become exploiters themselves. Meanwhile, growth occurs at a glacial pace. Even when those in power permit some opening of economic markets, extractive regimes can’t take full advantage of the “creative destruction” that drives robust growth – because the exploiters are too afraid of losing power themselves.

Creating and sustaining an inclusive nation takes hard work. Inertia and greed both have a tendency to push societies into the extractive camp, and then to keep them there. Meanwhile, the virtuous cycle sustaining inclusive nations begins to wind down as resources are diverted from the many to the few.

You can see the result today: an outbreak of hand-wringing thought pieces drawing comparisons between America today and the degeneration of the Roman Republic into imperial tyranny two thousand years ago. 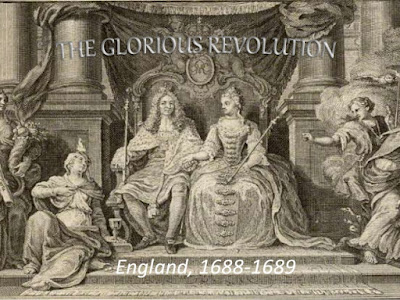 As an English Major, I was particularly interested in Acemoglu and Robinson's theory that the pivotal moment in the development of our modern array of inclusive nations was a historical event most people haven’t even heard of – the “Glorious Revolution” of 1688.

Like the rest of the human world, society in Britain changed very slowly for millennia. The Norman Conquest in A.D. 1066 put new rulers in charge, but it didn’t alter the fundamentals of the nation’s extractive politics and economics. The only excitement came from intrafamily wars for the throne between branches of the Anglo-Norman dynasty, with occasional breaks to focus on fighting with the French over chunks of France. Then for a couple of centuries English civil wars were mostly about religion, culminating in the beheading of Charles I in 1649, Oliver Cromwell’s puritan dictatorship, and the Restoration of Charles II in 1660.

After the Catholic James II succeed his popular brother Charles in 1685, the new king quickly alienated many of his subjects. At this point the British landowners, Parliament, clergy, merchants, and other key stakeholders all decided they’d had enough of the absolutist Tudor-Stuart dynasty. They invited James’ son-in-law William III of Orange and his wife Mary II to rule as Protestant constitutional monarchs.

According to Acemoglu and Robinson, the key to the Glorious Revolution was that it brought together such a disparate group of stakeholders. Each group was motivated by its own selfish interest. But no group was powerful enough to simply seize power for itself. Instead, they had a collective interest in restructuring society to weaken the role of the absolute monarch, and to replace the regime with an inclusive, pluralistic society.

As a result, a small island nation built an empire. More importantly, Great Britain successfully incubated, expanded, and exported its inclusive society. Along with its English-speaking colonial progeny and eventually its European peers, Britain was able to take advantage of the quantum leaps in technology that make modern life possible.

Interestingly, Pinker also traces the development of key modern institutions and values to the same Enlightenment period in English history. Similarly, In Sapiens: a Brief History of Humankind, the more pessimistic Yuval Noah Harari acknowledges that the Scientific Revolution was the most important development for the species since the Agricultural Revolution.

Acemoglu and Robinson’s thesis in Why Nations Fail is that only inclusive societies can harness the full benefits of revolutionary technology. In an extractive society, the elites can’t afford to risk a revolution of any kind. And the rest of the population is trapped in the status quo. 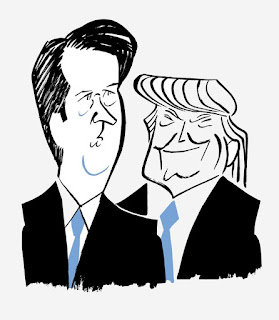 Since the publication of Why Nations Fail a few years ago, the list of inclusive societies has shrunk. It can happen anywhere. In the United States, our broad-based postwar boom ended four decades ago, when the rich started getting much richer. Ronald Reagan managed to put a smiling face on extractive policies. Trump (and the horrors he’s done to/revealed about the modern Republican Party) are the inevitable result.

For example, how’s the rule of law doing these days? Trump and Mitch McConnell have polluted the federal judiciary by giving lifetime appointments to unqualified and unrepresentative judges. Regardless of jurisdiction, many judges don’t bother trying to get it right, because they’re under too much pressure to get it done. Bureaucrats feather their own nests. Lawyers lie more than ever, and it costs too much to expose their dishonesty. There’s a dearth of legal resources for ordinary people. The massive imbalance is obvious whenever a little guy shows up in court alone to face one of the corporate “citizens” favored by Chief Justice Roberts and the other Bush-Trump appointees to the Supreme Court.

My little legal corner of the world offers just one example of how extractive pressures are quietly altering important aspects of civil society. One of my former law partners recently posted David Rothkopf’s wake up call/call to arms. I’ve included the entire text below because the cacophony of alarm bells is itself one of the warnings signs we may already have crossed from Decline to Fall:

It's all these things together and the threat of worse to come. It is the damage that cannot be undone. It is pathology that has overtaken our politics and our society, the revelation that 40 percent of the population and an entire political party are profoundly immoral.

It is a disease that has infected our system and is killing it. At the moment, we still have the wherewithal to fight back. But even those who recognize the dangers of this litany of crimes are proving too complacent, too inert in the face of this threat.

It is one of those moments in the history of a country when there is a choice to be made, a choice between having a future and not, between growth and decay, between democracy and oligarchy, between what we dreamt of being and what even our founders feared we might become. The litany of crises and crimes is so long that we are becoming numb. You have heard of the fog of war. This is the fog of Trump. The volume of wrongs becomes its own defense. Is the president accused of being a rapist? Well, then remind them he is a racist and they'll forget.

This is a moment for leaders to step up. To challenge each of these abuses via every legal means available. To organize and draw attention to them. To blow the whistle if you are in government and you are being asked to violate your oath. To resist and refuse to be complicit.

If you can't do those things that make your voice heard and join a movement, support a political candidate, donate money, register voters, fight voter suppression. But whatever you do, resist becoming numb. Resist the temptation to let the recitation of old crimes and new become a deadening drone.

Everyone matters in times like these. Everyone must stand up for what is right. In their homes. In their schools. In the workplace. In their churches and synagogues and mosques.

We are approaching a great national decision about whether the American experiment will succeed or fail, whether this moment does what two world wars, a civil war and countless past misjudgments and missteps could not.

We will make it together, resist, offer a better alternative, embrace that alternative and the best leaders we can find...or succumb, let the inertia of some among us mark the end of what for two and half centuries was an idea so compelling it inspired the world.

As a parent and a human being, I’m thoroughly depressed about our prospects. Reading Why Nations Fail made it even worse. Still, I haven’t completely given up hope, or concluded we're doomed – not until we see what happens in the next couple of years. 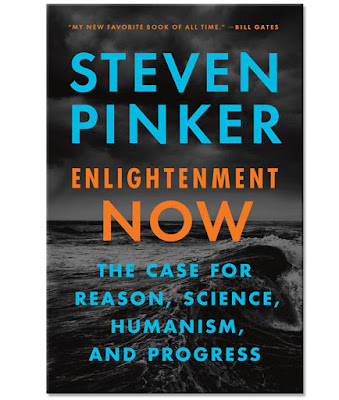