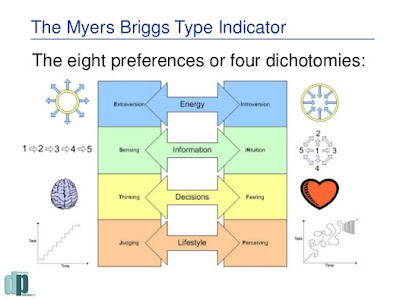 The Myers-Briggs personality type indicator uses neutral, nonjudgmental survey questions to map each individual along four temperament dimensions. The process sorts the population into a total of sixteen personality types, from ENFP to ISTJ.

As I wrote last year in “Astrology for Nerds,” every time I take a personality test it confirms my Myers-Briggs type is INFP. I’m an “Introverted iNtuitive Feeling Perceiver.” Whatever that means. (Click here for pictures illustrating what INFPs are like, and here for pictures applying the Myers-Briggs personality types to everything from Star Wars and Game of Thrones characters to desserts and Disney Princesses.)

According to this Mormon blogger, Jesus Christ was also an INFP. However, the martyred founder of the Mormon church, Joseph Smith, Jr., was an ESFP. Like Ronald Reagan and Miley Cyrus. 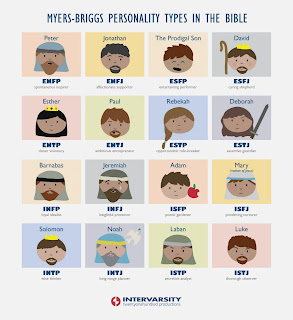 Recently I borrowed my mother’s copy of Rough Stone Rolling, Richard Bushman’s magisterial biography of Joseph Smith. Bushman is a distinguished Columbia University professor who writes both as a faithful historian and as a faithful Mormon. Bushman exhaustively gathered and authenticated nineteenth century records regarding the church’s founding generation. His book elegantly presents the evidence in chronological order. Wherever possible he lets historical figures and their observers speak for themselves. Along the way, Bushman is candid about the thematic connections he perceives.

Originally, I grabbed the book for the purpose of examining Bushman’s account of Joseph Smith's 1839 revelation about leaders who exercise “unrighteous dominion." Then I got sucked into the story.

After reading the entire biography, I have a new respect for Joseph’s unique American genius. You don’t have to believe angels visited Joseph or that God told him to marry other men's wives in order to believe Joseph himself was convinced by his story. Similarly, Bushman didn't persuade me the Book of Mormon was translated from an ancient Semitic-American record, or that the Mormon prophet is God's sole authorized spokesman on Earth today. Nevertheless, many of Joseph’s revelations distill the same universal truths and come from the same corners of the human brain that inspired other visionaries. 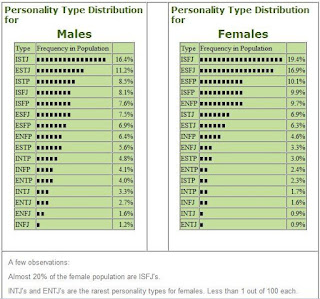 Katherine Briggs was born in 1875. Her daughter Isabel Briggs Myers was born in 1897. Their personality typology and assessment tools grew out of amateur research and unscientific observations of child development, as well as from the exciting psychological ideas that were swirling around in the first half of the twentieth century: Darwin, Marx, Freud, behaviorism, eugenics, you name it.

Katherine was particularly infatuated with Freud’s contemporary and rival Carl Jung – both with Jung’s psychology of archetypes as well as with the Man himself. The four personality dimensions revealed by the Myers-Briggs type indicator are loosely based on patterns described by Jung. Eventually Katherine met her idol when Jung was lecturing in the States. She was suitably impressed. Isabel was more meh.

Observing from the perspective of a century later, I’d argue that Myers and Briggs backed a winner. Freud’s enduring contributions are limited to his historical significance and the very broadest strokes of his psychology of the unconscious; the details of Freud’s sexual development stuff all turned out to be bunk. Similarly, behaviorism offers a poor model of the human mind and brain.

Jung himself was undisciplined, and a creepy sexual harasser. But Jung’s insights about archetypes and the deep structure of human thinking still provide useful tools for analyzing psychology and philosophy.

For what it’s worth, Katherine Briggs and Isabel Myers both were INFPs. Like Jesus, Mr. Rogers, and me. 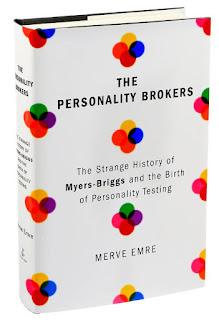 Last month I read Merve Emre’s The Personality Brokers: the Strange History of Myers-Briggs and the Birth of Personality Testing. Unlike Professor Bushman, Emre is openly skeptical of her biographical subjects. In fact, Emre begins her book by describing how she spent thousands of dollars to attend an official Myers-Briggs seminar in order to convince the keepers of Katherine and Isabel’s legacy that Emre could be trusted to see their private papers. It didn't work.

As I confessed last year in “Astrology for Nerds,” I’m already familiar with the many criticisms of Myers-Briggs typology. Some individuals find they’re assigned to wildly different personality types each time they take the test, which undercuts Myers-Briggs’ claim to reveal permanent characteristics. The test also tends to amplify minor differences. According to Jungian theory, there should be a double-humped “bipolar” distribution for each of the four personality dimensions, for example with individuals clustering as either Extroverts or Introverts. Instead, statisticians generally observe a single bell-curve distribution. As a result, individuals with similar test answers may be assigned to very different personality types. Meanwhile, the sixteen Myers-Briggs boxes themselves only begin to capture the diversity of human thinking. On some level, describing INFPs as idealistic perfectionists is like saying all Tauruses are stubborn.

While reading Emre’s skeptical biography of Katherine Myers and Isabel Myers Briggs, I had the opposite experience from my reaction to Bushman’s faithful book about Joseph Smith: I became less dubious about Myers and Briggs' claims for their personality typology. Meanwhile, I developed an increased appreciation for Carl Jung’s legacy, including the role of archetypes, synchronicity, and other connections. And I recognized how the Myers-Briggs prism can help illuminate our contemporary models of brain function, including the nature versus nature debate, as well as the mystery of individual personality. 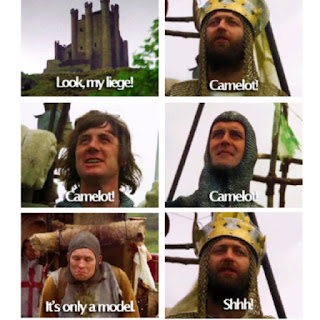 It’s only a model. Duh. As always, the question is whether this particular model is useful to us here in the real world.

In describing the 20th century culture that produced Katherine Briggs and Isabel Briggs Myers, Emre observes the English language of their contemporaries distinguished between character and personality. “Character” referred to an individual’s permanent attributes, while “personality” referred to the carefully-crafted persona each individual presents to the world.

I prefer to reverse the two terms. As the parent of three adopted children who are utterly different from each other, I’m more convinced than ever that personality is hard wired. Regardless of the particular trait you focus on, from introversion to resilience, each human exhibits an individual personality that draws from a familiar repertoire of potential alternatives. The core aspects of one’s personality are discrete and immutable in the same way that one’s sex, religion, or sexual orientation is. These attributes are essential to individual identity. Each only changes – if at all – under extraordinary circumstances.

As a result, personality is a big part of the hand you’re dealt. In contrast, “character” is all about how you choose to play your hand. And about how we as a society agree on the behavioral norms that govern how we all play and work together.

One of the strengths of the Myers-Briggs approach is its emphasis on pluralism and egalitarianism. The test is intended to be neutral and nonjudgmental – mechanically sorting individuals among the various personality types, without creating any hierarchies or preferences. The fun part comes when you try to figure out how different types of people will solve a particular kind of problem, or why you shouldn’t date certain personality types. Again.

Just as importantly, each personality type makes up a small minority of society. When we adopt rules of general application, they can’t be designed to benefit only the ESTJs among us. Or even the INFPs. 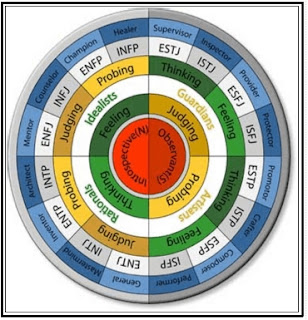