The Last Homely Starbucks in Vancouver 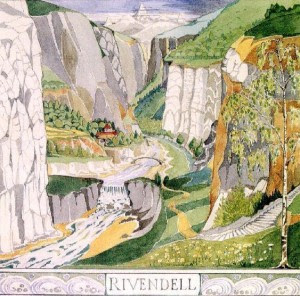 People often ask me to explain the difference between Vancouver and Seattle.

There are many similarities between the two cities. Both are nestled between mountains, forests, and the Salish Sea. Residents of both communities are outdoorsy and passive-aggressive. But the two cities are also very different.

If you seem like a car person, this is how I would summarize the contrast between Vancouver and Seattle for you:

In Seattle, two multi-lane freeways meet downtown. I-90 completes its transcontinental journey and joins I-5 near the stadiums where the Seahawks and Mariners play. Meanwhile, I-5 crawls down the entire length of Seattle’s isthmus, brutally dividing numerous historic neighborhoods.

In contrast, Vancouver has an impressively far-reaching light rail network, as well as many other well-planned urban amenities. However, decades ago, Vancouver’s civic fathers made a ruthless decision: no urban freeways.

So imagine you left Boston and drove west on I-90 for three thousand miles. You finally cross the imposing Mercer Island lid and the Lake Washington floating bridge – only to brake to an abrupt stop on the other side of the lake. Rather than barreling towards downtown Seattle through a final few miles of expensive tunnels and soaring freeway ramps, instead you’re forced to creep on surface streets through mysterious residential neighbourhoods.

That’s exactly what if feels like after you cross the US border and drive north to Vancouver. As soon as you get across the Frasier River and pass the city limits, Highway 99 dumps you at a stoplight on Oak Street. 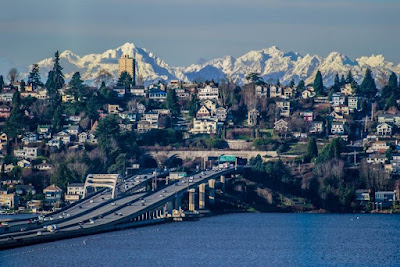 But what about Vancouver’s other freeway, you ask? The mighty Trans-Canada Highway?

Highway 1 indeed cuts across a sliver of the city’s northeast corner before crossing the Second Narrows Bridge and heading to Horseshoe Bay and Whistler. But if you’re trying to get from the Peace Arch to Stanley Park or Davie Village, you have two problems.

First, the route of the Trans-Canada Highway doesn’t go anywhere near the US border crossings. Instead, you would have been forced to wander through miles of berry fields and suburban malls before finding the freeway.

Second, although cars approaching the Second Narrows Bridge on Highway 1 enjoy a shimmering view of downtown Vancouver in the distance, you can’t actually drive there. Seattle analogy:  it’s as if you drove south on I-5, only to discover the freeway suddenly dead ends at Northgate. Then rather than approach the city, you’re shunted to I-405, and forced to drive all the way around Lake Washington instead.

Or we could compare Vancouver and Seattle coffee shops. Here’s my current Vancouver Top 5: 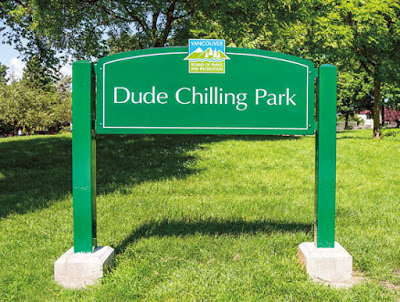 There’s a spiffy branch of the public library, with free wi-fi and comfortable computer stations. There’s a Glory Juice outlet – try Potion No. 8, which combines orange, grapefruit, and lime. Mount Pleasant is also the home of our family’s favourite sushi restaurant. The neighbourhood has ample street parking. In fact, my son and I went out for sushi last Tuesday. We parked across from Dude Chilling Park. (That’s a real Vancouver park sign, not an internet meme.)

The donuts at nearby Cartem’s are nice and puffy, with delicious glazes. Their coffee is also excellent, although the lighting is a little too harsh to linger with your book or laptop. Instead, one hangs out at Western Canada’s first Starbucks Reserve location, on Main at 14th. (Shout out to Starbucks manager / chorus stalwart Chris Lam.)

Starbucks doesn’t count as a coffee shop – it’s more like the American consulate. 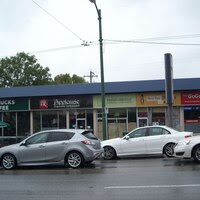 J.R.R. Tolkein's The Hobbit begins with Gandalf and a band of dwarves luring Bilbo Baggins out of his cozy hobbit hole and off on an adventure. After an introductory trek across the wilderness, they stop to enjoy Elrond’s hospitality in the hidden Elven stronghold of Rivendell – the “Last Homely House” east of the sea. In the first book of The Lord of the Rings, Frodo and his companions make a similar pit stop at Elrond's before crossing the Misty Mountains and walking into Mordor. Rivendell is the Last Happy Place before facing a scary world of orcs and road rage.

As you leave Vancouver, you drive south on Granville and then Oak Street. Just before the freeway begins, there’s a small strip mall in the Oakdale-Marpole neighbourhood. At its southernmost tip you’ll find the Last Starbucks before the freeway takes you straight to America.

As you would expect, this remote outpost offers reliable wi-fi, clean washrooms, Evolution™ cold-pressed orange juice, mediocre pastries, over-roasted coffee products, and friendly Starbucks staff. In the parking lot you can tidy the car to impress the border agents. Make sure to dispose of any contraband fresh produce, because a half-eaten orange pushes everyone's buttons at US Customs & Border Patrol.

You enjoy a sip of your ideal Starbucks beverage. Right now that would be a Venti Mango Dragonberry Refresher™, light ice.

Then you sigh, and get on the freeway back to Trumpland. 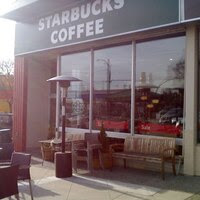 As Tolkein points out when Bilbo makes his way back to the Shire after defeating the dragon Smaug, Rivendell is also the First Homely House you run into on your way home from the wilderness. It sounds quite lovely – feather beds, elves, music, good food. Eventually Bilbo retires there. Lucky bastard.

Driving from the States to Vancouver is a heavenly pilgrimage. Your load gets lighter as you cross the border through manicured Peace Arch Park. The mountains and islands look inviting. Even the air smells fresher, once you’re past the landfill in Delta and the bottlenecked tunnel. Everything is better in Canada.

Thirty-nine kilometers from the border you cross the north arm of the Frasier River and enter the City of Vancouver. Yes, your iPhone is giving you the correct directions. The freeway really did suddenly end at that interminable red light.

It's true the West End is just a few miles further – as the crow flies. But you’re driving, not flying. If you continue going north on Oak Street, the road will eventually dead end without any warning at a creek, miles away from downtown, no left turns allowed. Did I mention the roads are filled with the children and grandparents of Chinese gangsters, all driving Lamborghinis with learners permits? Or that traffic lanes in Canada are a foot or two narrower than lanes in the States?

It's already been a long drive. Before swearing at a semi-truck, or at the spouse who is navigating, wouldn’t this be the perfect time to get refreshed at that homey Starbucks, conveniently located in the strip mall at the next light? 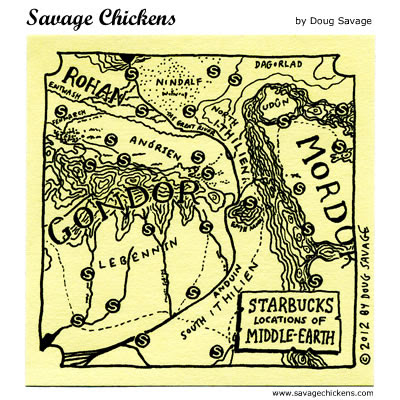