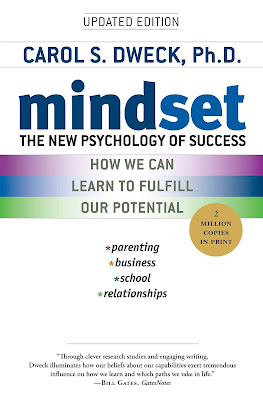 The most encouraging book I’ve read in years is Mindset, by Carol Dweck.

Because Mindset's optimism applies on an individual rather than a societal level, I’m not sure whether Dweck's book can counteract the pessimistic Theory I recently described in my report on the most discouraging book I've read in years, Why Nations Fail, by Daron Acemoglu and James Robinson. 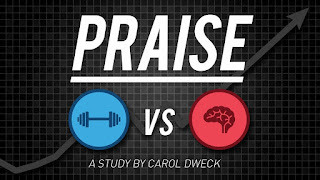 As a parent, I was already familiar with Professor Dweck’s work in educational theory and child development. She’s the Stanford psychology professor who counsels parents to praise their children with the message “good job, you worked very hard” rather than “good job, you’re very smart/talented.”

But parenting tips are just the beginning. Like the pessimistic authors of Why Nations Fail, Carol Dweck has a comprehensive Theory for everyone. 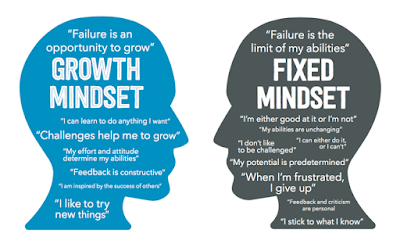 Here is Dweck's definition of fixed and growth mindsets:

In a fixed mindset students believe their basic abilities, their intelligence, their talents, are just fixed traits. They have a certain amount and that's that, and then their goal becomes to look smart all the time and never look dumb. In a growth mindset students understand that their talents and abilities can be developed through effort, good teaching and persistence. They don't necessarily think everyone's the same or anyone can be Einstein, but they believe everyone can get smarter if they work at it.

One image from Mindset sticks with me. It comes from Dweck’s description of a child psychology experiment. Researchers can accurately distinguish between students with a fixed mindset and those with a growth mindset by assigning each child a set of challenging brainteasers.

In my mind, Dweck's example of a boy with a fixed mindset sounds just like my son, wearily sighing at the prospect of work. In contrast, the growth mindset youth rubs his hands together and exclaims “I love puzzles!” 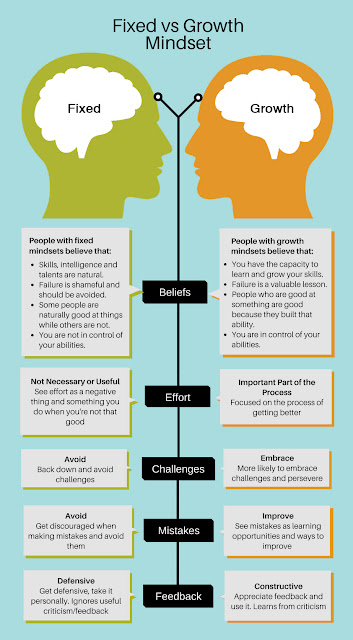 The other day I asked my mother if she remembered me as a particularly anxious child during my idyllic early years in Vancouver. Before my parents ruined my life by moving to Utah just in time for junior high and high school.

In hindsight, I suspect I originally had a sunny growth mindset, with just a slim dark streak of anxiety. But when I was a teenager, the same traumatic experiences that planted the bomb of PTSD thirty years ago also fueled toxic perfectionism and chronic anxiety. Blundering into the unhealthy legal profession made things even worse. I became the poster child for Dweck’s “fixed” mindset.


I've never been a musician. To the contrary, I used to recognize a distinction between “singers” and “musicians,” and apply it to myself. Unfavourably.

It's not just me. Even after conducting Vancouver Men’s Chorus for thirty-nine years, Willi can’t help saying things like “we’ll go over that interlude next week, in the orchestra rehearsal when we’ll have the musicians here.” He means the professional musicians, of course. The talented folks, with their perfect pitch and flawless instrumental technique. Not the volunteer hoi poloi who sing in the chorus.

I’ve always thought of myself as smart person with minimal musical talent, who nevertheless learned how to play a little piano and sight read vocal scores through sheer intellectual effort. Same with art, theatre, poetry, you name it. A vast gulf separated the talented few (and the genius fewer) from the rest of us mere mortals.

Things change. A couple of years ago, I wrote in “Playing By Ear” about the consequences of singing in gay men’s choruses for too long:

Vancouver Men’s Chorus started rehearsals for this month’s holiday concerts the first Wednesday after Labour Day. As we began sight reading the pile of new music, I realized I’d left my middle-aged reading glasses at the beach.

I also recognized that after twenty-seven years of singing in choirs, I had somehow become a musician. I couldn’t read most of the words on the page. But I could still “sight read” the new and new-ish songs. The blurry blobs of notes on the staff, together with my web of memories from all the songs I’d sung over the years, in most cases were enough for me to intuit the progression of chords and melodies in real time.

As Malcolm Gladwell argues in Outliers, it takes about ten thousand hours of intense practice to establish real expertise in a wide variety of human endeavors. Over time, my chorus experience somehow reprogrammed the audio components in my brain.

It's not just showtunes and choral music. Nowadays whenever one of my Korean friends posts something on Facebook in hangul, the nifty Korean alphabet, the voice in my head pronounces the aspirated consonants and alien vowels with an accuracy I never demonstrated as a Mormon missionary thirty years ago. It’s like a Hanukah miracle. 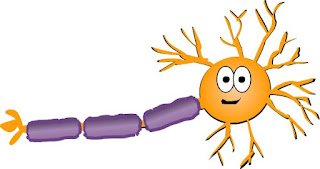 My recent research into brain development also contributed to my changed mindset.

When I was kid, they told us everyone has a fixed number of brain cells. After reaching adulthood, supposedly each time you huff glue you hear the screams of millions of dying neurons. That’s actually true.

What they didn’t tell us was that the most important part of the neuron is the array of “dendrites” that branch out and link to numerous other brain cells. Everything is connected. As we go through life, our brain is constantly making new connections on an anatomical level.

On the psychological level of the mind, our ability to reprogram ourselves is the foundation of Cognitive-Behavioural Therapy and similar mental health tools. Thinking can change our thinking. Everything I've learned about brain science in the last couple of years offers hope to people seeking transformation.


A third epiphany also helped me reclaim my growth mindset.

Over the last few years I’ve endured an preposterous variety of plagues:  mudslides, PTSD, professional disaster, trichotillomania, bad dates, bruxism, legal setbacks, poverty, discrimination, single parenthood, narcissists, bureaucrats….  This week my stomach is churning itself into knots from another round of industrial-strength antibiotics that my doctor prescribed for a new outbreak of stress-induced boils.

Years ago I heard an excellent speech by Dr. Larry Richards, J.D., who markets himself as an expert in “lawyer personalities.” According to Dr. Richards, lawyers start out pretty similar to normal people, but begin to diverge during law school. A few statistics stand out. For example, lawyers rank in the 89th percentile for desiring “autonomy,” and in the 90th percentile for “skepticism.” Conversely, lawyers rank at the bottom for “resilience,” which Dr. Richards describes as

the degree to which a person bounces back quickly from criticism, rejection or setbacks. High Resilience people tend to take these negative events in stride. They aren’t as easily thrown off course by them as Low Resilience people are, and when they are impacted, they recover more quickly.

Most lawyers exhibit low resilience. It goes with our painfully fixed mindsets.

Nevertheless, when bad things actually happen to me, I’m usually “resilient” in the word’s ordinary sense – exhibiting grace under pressure, and bouncing back from true adversity. It turns out I was much more afraid of potential failure than I was ever hurt by actual failure (or rejection, or disaster, or disappointment….) Being forced to deal with one real disaster after another eventually taught me how to bounce back from repeated failure.

The other day my nephew and I were sharing stories about a hapless relative. As he correctly observed, “People can change. They just don’t.”

But they can. And sometimes they do. 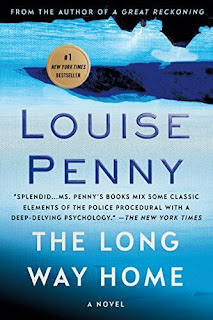 Bellingham is blessed with one of America’s great independent book stories. Among many other literary amenities, Village Books regularly brings authors to speak at our historic Mount Baker Theatre. Last month my mother invited me to hear Canadian author Louise Penny.

Although I’ve always enjoyed the mystery genre, I wasn’t familiar with Penny. She sets her novels in a small town outside of Montreal. My mother is a voracious reader, and enthusiastically recommended Perry’s work. I’ve already binged my way through ten of the fifteen volumes on Mom’s shelves.

Penny turned out to be a charming speaker. No doubt I will be writing more about her insights, and about her winding path to becoming an author. Although she’d loved writing since childhood, Penny didn’t begin publishing fiction until midlife. Previously she had a successful journalism career, and a long struggle with writer’s block.

During the Q & A portion of the evening, one of the audience members asked Penny what changed. Penny disclosed that she's an alcoholic. She only began writing after she finally sobered up two decades ago. As a recovering codependent person, I’m very familiar with the tangle of addiction, compulsion, and codependency. Before you can change your mindset, you have to change your mind.

But Penny also revealed how she’d changed. It’s at the heart of her novels, and what connects loyal readers to Chief Inspector Gamache and her other characters. Even though the books are set in the milieu of murder and murderers, both Louise Penny and her protagonist never stop looking for the good in everyone and everything.

Right now, all I see around me is change. Yet life is good and getting better. That's my mindset. 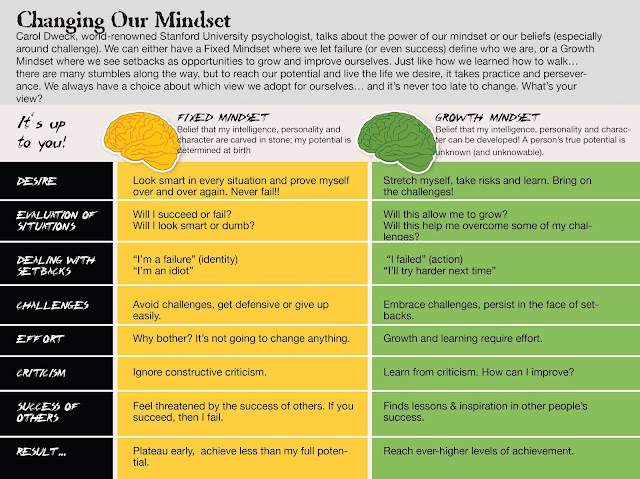