The best class I took while I was in law school was Harold Bloom’s graduate Shakespeare seminar. For law school credit - Yale really is heaven.

Professor Bloom was the Pope of Bardolatry when I was a mere altar boy. Thirty years later, my memories of his in-class sermons and catechisms blur with the volumes of scholarly criticism. What I remember best about Hal at Yale, other than his obsessive identification with Sir John Falstaff, was this observation about Hamlet's monologues: Shakespeare's character is revolutionary because he changes by listening to himself think. 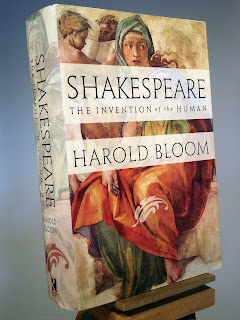 These days I'm the plaintiff in a lawsuit against Ogden Murphy Wallace PLLC, “Seattle’s sleaziest bottom-feeding law firm®,” and one of its attorney/private investigators, Patrick Pearce. Defendants collaborated with my former employers at the Washington Attorney General's Office in a discriminatory and unethical scheme to deprive me of the benefit of the disability attorney I'd hired.

Even though I won in the Court of Appeals, last week I joined Defendants in asking the Washington Supreme Court to accept review of our case. As I wrote in my blog essay “This is what ‘Impact Litigation’ Looks Like,” I try to use my personal experiences to educate folks about the challenges facing people living with both mental illness and a hostile legal system.

When I was in private practice, I would have been alarmed to have a chatty client like me. (I know I make my mother and my lawyers nervous. Luckily I’m not on Twitter). But I’ve learned to trust my instincts, both as a writer and as an experienced civil rights lawyer. Even when I stumble in my efforts to figure things out, I’m always trying to tell the truth. 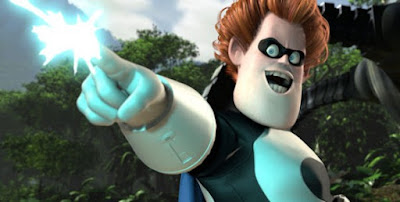 On the other hand, if you’re the only real audience, storytelling becomes “monologuing."

As Hal Bloom’s Hamlet analysis suggests, that’s not necessarily a bad thing. I learn a lot from putting words on a page. However, I’m not doing this solely for my own health. I also write long, sometimes snarky epistles in hopes that someone on the other side will actually read them.

Before his retirement, my father spent four decades as an insurance claims adjuster handling high-value commercial liability matters. He’s been bemused by Defendants’ myopic and reactive strategy. (His current theory:  no one with decision-making authority has read the file yet.) Dad is also a veteran bridge player. Defendants are acting as if they held cards that everyone else at the table knows are not in their hand.
Nevertheless, because I believe change is possible, the impulse to offer second chances is never completely futile.

As I mark each major milestone in the litigation, my wordy navel-gazing isn’t meant to benefit only myself and my benighted opponents. These monologues also provide raw material for future storytelling and public education.

For example, as I was preparing my Answer to Ogden Murphy Wallace’s petition for review in the Washington Supreme Court, I went back and counted the times I offered to settle my claims out of court for a reasonable but increasingly large amount. On each occasion I also explained why Defendants should stop waiting for more shoes to fall:

a < small fraction of Defendants’ litigation costs so far

In addition to collecting my thoughts, giving peace a chance, and raising public awareness regarding systemic problems with the legal system, there’s one final reason I keep writing long letters for Defendants and their lawyers to ignore:  endless conversation at family meals.

Like my father, my next oldest brother is an insurance claims adjuster. Like me, my youngest brother is a lawyer. My other brother does something mysterious with computers for Google. He's the tiebreaker.

For the past three years, I’ve regularly reached out to the other side in the litigation and suggested they change their ways. I've also gave them enough rope to hang each other, then tie themselves to the tracks in front of the runaway train. Which brings us to the eternal question:  Who’s stupider, a lawyer or an insurance claims adjuster? 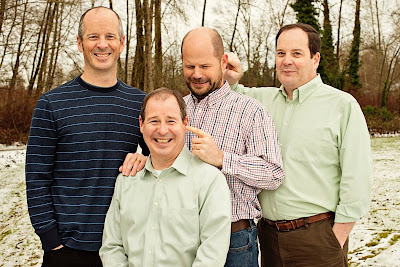