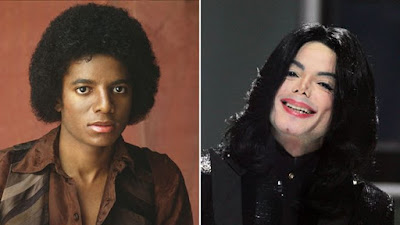 In “Lost Youth, Part 1,” I discussed the current Netflix documentary The Best Worst Thing That Ever Could Have Happened, about Stephen Sondheim and Hal Prince’s 1981 musical Merrily We Roll Along. The doomed original production of Merrily was cast with inexperienced young actors. Each looks back on his or her younger self – and the transformational experience they shared – with wistful awe.

The same week I watched The Best Worst Thing, I finally got up the nerve to stream the powerful new HBO documentary about Wade Robson and James Safechuck, two men in their 30s who accuse Michael Jackson of repeatedly molesting them as children. Like The Best Worst Thing That Ever Could Have Happened, HBO's Leaving Neverland illustrates hows how the events of our youth cast long shadows.

Celebrated documentary director Dan Reed divided Leaving Neverland into a pair of two-hour segments. Most of the first half consists of excerpts from Reed’s one-on-one interviews with Robson and Safechuck, along with interviews with their mothers and a few other family members. These segments are intercut with contemporaneous news footage of Jackson, as well as archival photos, audio, and video from the families.

Robson’s family is from Brisbane, Australia. After winning a Michael Jackson dance contest, Robson met his idol and then was invited onstage at a concert. Soon after, Jackson flew Robson to visit him in the States, and eventually sponsored most of the family’s emigration to California.

Safechuck is from suburban Simi Valley, California. With the encouragement of another stage mother, Safechuck began working in commercials. He met Jackson on the set of a Coke ad. Jackson adopted the family, sneaking over to their ranch house for “normal” nights out, and inviting them to his mansion.

Robson and Safechuck calmly relate parallel stories of being groomed for something special. The sexual details are matter-of-fact and chilling. In each case, Jackson slowly seduced the preteen superfan, both emotionally and physically. Meanwhile, Jackson successfully campaigned to alienate the boys from their families, and to make each boy complicit in their lovers' secret. The twisted bond with Jackson became the foundation of each man's successful career in show business, while disabling their capacity for healthy intimate relationships as adults.

The men’s accounts are relentless and cathartic. Yet the documentary's most interesting and troubling portraits are of each mother – juxtaposing the excitement of their brush with fame with each woman’s gradual recognition that she enabled horrifying abuse.

After watching the first half of Leaving Neverland, you are completely drained, absolutely convinced, and wonder what the filmmakers have left to say. 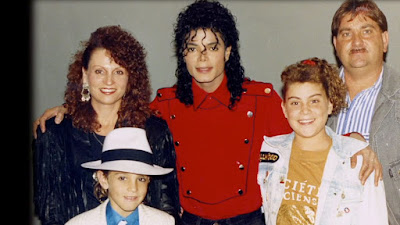 The second half of Leaving Neverland is even more devastating. The documentary’s true purpose is to show how abuse still traumatizes victims and their families many years after the original acts.

The interviews with Robson and Safechuck turn from the crime to the cover-up, as each boys describes how he lied to protect Jackson from accusations of abuse. They also recount the difficulties they encountered as adults attempting to maintain healthy interpersonal relationships. Video footage from their 20s shows a couple of emotionally stunted adults. Robson and Safechuck tell the interviewer “We’re mentally little kids – we’ve just gotten older… Your putting it on yourself … I had a lot of self hatred, and I didn’t know why.”

As a traumatized gay Mormon who became an LGBT advocate, I’ve been examining the tyranny of the closet for more than three decades. Leaving Neverland resonates with other descriptions of the longterm effects of lies and emotional compartmentalization, such as therapist Alan Downs’ classic book Velvet Rage.

Leaving Neverland documents the collateral impact of abuse and deceit. Robson and Safechuck are not the only victims. For me, the most jaw dropping moment of the documentary was when we learned Robson’s father hanged himself the day after the rest of his family moved from Australia to California to be close to Jackson.

The second half of Leaving Neverland also introduces the men’s wives. They describe the challenges of connecting with Robson and Safechuck, and the cloud that lifted when their husbands finally confronted their past with Jackson. The documentary shows how having children themselves became the catalyst for both men's transformation. With effective therapy and the support of their families, each began the long process of excavating memories, rebuilding human connections, and telling their stories. 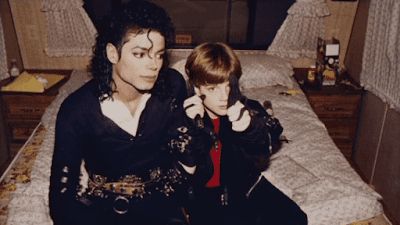 The backlash to Leaving Neverland began immediately after the documentary premiered at Sundance. Diehard Michael Jackson fans refused to credit Robson’s and Safechuck’s allegations, and instead attacked the two accusers. They complained about the filmmakers’ choice to focus on the victims and their families rather than devoting equal time to Jackson’s side of the story. They also criticized the documentary for failing to cross-examine Robson and Safechuck about their motivations and potential inconsistencies in their stories.

Leaving Neverland does include contemporaneous news footage showing other Jackson accusers and defenders. For example, Macauley Culken describes multiple sleepovers with the singer, and insists nothing untoward occurred. I believe him. However, Culkin already was a movie star when he met Jackson, rather than a starry-eyed groupie. Unlike Robson, Safechuck, and similar Jackson accusers, Culkin doesn’t fit the profile of a vulnerable youth ripe for grooming. Culkin's story is completely consistent with Leaving Neverland’s portrait of Jackson as a cunning sexual predator hiding in plain sight.

Recognizing the cultural significance of Leaving Neverland, the online magazine Slate recently published a collection of articles examining the impact of the documentary on Jackson’s legacy. That’s what a paradigm shift looks like. Unfortunately, whether it’s Bill Cosby, Harvey Weinstein, Kevin Spacey, Les Moonved, or the Catholic and Mormon clergy, someone has to be the penultimate accuser – the last victim no one believes, before the evidence finally becomes overwhelming. Abuse is never obvious until it is. 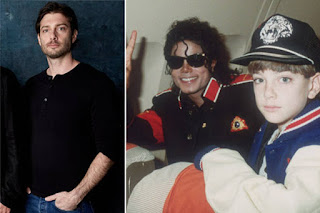 Michael Jackson died ten years ago. Why can’t we all just move on?

As Robson observes in Leaving Neverland, “Secrets kill you… I want to speak the truth as loud as I spoke the lie.”

I can relate to Robson’s and Safechuck’s experiences. Three years ago, my former employers gaslighted and tortured me, then illegally discriminated against me based on the disability they triggered. Telling my story was a vital part of my recovery. Meanwhile, not one representative from the Washington Attorney General’s Office has ever apologized, or acknowledged the harm caused by their actions. To the contrary, they reflexively denied any responsibility, and relentlessly attacked me – even when their increasingly preposterous assertions contradicted the undisputed documentary record, and prejudiced their own legal position.

As long as bullies get away with abuse, victims need to find the courage to tell their stories. Not just for their own mental health, but for sake of other survivors and society. 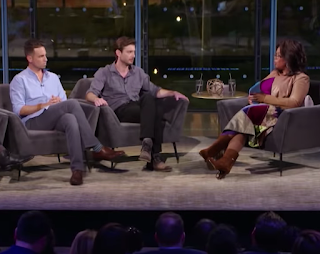