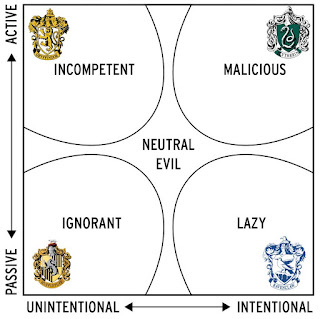 In contrast with my unhealthy obsessiveness four years ago, and despite the many other horrors of 2020, I’ve successfully avoided most election-related triggers so far.

Nevertheless, I was alerted to recent shenanigans at the United States Postal Service through the safely reality-based online filter provided by Slate/The New York Times/New York Magazine/Entertainment Weekly. So when I picked up my mail from the downtown post office box on Monday, I knew I should immediately toss my “voter information” postcard into the nearby recycle bin. 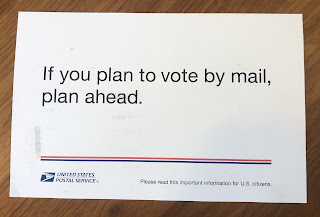 When the mail arrived at home later that day, I saw my bonus copy of the same postcard. This time I made the mistake of reading the back. I got annoyed. So I wrote this essay. It’s part of my continuing recovery process.

As I wrote last month in “A New Hope,” this summer my former colleagues at the Washington Attorney General’s Office removed my various claims against the State to federal court, then filed a quick motion to dismiss. Their opening brief triggered my worst PTSD symptoms this year. Here’s how the conclusion to my response brief begins:

After his long, Kafka-esque journey, Plaintiff Leishman finds himself in this Court pleading for justice. This is an extraordinary case. Upon hearing Leishman’s story, most adherents to Ockham’s Razor would posit that he must be some kind of disgruntled crank relentlessly abusing the legal system, rather than entertaining the possibility that Attorney General Bob Ferguson has chosen to surround himself with chronically incompetent and unethical attorneys. Leishman describes the kind of systemic abuse of power that one would expect to hear about in the other Washington, not here.

Nevertheless, the undisputed and indisputable contemporaneous documentary record speaks for itself. After three years of Leishman’s exhaustive requests under the Public Records Act, neither the Court nor Defendants can expect a secret cache of exculpatory documents to suddenly appear like a deus ex machina. To the contrary, despite repeated invitations, the lawyers at the Attorney General’s Office have failed to present any tribunal with a single scrap of evidence rebutting Leishman’s allegations. Instead, their predictable playbook consists of denial, bluster, and delay. On those rare occasions when the Attorney General’s Office responds to one of Leishman’s whistleblowing accusations with actual factual assertions, close inspection reveals their falsity.

As Hanlon’s Razor advises, “Never attribute to malice that which is adequately explained by stupidity.” Eventually, however, the accumulation of egregious errors adds up to willful blindness, or worse. Perhaps something about Leishman himself deranges his former colleagues. Or perhaps his experience is the result of the same kind of institutional problems as the Attorney General’s Office counseling the Department of Corrections to release dangerous inmates early and the secret plan to destroy incriminating emails exchanged between the State’s lawyers and their outside experts in the Oso mudslide litigation. Either way, the result in Leishman’s case has been a spectacular failure of the State’s mechanisms for public accountability. 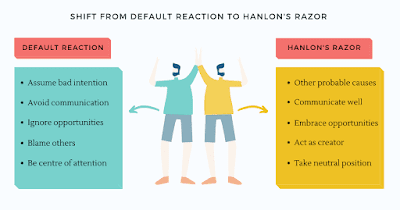 Even a news-avoider like myself has seen the headlines about DeJoy, such as his fraudulent election contributions to Republican candidates as a CEO, and his inability to answer a congressman’s questions about the price of a first class stamp. Then there’s DeJoy’s decision to fire most of the post office’s senior managers and to reorganize many of its procedures for no apparent reason, just in time for a uniquely mail-dependent election. If you haven’t noticed, we’ve come a long way since George Washington and Ben Franklin. 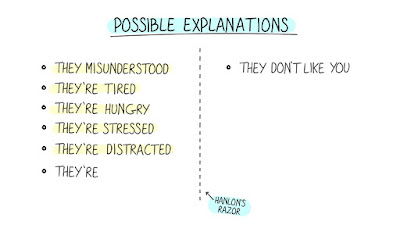 As Paul Krugman says in the introduction to his newest book, Arguing with Zombies, “If you’re having a real, good-faith debate, impugning the other side’s motives is a bad thing. If you’re debating bad-faith opponents, acknowledging their motives is just a matter of being honest about what’s going on.”

One of the memes you’ll see tossed among Krugman’s hand-wringing colleagues on the New York Times Op-Ed page is their relief that Trump’s narcissism and incompetence have preventing him from doing even more damage. Cold comfort while the West burns. Trump’s competently evil collaborators like Mitch McConnell and Bill Barr have done permanent damage to the rule of law, the economy, and the environment.

If you turn over your postcard from Postmaster General DeJoy, you’ll read several bland bullet points about voting by mail. Perhaps his advice will be helpful to newbies in Wisconsin or Florida. Here in Washington we’ve had 100 % mail-in elections for years, with no fraud or failures. But if inexperienced local voters follow the postcard’s advice and wait until fifteen days prior to the election before confirming the status of their voter registration, they wouldn’t be able to vote by mail at all – at best they’d be one of the handful of special-needs Washington citizens voting in person on November 4.

Recently I saw a photograph of a protest poster that read “Not all of Trump’s supporters are racists. But all of them decided that racism isn’t a deal-breaker.” As Hanlon’s Razor suggests, the postcard’s misleading statements about vote-by-mail are probably the result of stupid fact-checking by bureaucratic hacks. But after four years, the underlying pattern of malice – and its inevitable consequences – are undeniable. 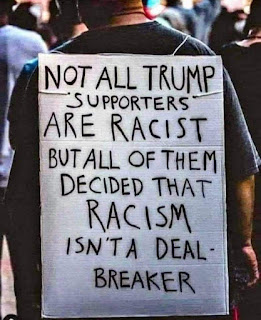